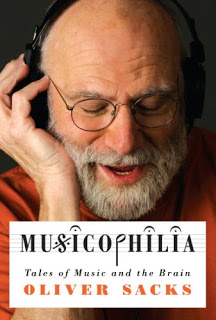 NBCC members and finalists and winners of the National Book Critics Circle book award were eligible to vote in the winter edition of the NBCC’s Good Reads. One of the member voters was critic and anthologist Carmela Ciuraru—here’s what she had to say about her votes.

UNACCUSTOMED EARTH: In these eight stories, Lahiri is less interested in exploring family conflicts than the private moments of sadness that occur in their aftermath. Her exquisite attention to detail is evident throughout, as are her signature themes of assimilation and regret—notably, the tensions between Indian-American children embracing their adopted country and their immigrant parents, still craving tradition and the comforts of home. This collection is every bit as powerful as INTERPRETER OF MALADIES, her Pulitzer-winning debut, though written from a wiser, slightly more melancholy and mature perspective.

MUSICOPHILIA: In his latest, the renowned neurologist Oliver Sacks explores the relationship between music and the mind, and its profound effects on human emotion and behavior. Among other things, he reveals music’s transformative power in the context of pathology and illness, by way of clinical studies, and brings each of his characters’ narratives alive. It’s a fascinating book, and above all, deeply compassionate.

NEW COLLECTED POEMS: This compilation of Boland’s verse spans from the early 1960s to her 2001 book, Code, showing off her extraordinary range. The Irish poet and longtime Stanford professor writes with a startling directness—about marriage, family, and the specter of her homeland—that is often heartbreaking but never sentimental. In the poem “Love” (from her most famous collection, “In a Time of Violence”), she writes: “I see you as a hero in a text—/ the image blazing and the edges gilded—/ and I long to cry out the epic question / my dear companion: / Will we ever live so intensely again?” “New Collected Poems” is an excellent introduction to Boland’s work, but will please longtime fans as well.

Carmela Ciuraru is the editor of six anthologies of poetry, including “Beat Poets.”