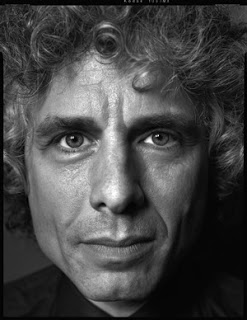 The NBCC invited all the former finalists and winners of our book prize to vote in the winter edition of the NBCC’s Good Reads. Steven Pinker, whose book, “How the Mind Works,” was a 1997 NBCC finalist, answered the call. He voted for James Flynn’s “What is Intelligence.” Here’s what he had to say about it.

Flynn explores one of the most intriguing findings in the social and cognitive sciences: that IQ scores have been rising for decades. Avoiding simplistic dichotomies and politically correct moralizing, he analyzes the ascendance of “scientific spectacles” as a cognitive tool within the general populace. Flynn’s brevity and lack of pretension belie the profundity of the phenomenon he discovered and the forces (whatever they turn out to be) that cause it.

Steven Pinker is the Johnstone Family Professor in the Department of Psychology at Harvard University. Until 2003, he taught in the Department of Brain and Cognitive Sciences at MIT. He conducts research on language and cognition, writes for publications such as the New York Times, Time, and Slate, and is the author of seven books, including The Language Instinct, How the Mind Works, Words and Rules, The Blank Slate, and most recently, The Stuff of Thought: Language as a Window into Human Nature.