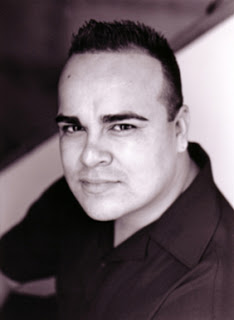 Members and finalists and winners of the National Book Critics Circle book award were eligible to vote in the winter edition of the NBCC’s Good Reads. One of the member voters was poet, memoirist, critic and NBCC board member Rigoberto Gonzalez—here’s what he had to say about his two votes.

This new translation offers an incredible, complex view of New York City of the post-911 era. Medina and Statman discovered fresh resonance in Garcia Lorca’s vision of New York on the eve of the stock market crash and the Great Depression, and have made careful and strategic selections that show why this conflicted love letter continues to hold timeless and necessary truths.

Responding to the anti-immigrant political climate and hostility directed specifically toward the Mexican people, Herrera gathers thirty-six years’ worth of protest poetry to document a history of struggle, survival and perseverance of this nation within a nation.

–Rigoberto Gonzalez is the author of two poetry books, “So Often the Pitcher Goes to Water Until it Breaks,” and “Other Fugitives and Other Strangers;” two bilingual children’s books, “Soledad Sigh-Sighs Soldedad Suspiros,” and “Antonio’s Card/La Tarjeta de Antonio,” and Butterfly Boy: Memoirs of a Chicano Mariposa,” winner of the American Book Award from the Before Columbus Foundation. He is visiting associate professor of English at Queens College, CUNY, and M.F. Steinhardt Visiting Writer at Rutgers University in Newark.