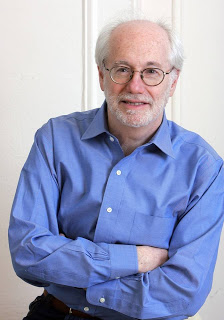 The NBCC invited all the former finalists and winners of our book prize to vote in the NBCC’s Good Reads, Winter List. David Nasaw, whose book on William Randolph Hearst, “The Chief,” was a 2000 NBCC finalist, answered the call and here’s what he voted for and why:

“The Mascot” by Mark Kurzem. This is an enthralling tale, a true story about the author’s efforts to help his father, a survivor of the Latvian persecution of Jews during World War II, recover his memories of his childhood and the murder of his mother and siblings. It illuminates a little known aspect of the Nazi war against the Jews in the Baltic States.

—David Nasaw is the author of “Andrew Carnegie,” “The Chief: The Life and Times of William Randolph Hearst,” and “Going Out: The Rise and Fall of Public Amusements,” among other books. “The Chief” won the Pulitzer Prize. He teaches at the Graduate Center of the City University of New York.