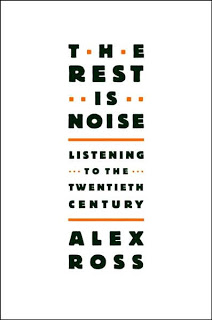 LAST FALL, the NBCC introduced a Best Recommended List. Sure, there are plenty of lists out there, but it seemed few took advantage of the enormous (sometimes overwhelming) connectivity provided by the internet. We wanted to know: what are smart readers not just buying, but reading and recommending to their friends, roommates, coworkers and anyone they can collar?

So the list was born. We polled our 800 members, and all the former finalists and winners of our book prize, asking: What 2007 books have you read that you have truly loved? Nearly 500 voters—from John Updike to Cynthia Ozick—answered the call with recommendations. Over 300 of our member critics voted as well. Tallying all of their votes, we got the first Best Recommended List.

Here it is a few months later, and many degrees cooler, and our winter list is upon us. Even more voters responded this time around—from Annie Proulx to Jonathan Franzen—and even more NBCC member critics than before: almost 600 voters in all this time. (For the rules go here).

We were never crazy about that original title, so we’ve retitled the list—and it’s now called the NBCC’s Good Reads. We are also sponsoring events in 15 cities over the next month to discuss the list, from Sacramento to Cleveland. Want more titles? You can check out the long lists in each category—fiction, nonfiction, and poetry —to see what else got multiple votes.

So come out and tell us what you’re reading, and check out the NBCC’s winter Good Reads list (below). It might be a little harsh to say the rest is noise, but we think that—along with our 2007 book prize finalists—this list is a great place to start if you want to know what to read. You might say the titles on it have been six-hundred times distilled.

*There was a tie for fourth in nonfiction, and for second in poetry