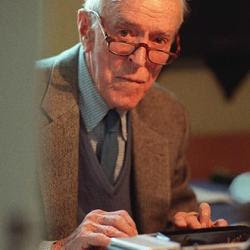 It would be silly to act as if the NBCC’s Good Reads List encapsulated everyone’s taste. To do that we’d need a list nearly a thousand books long. But in the interest of showing the breadth of voting in our winter list, here are are the fiction titles which received multiple votes, including a short novel by Alan Bennett, a new novel by Susan Choi and a collection of the early stories and novels of William Maxwell, who is pictured left, looking rather surprised. The titles are shown alphabetically within the order of highest votes received (i.e., the first four books tied with the same vote totals).