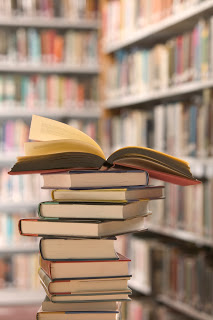 LAST NOVEMBER, the NBCC launched The Best Recommended List, a project we hope becomes an alternative for bestseller lists. Why do we need another option? Well, for starters, bestseller lists reflect what people are buying, not what they’re reading, let alone enjoying.

We wanted to know—what new books were smart readers actually passing on to one another? To figure this out we polled the NBCC’s 800 member critics, as well as the former finalists and winners of our book prize, asking: what 2007 or early 2008 book have you read recently that you’re recommending?

Over 500 writers and critics answered, and when we tallied their votes it created a Best Recommended List. In addition to lists of the 5 most recommended titles, we posted the name of any book which received more than one vote in longlists for fiction, nonfiction and poetry —along with comments by other voters.

On this Tuesday, February 5th, we’re going to launch the next Best Recommended List, with a new name: The NBCC’s Good Reads—Winter List. Thanks to nomenclature consultant Carole Goldberg, whose last minute light bulb brought an end to hours of deliberations by the board.

We’d love for you to be part of the NBCC’s Good Reads discussion. So starting on February 5th, the NBCC is sponsoring 15 events in 15 different cities—from Washington DC to Washington State—to discuss the list, our 2007 book prize finalists as well as recommendations at large. We want to know: how do you choose what to read? Does it matter where these recommendations come from?

Here is the list of panels below. Come out and tell us what you’re reading.

Come hear recent NBCC finalist Edwidge Danticat with novelists Ana Menendez and Diana Abu- Jaber, and NBCC members Chauncey Mabe & Connie Ogle as they talk about how they pick what to read, and the recommendations which have mattered to them (or annoyed them) over the years.

Join NBCC winning poet Amy Gerstler with novelists Katherine Taylor and Darcy Cosper, and members Mark Sarvas and Veronique de Turenne for a discussion about reading, recommendations and how books travel one person to the next.

Join Kansas poet laureate and NBCC member Denise Low for a conversation with Pat Kehde, owner of the independent bookstore, The Raven, and NBCC members Kathleen Johnson and John Mark Eberhart, editor of the Kansas City Star book pages, on what they read and why.

NBCC board member Jane Ciabattari will moderate the discussion, with panelists including NBCC Sandrof Award winner Bill Henderson, Founder/Editor of Pushcart Press; NBCC member, poet and biographer, Ed Butscher, NBCC member and poet, Grace Schulman, and novelist Hilma Wolitzer about how they pick what we read.

Join Vermont poet (and NBCC finalist) Major Jackson, author and social critic James Kunstler, Vermont novelist Ellen Lesser, Northshire master bookseller Robert Gray, and NBCC member, critic and novelist Joseph Olshan for a discussion about how they choose what to read, and the recommendations which have mattered to them.

Join NBCC member and moderator Jen A. Miller for an evening of discussing the fine art of making a recommendation with Philadelphia Inquirer book editor Frank Wilson, novelist Kermit Roosevelt, and authors to come.

Dates still to be determined