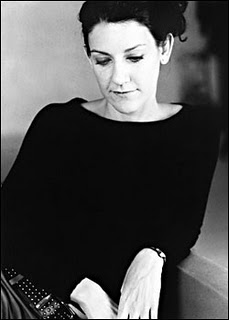 LAST week, the NBCC launched a Best Recommended List, drawn from the votes of our members and over a hundred former finalists and winners of our award. (For more on that go here). One of the voters was NBCC finalist and MacArthur winning author Adrian Nicole LeBlanc, author of “Random Family.” Here's what she had to say about the title she voted for.

The reams of rightfully deserved press that accompanied his debut collection, Drown, as well as the recent Brief Wondrous Life of Oscar Wao, often respond to Diaz's originality and to the freshness of the Dominican American lives he renders with his dazzling prose. I suspect his originality is evidence of his moral purpose. From the sentence-level to the narrative structure, in both scope and in spirit, he treats people and the emotional and physical spaces in which they live generously and unsparingly, by which I mean with microscopic respect. Oscar Wao, the young man at the center of Diaz's new novel, is a young man capable of loving fully–a very rare thing. I'm grateful that we met.

Adrian Nicole LeBlanc is a frequent contributor to The New York Times Magazine and other publications. She has also been the recipient of numerous awards, including a Bunting fellowship from Radcliffe, a MacDowell Colony residency, and a Soros Media Fellowship. She lives in Manhattan. Random Family, which was short-listed for the international Lettre Ulysses Award for the Art of Reportage and the National Book Critics Circle is her first book.