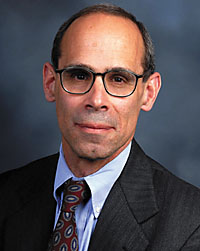 This week, the NBCC launched a Best Recommended List, drawn from the votes of our members and over a hundred former finalists and winners of our award. (For more on that scroll down to the list). One of the voters was Yale professor of English, David Bromwich, and here's what he had to say about his choice.

“The Shock Doctrine by Naomi Klein is a work of originality and courage. Klein argues that the behavioral and punitive sciences, the arts of counter-insurgency and regional war, and the high-market doctrine of economic correctness have been laboratory tested and successfully harnessed over the past four decades in the engineering of organized fear. She draws upon an impressive body of evidence to suggest that the leading political project of our time–a work that cuts across parties and countries–is the replacement of democratic citizens by subjects who are grateful to be ruled.”

–David Bromwich is Sterling Professor of English at Yale University. He has twice been a finalist for the National Book Critics Circle award for criticism — in 1984 for “Hazlitt: The Mind of a Critic” (Oxford) and in 1989 for “A Choice of Inheritance: Self and Community from Edmund Burke to Robert Frost (Harvard University Press). His reviews have appeared in the TLS, London Review of Books, The New Republic, The Nation, and other journals. His most recent book is “American Sonnets: An Anthology.”