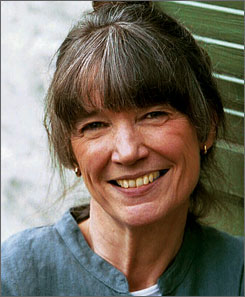 This week, the NBCC launched a Best Recommended List, drawn from the votes of our members and over a hundred former finalists and winners of our award. (For more on that scroll down to the list). One of the voters was Anne Tyler, and here's what she had to say about her choice, “Out Stealing Horses,” by Per Petterson.

“It's a book that seems to me timeless, and one that applies to a much larger world than the tiny rural setting it describes.”

Anne Tyler was born in Minneapolis, Minnesota, in 1941 and grew up in Raleigh, North Carolina. “Digging to America,” her 17th novel, was published in 2006. “The Accidental Tourist” won the National Book Critics Circle in 1985. A member of the American Academy and Institute of Arts and Letters, she lives in Baltimore, Maryland.