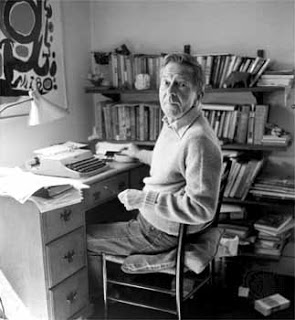 The posts belowregarding John Cheever's Falconerhave generated some mail regarding the upcoming John Cheever volumes to be published by the Library of America (an organization which won the NBCC's Sandrof Award back in 1984). Geoffrey O'Brien, himself a former NBCC finalist in criticism for his book, The Phantom Empire,wrote back from his perch as director of the Library of America with this information:

In 2009, The Library of America will be publishing its 2-volume edition of the works of John Cheever, edited by Cheever's biography Blake Bailey, to coincide with the publication of Bailey's biography. In the first volume will be Cheever's complete novels; in the second, all the stories collected in THE STORIES OF JOHN CHEEVER, seven additional stories from Cheever's 1943 volume THE WAY SOME PEOPLE LIVE, and seven other stories first published in periodicals between 1930 and 1953.