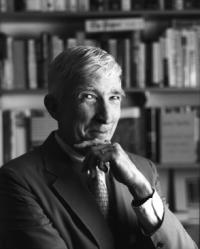 AMERICAN ARTS AND LETTERS have been blessed with few great generalist critics over the years, and fewer still have written novels. The most obvious example — Edmund Wilson — wasn't much of a novelist; the other fellow who comes to mind — Henry James — wasn't much of an American.

In this regard, John Updike stands as America’s great man of letters of the past century. “Evidently I can read anything in English and muster up an opinion about it,” wrote the author of Rabbit, Run in 1975, explaining why his second collection of criticism contained so many essays on fiction from abroad.

Three decades later Mr. Updike is reinforcing this fact with the energy of a much younger critic. Several times a year he files exquisitely textured reviews of art for The New York Review of Books, while The New Yorker carries a dispatch of his every few weeks. Introductions, riffs, op-eds, feuilletons and posthumous tributes pile up, too. Entering his middle ’70s, he remains the Iron John of criticism.

But stamina alone is for drudges. What makes Mr. Updike’s essays worth reading and owning in hardback is the intimate, frighteningly articulate voice that holds them aloft. Due Considerations, his sixth collection of assorted criticism, showcases 701 pages of him describing the novels of Ian McEwan, the gimcrack imagination of Frank Baum, the sinking of the Lusitania and the value of a penny. Occasionally, it feels as if Emerson’s all-seeing invisible eye had picked up a pen.