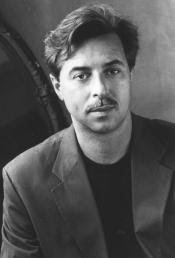 In the fall of 1969, as a freshman, I applied, and was admitted, to Robert Lowell's advanced poetry workshop at Harvard, a coveted class with a limited enrollment of ten. A couple of days later, before the first class meeting, I was called in to see the director of undergraduate studies in the English Department. He told me in no uncertain terms that I could not take the class because I had taken none of its prerequisites. Furthermore, it was not a class open to freshman. When I protested that Professor Lowell had accepted me into the workshop based on the sample of poems I had submitted, the undergraduate director told me that was beside the point, and added that, as a student who had been on campus just over a week, I had a lot of nerve even to think I might enroll in such a class.

The next morning I managed to find Lowell and to share with him my predicament. He heard me out, and without a word, took a matchbook from his pocket and scrawled on it, “Let him in. R.L.” Needless to say, the undergraduate director was furious when I returned to his office and handed him the matchbook. But he signed my study card, dismissed me, and was not particularly friendly to me during my remaining years at the college. I wish I had saved the matchbook.

The poems I wrote as an eighteen-year-old are long gone. Some poems from my college years made it into my first book, but none that Lowell would have seen. But I am grateful that those very early poems served me so well at that time. I would end up submitting a few to the class — which was the first writing workshop I ever took — but those discussions are a blur now. Not the class itself, however, which was unique. We met on the top-floor of Holyoke Center in Harvard Square — a prized seminar room with large windows overlooking Cambridge. There were ten of us in the class. Lowell, of course, sat at the head of the large table around which those of us who were formal members of the class sat. The big room shouldn't have been crowded, but it was. Unlike any other class I ever took, the auditors who attended each week far outnumbered the students. Lowell was not just the best known poet in America at that time, but also a celebrity. It was still possible, somehow, for a poet to be a celebrity in 1969 America. In Norman Mailer's bestseller, ARMIES OF THE NIGHT, about the march on Washington to protest the Vietnam War, Lowell, the critic Dwight Macdonald, and Mailer himself were the improbable heroes. The relationship between Lowell and Mailer was one of the book's principal narratives — which is saying a lot when one considers that the central drama was social cataclysm and war. Lowell in turn had written a poem about Mailer that appeared in his collection, NOTEBOOK, which I had devoured eagerly when it came out in the previous year. Lowell was well known for his distinguished lineage, the descendant of Harvard presidents and seminal American poets. But at the time of our class he was perhaps best known for the ongoing melodrama of his private life: married to a famous critic and essayist in Elizabeth Hardwick, Lowell was apparently shuttling between Cambridge, New York, and England, where he lived with the woman who was to become his third wife, the novelist Caroline Blackwood. All of this was reported in the newspapers. People seemed to be fascinated by Lowell's private travails, romances, bouts of manic depression, confinements in institutions, and so on, all of which he wrote about in brilliant, excruciating detail in NOTEBOOK (a book whose blue-jacketed edition was followed by a red-jacketed NOTEBOOK and then a final volume entitled HISTORY, and a supplemental collection, THE DOLPHIN, whose principal subjects were his second and third wives and their respective children. His many literary prizes and honors were but part of the public mix. It is useful, I think, to have this snapshot of both the public and private man with whom I met each week, but, still, I digress…

The three dozen or so auditors of the class sat each week around the periphery of the room. All were admirers of Lowell, most of them hanging on his every word. There were old and young women, hungry young Boston poets, burned-out older poets, hangers-on, dilettantes. I especially remember a blind, elderly Irish poet who came to our class in a brown tweed jacket, accompanied by his seeing-eye dog, and sat to Lowell's left. As soon as Lowell entered the room, slightly stooped, heavy eyeglasses halfway down his nose, tie askew, and took his seat, the elderly poet placed a fresh pack of Marlboros on the table from which Lowell helped himself to cigarette after cigarette. He chain-smoked. Many of us smoked — at any given moment, perhaps a dozen cigarettes were going. Unlike any classroom today, the room was literally smoke-filled.

At our first meeting, Lowell told us to buy a small paperback anthology, SIX CENTURIES OF GREAT POETRY, edited by his good friend, Robert Penn Warren, and Albert Erskine. At that time, the book cost seventy-five cents. It should have been titled SIX CENTURIES OF GREAT BRITISH POETRY since all the contributors were from the United Kingdom, beginning with Geoffrey Chaucer and concluding with Wilfred Owen. Each class began with Lowell discussing poems from the anthology. Often this discussion constituted practically the whole of the class, superseding the critiquing of our student poems. Though the class was formally a workshop, I was elated. Hearing Lowell read aloud and dissect poems by Marvell, Marlowe, Herbert, Hardy, Donne, Browning — the entire panoply of English verse — was exhilarating, an education in itself. Mostly we listened raptly to Lowell, and asked questions only when he was finished with a given poem. Then, if one of us had the nerve to bring forth a poem of his or her own after a reading of, say, Yeats, we would lapse into a traditional workshop discussion.

Lowell kept his office hours with surprising diligence, considering his complex travel schedule. I remember best the meeting I had with him in which he introduced me to Ralegh's poetry and talked at length about “The Lie” and “The Passionate Man's Pilgrimage,” the rich music and intricate use of metaphor that animate both, and also the passion Lowell had for Ralegh's prose works, especially his HISTORY OF THE WORLD. For the fact that Lowell was generous and thorough in examining the rough, often unformed, work of my own that I brought, I remain grateful. The fact he thought well enough of those early poems to admit me to his class, a boy just a few months out of high school, was, for me, a precious validation of the dreams I dreamed at that time, the notions I had of what it meant to be a poet, and the very idea that I could accomplish something as an artist, producing the poems I hoped to write if indeed I possessed the talent and acquired the proper discipline and caught a bit of luck.

It was the last workshop Robert Lowell would teach at Harvard. In my time there, he never returned, and seven years later he died.

Nicholas Christopher is the author of fourteen books: eight books of poetry, most recently CROSSING THE EQUATOR: NEW & SELECTED POEMS, 1972-2004(Harcourt); five novels, including VERONICA, A TRIP TO THE STARS, and THE BESTIARY, published in July by the Dial Press; and a nonfiction book,SOMEWHERE IN THE NIGHT: FILM NOIR & THE AMERICAN CITY, which appeared in an expanded, tenth-anniversary last year. He lives in New York City and is a Professor in the graduate Writing Division of the School of the Arts at Columbia.