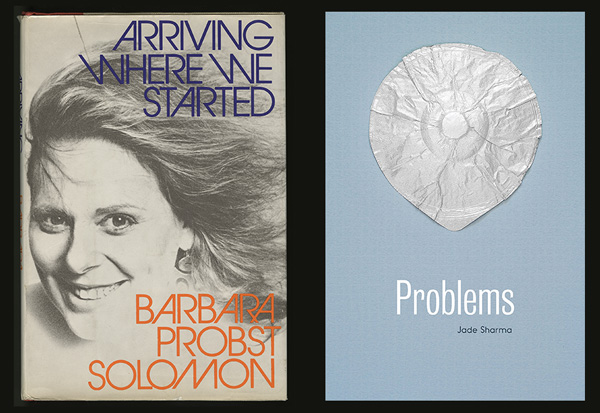 Former board member Barbara Probst Solomon has died. She was 90. Solomon was known for her criticism, her memoir Arriving Where We Started, and her translations from the Spanish. Introducing Afred Kazin in 1996, when he was honored with the NBCC’s Ivan Sandrof Lifetime Achievement Award, Solomon said, “[Kazin] subscribes to Sartre’s idea of freedom as being writing and thinking at the highest pitch. Though, indeed, much has changed for the writer since Sartre’s time, the true prestige of publishers, newspapers and magazines remains defined by the first rate work and moral integrity of the writers they publish, not the other way around.”

Fiction writer Jade Sharma has also died. She was 39. We are sad to hear the news from Catapault, where she had recently been an instructor. Her debut novel Problems was nominated for the Leonard Prize in 2016 by NBCC member Brendan Driscoll, who wrote, “Can you have… a coming-of-age novel in which the coming-of-age is tentative, hesitant, fragile? This edgy, important book insists that you can.”

This week in book criticism, Balakian winner Maureen Corrigan reviewed The Yellow House, Sarah M. Broom's memoir of revisiting her hometown of New Orleans after Katrina. “Out of the materials of memory and archival history, Broom's memoir solidly reconstructs what the forces of nature and institutionalized racism succeeded in knocking down,” Corrigan wrote for NPR. 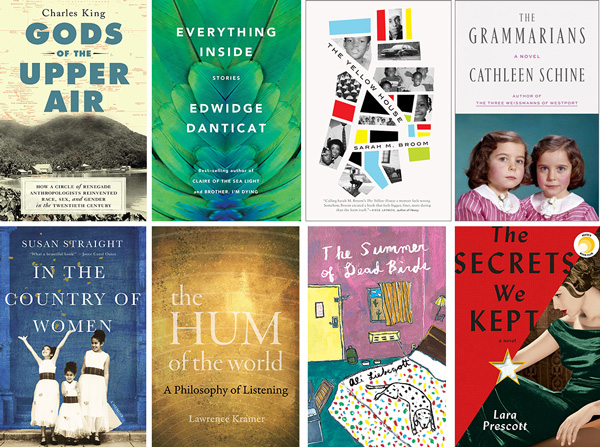 Susan Coll reviewed Nina Stibbe’s Reasons to be Cheerful for the NYTBR and Howard Jacobson's Live a Little for Moment Magazine.

Victoria Chang reviewed Carmen Giménez Smith’s book of poems, Be Recorder for On the Seawall.

Jenny Shank reviewed Edwidge Danticat's Everything Inside for the Minneapolis Star Tribune.

Donna Miscolta reviewed R Zamora Linmark's new YA novel The Importance of Being Wilde at Heart for the Seattle Review of Books.

Ron Slate reviewed The Hum of the World by Lawrence Kramer (Univ of CA Press) for On The Seawall.

Heller McAlpin reviewed The Grammarians by Cathleen Schine for NPR.

Diane Scharper reviewed Teilhard's Struggle, Embracing the Work of Evolution, by Kathleen Duffy in the The New Criterion.

Former board member and Balakian recipient Steven G. Kellman reviewed Lara Prescott's The Secrets We Kept for the Texas Observer.

Julia M. Klein reviews Richard Crawford's Summertime for the Forward and Charles King's Gods of the Upper Air for Sapiens.

Anita Felicelli reviewed Susan Straight's In the Country of Women for Datebook.

Kathleen Rooney published an essay at the Poetry Foundation on Ali Liebegott's Summer of Dead Birds.

Nicole Rudick wrote about reading Ross Gay’s The Book of Delights for The New York Review of Books online.

Jeffrey Mannix reviewed Throw Me to the Wolves by Patrick McGuinness in his Murder Ink column for the Durango Telegraph in Durango, Colorado.

Erika Dreifus's forthcoming poetry collection, Birthright, is one of 22 “favorite books for fall” listed on the website of Alma, “for ladies with chutzpah.”

Meg Waite Clayton's new novel, The Last Train to London (Harper Books, September 10, and coming in 18 translations), is a September Indie Next Good Read, a BBC Top 10 Reads for September, and one of the New York Post's fall books everyone is talking about.

On her website Picking Books, Laura Sandonato writes about discovering knowledge of history through literature.