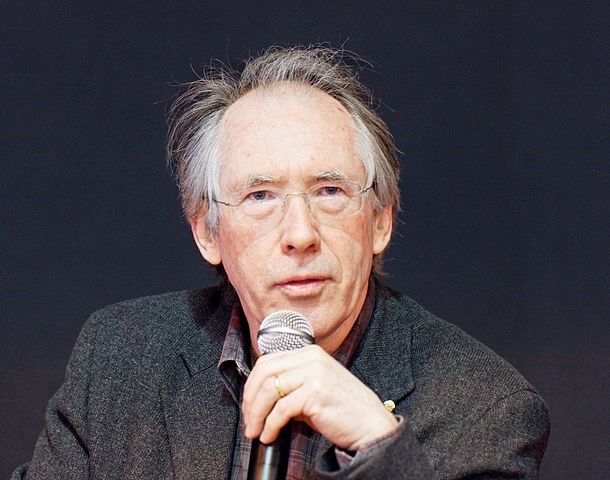 NBCC members: Send us your stuff! Your work can be highlighted in this roundup; please send links to new reviews, features and other literary pieces, or tell us about awards, honors or new and forthcoming books, by dropping a line to NBCCcritics@gmail.com.

Man Booker-prizewinning novelist Ian McEwan may be unaware of decades of science fiction stories, books, television and film, as he told the Guardian that “There could be an opening of a mental space for novelists to explore this future, not in terms of travelling at 10 times the speed of light in anti-gravity boots, but in actually looking at the human dilemmas of being close up to something that you know to be artificial but which thinks like you.” Indeed, he tackles the idea of robots and sentience in his new novel Machines Like Me. NBCC member Julian Lucas reviews it for the New Yorker, noting McEwan's “penchant for moral geometry,” while former board member Ron Charles goes to the Borg in his Totally Hip Video Book Review of it at the Washington Post.

NBCC member Kathleen Rooney reviews Make Me a City, a “whopper of a debut novel” by Jonathan Carr set in nineteenth century Chicago, for the NY Times.

New homeowner and NBCC member Ryan Chapman writes about two slightly terrifying books about home being breached by strangers: The Cabin at the End of the World by Paul Tremblay (2018) and W. F. Hermans's An Untouched House (originally published in 1952, in a new translation from the Dutch published in 2018).

Artist Chris Rush recounts a singular, sometimes dangerous youth in his “stunningly beautiful, original memoir” — The Light Years — which is “driven by a search for the divine,” writes Kate Tuttle, former NBCC president and current board member, at the L.A. Times.

NBCC board member Madeleine Schwartz revisits Zelda Fitzgerald for the London Review of Books, writing that in considering her sole, uneven novel Save Me the Waltz against husband F. Scott Fitzgerald's counterpart, Tender Is the Night, she found she missed Zelda's “energy and fizz.”

In the May issue of the Atlantic, NBCC board member John McWhorter writes about the joy of (often childish) neologisms and playful evolutions of language (because kids).

The spring issue of Ploughshares, out now, was guest edited by former NBCC board member Rigoberto González.

The Akron Poetry Prize, open now for submissions, is being judged by NBCC board member Victoria Chang.

At the Minneapolis Star-Tribune, current NBCC president Laurie Hertzel writes that while three local bookstores have recently closed, another three are opening or coming soon to the Twin Cities. “The three new bookstores will not take their places,” she writes, “but are carving out new niches.” Including candy! And beer!

ICYMI: the Raven Bookstore in Lawrence, Kansas went viral with a Twitter thread about why readers should buy books from their local indie, not massive online retailers. Convinced? Visit an old favorite or new on Independent Bookstore Day, Sat. April 27.

Photo credit: Ian McEwan speaking in Paris in 2011 by Thesupermat via Wikimedia Commons.