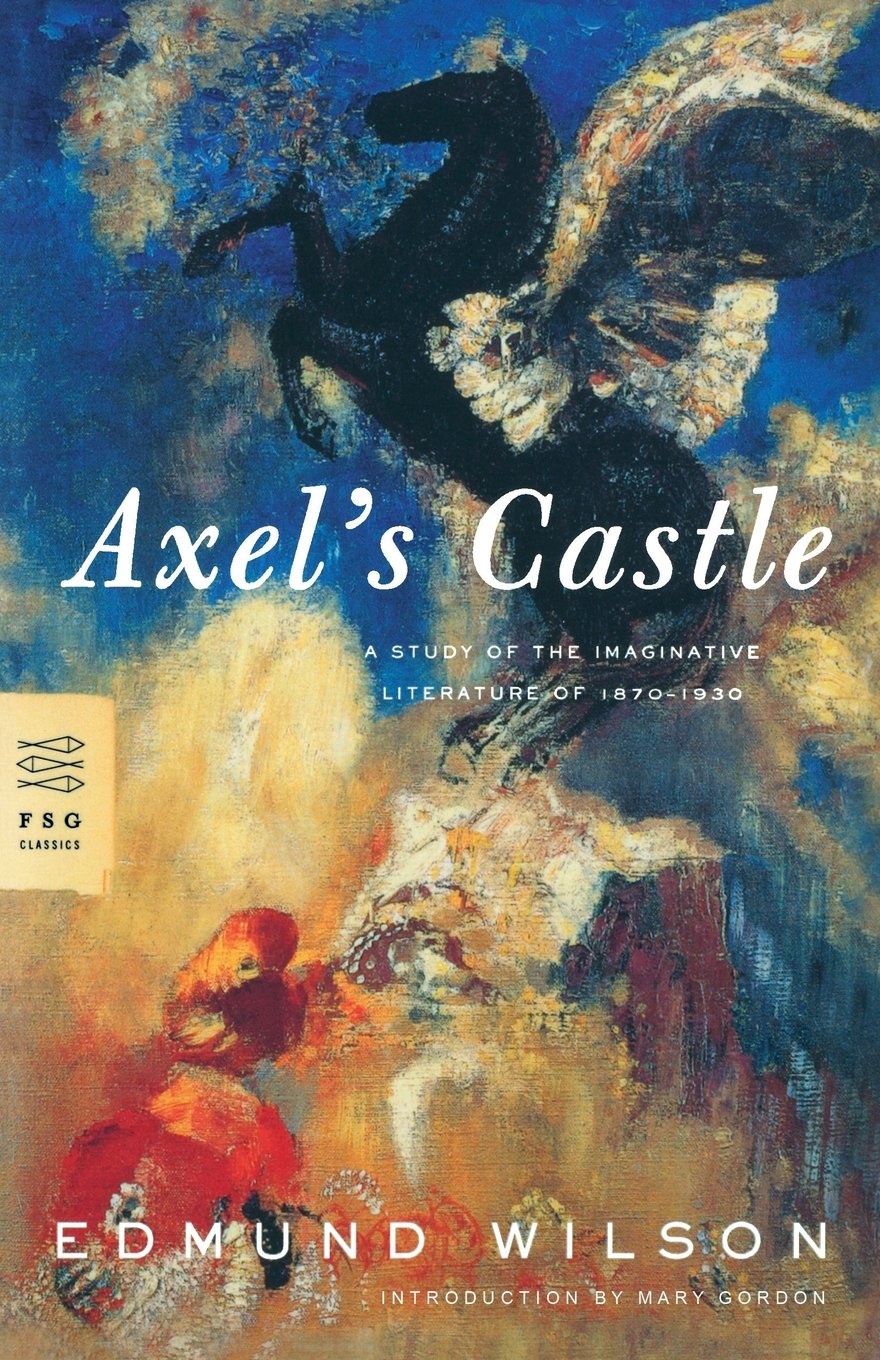 From advocating for more inclusive discussions, to letting a reader know whether or not a book is worth the money, criticism has a multitude of functions. One of the most important, though, is making sense of a book for casual readers. It's with this in mind that—gun to my head—I'd pick Axel's Castle by Edmund Wilson as my favorite book about reading.

By the end of his life, Wilson had tons of achievements under his belt. He was the first literary editor of the New Republic. His scheme, of an American equivalent to the Bibliotheque de la Pleiade, blossomed into the Library of America. But his legacy rests on this book-length survey that demystified Modernism, whose highest achievements were still up for debate at the time of the book’s publication (1931).

To Wilson, the changes in sensibility taking place weren’t a movement so much as a tension between historical tendencies: the Enlightenment’s ration-based concreteness, and Romanticism’s deeply felt embellishments. In Wilson’s reading, Romantic literature was a revolt from “Classicism”—too fixated on mechanical order, and precise to the point at which what was accurate no longer felt “real.” Though the genre of realism sprang from this inclination (Flaubert and Ibsen get high marks), literature had yet to find a method of ascribing sensory experience to feelings.

The point at which these two poles collide is Edgar Allen Poe, whose refined rendering of psychological dread was utterly refreshing to a French readership still ensconced in the age of reason. Remarkably, it wasn’t Poe’s poetry that flipped the switch; his criticism, “to which no one seems to have paid much attention elsewhere,” was studied and expanded upon by a literary culture “reasoned” over “far more than English.” This elaboration gained importance as W.B. Yeats, T.S. Eliot, James Joyce, and Gertrude Stein began their expatriate stints; and as Paul Valery and Marcel Proust began innovating French metre and prose style.

Much of the book’s strength lies in Wilson’s cool, detached tone. He wasn’t trying to be a cheerleader; rather, to contextualize trends in literature that were baffling readers. Many of the techniques employed in The Waste Land, In Search of Lost Time, and Three Lives were just as maddening to Wilson as they were to his counterparts. The difference is that he didn’t get bogged down by the works in isolation. Axel’s Castle is a book about the implications of things—how encountering a new aesthetic can shift the gravity of what is acceptable decades down the line. The smallest changes can have seismic consequences, and by blowing up the mechanics of a small group of writers to several times beyond scale, Wilson enables us to recognize literature as a game of inches.

Thus, the greatest innovation in Ulysses, where its author removes the intermediary between internal and external reality, is so engrossing that it distracts readers from what is supposed to be a parody of the Odyssey. The drama of Eliot’s poetic line, confusing to readers who haven’t engaged with the texts he cross-cuts, is bolstered by his insistence on enveloping his references in music. And though “we may regret the spoiled child in Proust…[born] of rich parents, who has never had to meet the world on equal terms,” we’re unable to look away from a first-rate imagination “recreat[ing] the world of the novel from the point of view of relativity.” Few books written in the 1930s can claim to be the last word on anything, but of the six writers warranting full chapters, Axel’s Castle nails at least four. (Along with Eliot, Joyce, and Proust, the chapter on Yeats does much to explain the poet producing his best work in old age.) Rigorous close reading, paired with clear-eyed historical perspective, allows Wilson’s subjects the dignity of being taken seriously.

And yet there's never a point where he crosses the line into confusing data with clairvoyance. Armed with all this research, it'd be easy to render definitive judgments on an author's worth, but Wilson never portends to know where anyone’s career is going. Instead, he opts to view writing and, by extension, literature, as an imperfect act riddled with pure potential. Progress is impossible without signs of life, after all.

J. Howard Rosier lives in Chicago, where he edits the journal Critics’ Union. His writing has appeared in The New Criterion, Kenyon Review, and elsewhere. He is a recipient of the James Nelson Raymond Fellowship from the School of the Art Institute of Chicago, and an Emerging Critics Fellowship from the National Book Critics Circle.