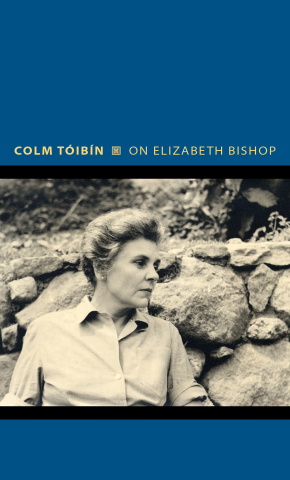 The key to understanding Elizabeth Bishop, suggests Tóibín, is to understand her conflicted relationship with words.

A talented poet, Bishop understood that words, like icebergs, are both alluring and dangerous. Words are unstable; fluid; reactive. They tempt us to suppose lines and distinguish categories, but they also seduce us into thinking they are more precise than they actually are. Their resonance cannot be entirely directed or controlled, despite an author’s efforts.

Some poets embrace the chaos and allow the messiness of words to give their writing power; potentiality; life. Not Bishop, suggests Tóibín. “A true statement for her carried with it, buried in its rhythm, considerable degrees of irony because it was oddly futile,” he observes, “it was either too simple or loaded to mean a great deal.” She was too aware of the inherent instability of words not to be skeptical of statements purporting to be truthful.

And yet she valued precision in descriptions. In a letter Bishop wrote to the poet Robert Lowell, she put it like this: “Since we do float on an unknown sea,” she said—there’s the awareness of chaos, fluidity, instability—“I think we should examine the other floating things that come our way carefully; who knows what might depend on it?”

So we end up with poems like one, called simply “The Fish Poem,” which begins:

I caught a tremendous fish

and held him beside the boat

half out of water, with my hook

fast in a corner of his mouth.

The poem goes on to provide a magnifying-glass view of the fish, “speckled with barnacles, fine rosettes of lime, and infested with tiny white sea-lice.” Its insides are “coarse white flesh packed in like feathers,” but most significant are the “five old pieces of fish-line” attached, their “five big hooks” evidence of previous victories “[l]ike medals with their ribbons frayed and wavering.” And in the end, when “victory filled up the little rented boat,” the tremendous (and carefully-described) fish is abruptly released back into the water.

It’s a memorable poem that also happens to capture more or less perfectly Bishop’s distrust of words. There we are, in a little rented boat, floating on an unknown sea. A fish—and not just any fish, but a tremendous one—comes our way. We study its majesty; note its flaws. But who knows what might depend upon it? Having described it, we throw it back. And if we are awed by the scarred old fish, or scared by the vastness of the unknown sea, best not to say so out loud.

Both Bishop and Tóibín grew up in similar seaside geographies; both had childhoods marked by grievous loss. But the real reason Tóibín’s appreciative critique of Bishop succeeds is that Tóibín shares her predicament. He, too, cherishes the precision of words, while at the same time remaining all too aware of their fluidity, their inherent instability, their vulnerabilities.  He, too, finds the silence between words the safer vessel for the strongest emotions.

Brendan Driscoll's work has appeared in Booklist, The Millions, and other periodicals. His current projects include a study of creativity and commerce among instrumental rock guitarists, and a novel about parenting, male friendship, and immigration status. Originally from western New York State, he now lives in Colorado