The John Leonard Prize, our annual award based on member nominations and chosen by a panel of member volunteers, is awarded for the best first book in any genre. In advance of the announcement, we're inviting members to contribute appreciations of titles under consideration. (If you're interested in doing so, please email nbcccritics@gmail.com with the subject line Leonard.) Below, NBCC member Lanie Tankard writes on Bethany C. Morrow’s debut novel, “MEM” (Unnamed Press). 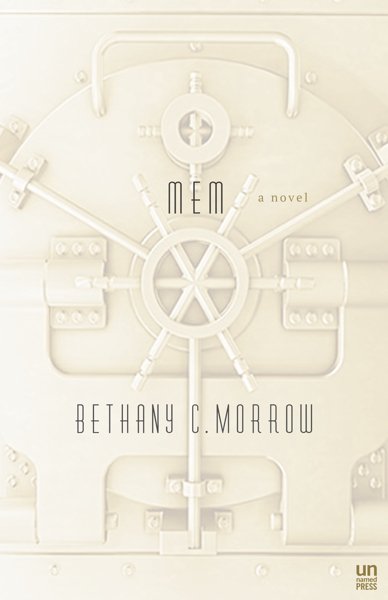 Who owns our memories? In her provocative first novel, “MEM,” Bethany C. Morrow applies both a scientific and a literary lens to this question. Set in the past yet commenting on the present, her plot is grounded on the notion that doctors can extract a memory from a Source and place it in a mirror-image surrogate—a Mem. In 1920s Montreal, Sources retain ownership of their cloned Mems, stored in a hospital-like Vault to keep reliving the same memories until they expire.

Delores Extract No. 1, however, is a resilient anomaly capable of creating her own recollections and preferring to be called “Elsie.” As “the only cognizant Mem to date,” Morrow’s protagonist is allowed to live outside the Vault with Professor Toutant (“the father of extraction science”) and his wife, Camille. Elsie moves freely in the world until she’s recalled to the Vault—where she falls in love.

Elsie, a black Mem, becomes a metaphor representing race, chattel slavery, female scientists, involuntary servitude, and attitudes toward women. Morrow alludes to economic barriers, portraying Mems as expensive bling borrowed from the Vault for cocktail parties—akin to jewelry stored in a safe-deposit box. One Dowager beginning dementia wants three happy memories (“Keepsakes”) extracted as a creative inheritance for her children. Morrow touches on the Nature versus Nurture debate when Elsie tells the Professor he’s focused only on the nature of memories, overlooking “how the Vault shapes them.”

What, exactly, is memory? Socrates observed: “…whatever is imprinted we remember and know as long as its image lasts, but whatever is rubbed out or cannot be imprinted we forget and do not know.” Centuries later, Nobel laureate Daniel Kahneman noticed our “remembering selves” and “experiencing selves,” saying each comprehended happiness differently: “My impression is that the elimination of memories greatly reduces the value of the experience.” Psychologist Daniel Gilbert suggested: “[h]appiness is a noun, so we think it’s something we can own. But happiness is a place to visit, not a place to live.”

As memory extraction departs science fiction and fantasy, it’s been proposed to treat PTSD or extreme fear—albeit cautions about the “Law of Unintended Consequences.” Neuroscientist David Eagleman questions whether memory extraction is ethical if it becomes possible. Who retains memories we share on social media, activating targeted advertising?

“MEM” stokes questions. Would a Source’s identity change once a particular memory vanished, leaving “a fractured or fragmented mind”? Delores Extract No. 1 fires up your synapses. Readers will cheer her on, not anticipating the ending.

Lanie Tankard is Indie Book Reviews Editor for The Woven Tale Press, where she keeps a monthly “Eye on the Indies” [http://wtpcentral.thewoventalepress.net]. She’s also a regular reviewer for World Literature Today.