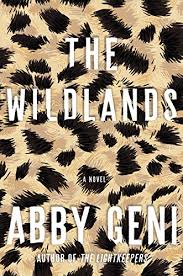 Reminder: It’s time to volunteer for the John Leonard Award committee! Join the conversation on Twitter with the hashtag #NBCCLeonard, and visit our Facebook page to check out the list of candidates generated by the board. Want to write about a favorite? Contact us at nbcccritics@gmail.com about contributing, and learn more about volunteering for the Leonard committee on Critical Mass on our website.

Julie Phillips reviewed “Born to be Posthumous” by Mark Dery for 4Columns.

Rebecca Kightlinger published three book reviews in Historical Novels Review, Issue 86 (November 2018): “Captain Swing and the Blacksmith” by Beatrice Parvin, “The Fallen Architect” by Charles Belfoure, and “The Girl They Left Behind” by Roxanne Veletzos, which was an Editor's Choice for November 2018.

Yvonne Garrett reviewed May-Lee Chai's “Useful Phrases for Immigrants” and Kim Sagway's “Mina” for The Brooklyn Rail. She also reviewed Stephen Walsh's “Debussy: A Painter in Sound” and Aeham Ahmad's “The Pianist from Syria: A Memoir” for Publishers Weekly.

For the Our Man in Boston, Robert Birnbaum interviewed photographer Abelardo Morell, with his recent publication, “Flowers for Lisa.” He also reflected on the masterpiece composition, “Lush Life,” taking notice of a haunting song and performance by Greg Porter. Lastly, Birnbaum wrote about the malignancy of Anti-semitism.

Adam Carroll reviewed Octavio Solis’ “Retablos: Stories From a Life Lived Along the Border” for The Millions.

NBCC board member Laurie Hertzel interviewed Alexander McCall Smith for the Minneapolis Star Tribune, where she is senior editor for books. She also reviewed Richard Beard’s memoir, “The Day That Went Missing,” and wrote her weekly column on why teenagers don’t read as much as they once did.

William O'Rourke reviewed “Flannery O'Connor and Robert Giroux: A Publishing Partnership” for the National Catholic Reporter in the October 5-18 print edition and the October 24, 2018 web edition.

Edward Guiliano published a comprehensive review of studies from 2004 through 2017 of Lewis Carroll’s life and art in “Dickens Studies Annual: Essays on Victorian Fiction.”

Denise Low, poet and critic, reviewed Hadara Bar-Nadav’s “The New Nudity”  in the online edition of Rain Taxi and Joseph Harrington’s “Of Some Sky” in New Letters.

John Domini reviewed “The Hospital,” by Ahmed Buoanani, in The Brooklyn Rail.

Ian P. Beacock reviewed Deborah Coen’s “Climate in Motion: Science, Empire, and the Problem of Scale” for The Atlantic.

Pam Munter’s memoir, “As Alone As I Want To Be,” was just published by Adelaide Books and is available at Amazon—and soon at a bookstore near you.