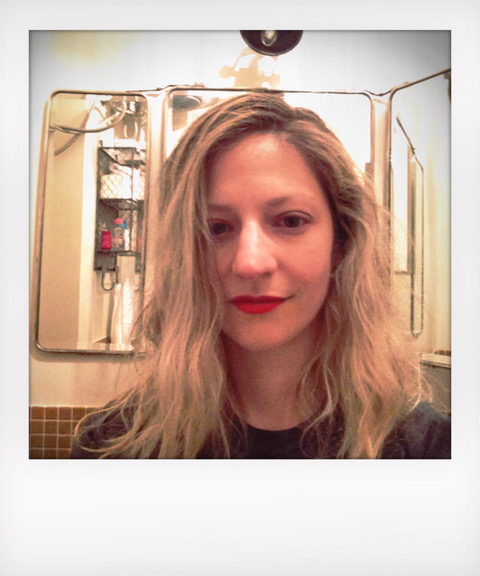 Lauren Elkin is a writer, critic, translator, and academic based in Paris. Her essays and reviews have appeared in the New York Times Book Review, the Guardian, the Financial Times, the Times Literary Supplement, the London Review of Books online, the Wall Street Journal, and Bookforum, among other publications. Her latest book is Flâneuse: Women Walk the City.

What's one recent piece you're especially fond of and why?

I recently had the chance to review the new book by an absolute idol of mine, Eric Hazan, one of the great living writers on Paris and its revolutionary history. His book The Invention of Paris is a classic, and was in a way a major model for Flâneuse. So when Verso brought out his latest, A Walk in Paris, I jumped at the chance to write about it for The Guardian. Reading the book I found that although our politics of the city are very much aligned, our sense of who to read and watch was not; Hazan’s reference points are all masculine, even down to the present-day, and mine are resolutely not. I was very glad to be able to point to women who’ve engaged brilliantly with the city like Agnès Varda or Anna-Louise Milne in my review, while remaining enthusiastic about Hazan and his book in general.

It’s not news that the internet changed everything, but I’m most interested in the accessibility of criticism, whether that be doing away with paywalls or making academic articles available without institutional affiliation. I was pleased to be able to contribute an essay on open source criticism to Houman Barekat and David Winters’ collection The Digital Critic: Literary Culture Online, where I made this argument more fully.

On the question of paywalls: I understand that magazines and newspapers need to fund themselves—I write for two paywalled publications, the Financial Times and the Times Literary Supplement—and it sometimes feels like when I write for these places, I might as well just be writing in my journal or holding forth at a dinner party; hardly anyone sees it except for an elite group of subscribers. The argument could be made that paywalls make it possible to pay us journalists and critics. But have you seen the TLS’s rates? I find it hard to believe that a Murdoch-owned paper has that difficult a time keeping the lights on. Pay your writers more and make your pieces available to a larger readership, Murdoch.

To understand what the writer is up to, and to convey that on the page. There’s a line in Brian Massumi’s introduction to Deleuze and Guattari’s A Thousand Plateaus that I take very much to heart: “The question is not: is it true? But: does it work? What new thoughts does it make it possible to think? What new emotions does it make it possible to feel? What new sensations and perceptions does it open in the body?” I think it’s a very potent way to approach literature in particular; it certainly frees us from a kind of moralizing approach to writing, to which I simply don’t adhere. I'm a formalist critic; I'm less interested in plot and character and verisimilitude and more drawn to questions of genre, form, narrative, and how these issues connect up with more broadly political questions.

What did you find especially challenging and/or rewarding when interweaving memoir with cultural criticism in your book?

Justifying the memoir material. I was constantly running back through the manuscript asking questions like: Why is this here? Why does this need to be here? Am I writing about this experience because it opens the discussion up to something more broad, that readers can tap into or think about in terms of their own lives, or am I simply grandstanding? Coming from my background as an academic, I had originally wanted the book to be purely cultural criticism, but as time went on I started to see that the book needed both kinds of writing.

How do you think your reviewing style has changed?

It’s loosened up a lot, the further I get from academia!

This is going to sound really partisan because I’m a contributing editor there but The White Review is publishing some of the very best writing and criticism around at the moment. It's a publication that's really committed to publishing writers who might just be starting out as well as voices we're more accustomed to hearing from. Please send us your work! I also think The Paris Review Daily is absolutely the place to be since the brilliant Nadja Spiegelman took over as editor there.

Not really—I love the idea of podcasts but I never have time to listen to them very attentively, I’m always doing other things like cooking or cleaning. I always think I’ll try listening to them while walking places but then I end up listening to music or just leaving the headphones off and taking in the city. And in any case I’m very text-oriented; if I’m going to engage with an idea properly I need to see it written down. It’s probably very logocentric of me but it’s the way I function.

Again this is going to sound really partisan because of my links to Tthe White Review but Fitzcarraldo Editions are just publishing the absolute greatest stuff. And it’s not just me who thinks so—their writers have recently won the Nobel Prize (Svetlana Alexievich) and the Man Booker International. They’ve just published Annie Ernaux’s The Years—she’s one of my favorite writers of all time—and they’ll be bringing out some of her other work as well. (It’s available from Seven Stories in the US.) I’m also a big fan of And Other Stories in the UK, and Les Fugitives.

In the US there’s Dorothy, Feminist Press, Coffee House Press, Semiotext(e). I will read absolutely anything these people publish.

In terms of authors I’ve just discovered Meghan Hunter, who wrote The End We Start From, and I’m absolutely in awe. There are such amazing people working in the UK—Deborah Levy, Lara Pawson, Isabel Waidner, Joanna Walsh, Lavinia Greenlaw, Sandeep Parmar, Vona Groarke—they’re really breaking out of the cozy but narrow confines of late 20th-century British writing, making work that makes you completely re-evaluate what writing can be.