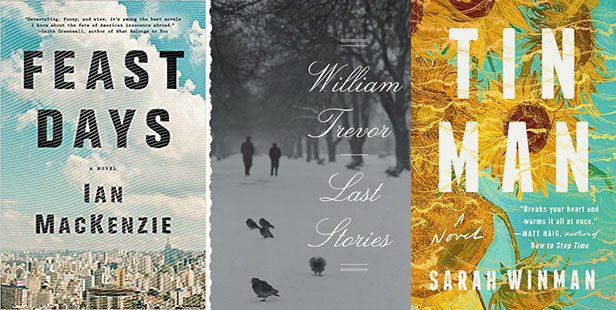 For Literary Hub, Tobias Carroll wrote about the overlap of critical acclaim of horror stories with our current political moment. He reviewed Lucas Mann’s ‘Captive Audience’ for the Barnes & Noble Review, interviewed Stacy Horn about her new book ‘Damnation Island’ for Curbed, and Nicola Griffith about her novel ‘So Lucky’ for Hazlitt. He also posted the latest installment of his Watchlist column at Words Without Borders.

Ron Slate reviewed Rebecca Kauffman’s novel ‘The Gunners’ (Counterpoint) for On the Seawall.

Former board member Karen R. Long reviewed Michael Pollan’s ‘How to Change Your Mind: What the New Science of Psychedelics Teaches Us About Consciousness, Dying, Addiction, Depression, and Transcendence’ for Newsday.

Chris Barsanti wrote about Norman Mailer for The Millions. He also reviewed ‘Russian Roulette’ by Michael Isikoff and David Corn for PopMatters.

Allen Adams reviewed ‘Like Brothers’ by Mark & Jay Duplass and Rachel Slade’s ‘Into the Raging Sea’ for The Main Edge.

Michael Magras reviewed ‘War on Peace’ by Ronan Farrow for the Houston Chronicle.

Jenny Bhatt interviewed Dr. Vera Tobin for PopMatters. They discussed her latest non-fiction book, ‘Elements of Surprise’, and how cognition, linguistics, and narrative techniques help with the “well-made surprise” in fiction – books and more. They also talked about how the same elements also feature in fake news, how “dumb-smart” stories work, and more.

Hamilton Cain reviewed Carys Davies’ ‘West’ in the Minneapolis Star-Tribune, and Michael Ondaatje’s ‘Warlight’ for the June issue of O, the Oprah Magazine.

Sarah Johnson interviewed Susan Meissner and Mindy Tarquini about their novels set during the 1918 influenza pandemic for the Historical Novels Review.

Diane Scharper reviewed three books for the (February 9-22, 2018) issue of the National Catholic Reporter: ‘Barking to the Choir’ by Gregory Boyle S.J.; ‘St. Clare of Assisi’ by Bret Thomas; and ‘When the Past Begins’ by Amy Tan.