In the 30 Books in 30 Days series leading up to the March 15 announcement of the 2017 National Book Critics Circle award winners, NBCC board members review the thirty finalists. Today, NBCC board member John McWhorter offers an appreciation of Adam Rutherford’s 'A Brief History of Everyone Who Ever Lived' (The Experiment). 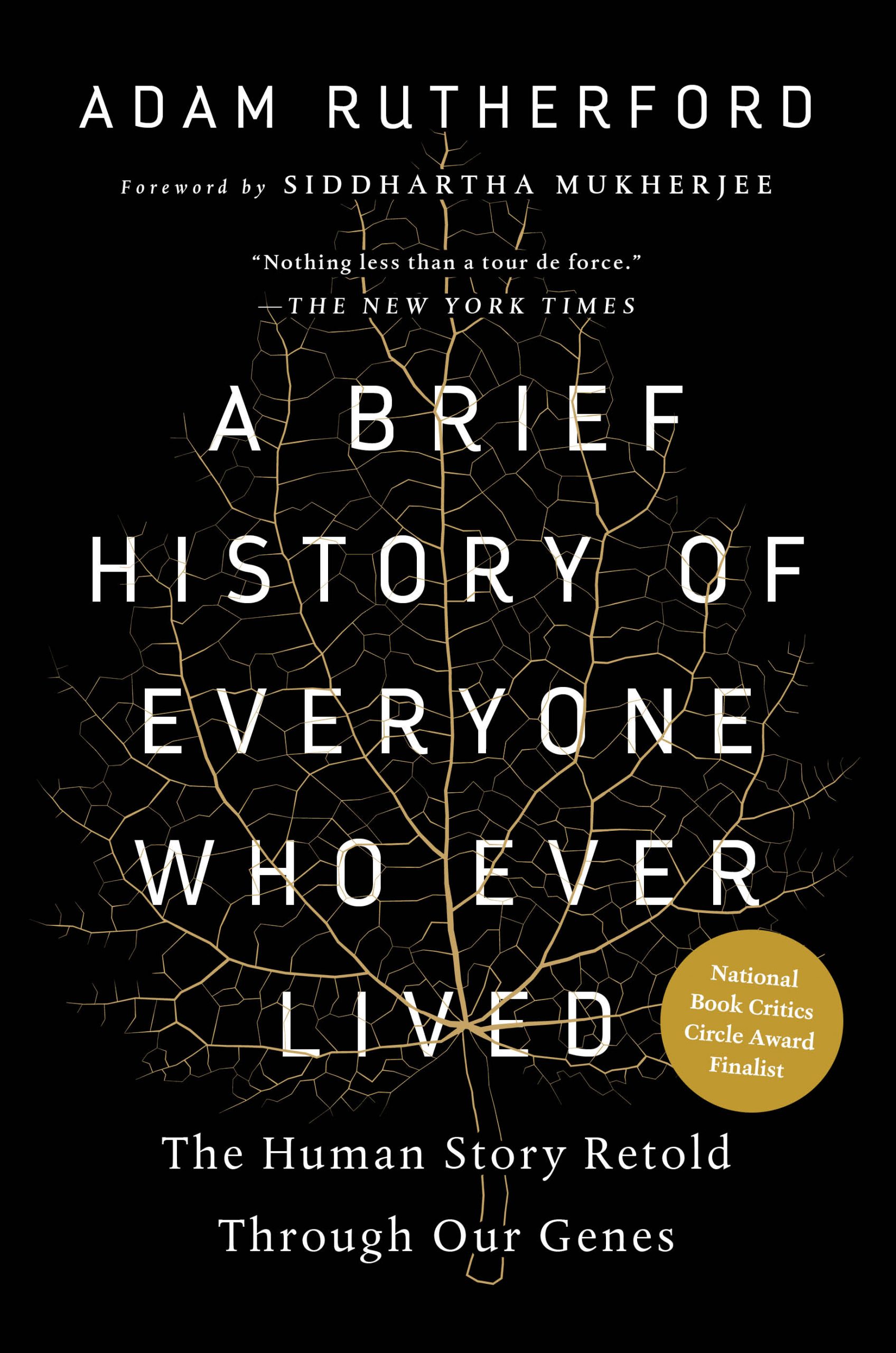 Books on what genes tell us about the story of humanity have not been especially rare over the past couple of decades, but Adam Rutherford’s 'A Brief History of Everyone Who Ever Lived' is by no means a run of the mill entry in the genre. Rather, Rutherford, a talented popularizer renowned across the pond as a science documentary creator and host, manages to render the unravelling of the human genetic code as a multifaceted adventure. Nucleotides and introns, of all things, leave you reluctant to put the book down.

Rutherford reports on the work of the moment, which has included counterintuitive discoveries such as that Scandinavian Vikings somehow did not leave much of a genetic imprint in England, that Neanderthals mated rather extensively with Homo sapiens before going extinct, and that all Europeans are related to Charlemagne in the same way that all Asians are related to Genghis Kahn. We also learn that genes have established that Europe was settled in three waves, the second of which the Basque language, unrelated to any other in the world, is likely a remnant. Meanwhile, genetic data extracted from skeletal material until recently withheld from science by wary tribal members has revealed that Native Americans did not, as traditionally thought, seed the New World in three waves. What is now the Bering Strait between Russia and Alaska was once a land bridge, and genetic analysis, combined with archaeology, shows that migrants from Siberia lived on this bridge for thousands of years before pouring into the Americas in a single initial wave that yielded all of today’s Native Americans except the Inuit.

Rutherford gets across these kinds of findings with an almost child-like excitement, narrating the discoveries with personal portraits of the researchers. Genetic research has entered a phase shift over just the past several years, and thus Rutherford’s survey has a “from the headlines” crackle that leaves you hankering for the book he will likely write in ten years on what has been found since and its implications. Implications, too, figure into the presentation. Rutherford makes clear that it is untrue that race has no reflection in genetic material – humans do cluster roughly according to continent – but also illuminates the categorical overlaps, as well as the endlessly protean nature of what genes code for, how, and under what conditions, that make blanket statements about racial tendencies so difficult to uphold.

Rutherford also leaves us with a handy familiarity with the structure of DNA – and how very much of it geneticists still have no idea of the function of. A Brief History of Everyone Who Ever Lived is the book anyone should read on the human genome if they only intend to read one – and should read even if they intend to read others.

John McWhorter teaches linguistics, philosophy and music history at Columbia University. He writes for Time, CNN, the Atlantic and various publications on language and on race issues, and is the author of Words on the Move, Doing Our Own Thing, Losing the Race, The Language Hoax, The Power of Babel, and other books. He has authored four audiovisual sets on language for the Teaching Company and spoken at TED twice. He also does Slate’s language podcast Lexicon Valley.