***  The NBCC awards finalists will read on Wednesday, March 14, at 6 pm at The New School, 66 West 12th Street, New York City, and the awards ceremony will be at the same location on  Thursday, March 15, at 6 pm. Both are free and open to the public. Tickets to the benefit after-party are $75, and may be purchased here. (NBCC members may purchase tickets in advance for $50.)  *** 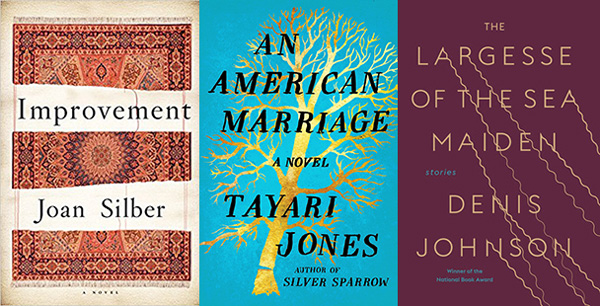 Linda Simon’s book Lost Girls: The Invention of the Flapper was excerpted in the Paris Review.

NBCC VP/Online Jane Ciabattari highlighted five books making news including Chandler Klang Smith's first novel and Morgan Jerkins' first essay collection for Lit Hub and five first novels and two first memoirs in her monthly BBC Culture column. Additionally, one of her BBC Culture polls was featured on Jeopardy. The Final Jeopardy “answer” was: “A 2015 BBC list of the 25 greatest British novels included 12 by women, 3 of them by this woman who died in 1941.” According to recap site The Jeopardy Fan none of the contestants, including the winner below (who left her field blank), had the correct response. The other two incorrect responses were Doris Lessing (who obviously didn't die in 1941) and Edith Wharton (who's not even British).

NBCC board member Daisy Fried’s review of recent books by New Zealand poets appears in the February issue of Poetry.

Jenny Bhatt reviewed Ijeoma Oluo’s So You Want to Talk About Race in The National Book Review.

Rayyan Al-Shawaf reviewed Rita Chin’s The Crisis of Multiculturalism in Europe: A History for Truthdig.

NBCC President Kate Tuttle interviewed Sandra Allen about her troubled Uncle Bob for the Boston Globe’s Story Behind the Book.

Hamilton Cain reviewed Denis Johnson's The Largesse of the Sea Maiden in the February issue of O, the Oprah Magazine.

Casting for NBCC poetry award winner Claudia Rankine’s The White Card has been announced. The play focuses on the topics of race and identity. It will be performed from February 24th to April 1st.

Jonathan Lethem’s Motherless Brooklyn, which won the 1999 NBCC fiction award, is making it to the screen with Edward Norton and Willem Dafoe.