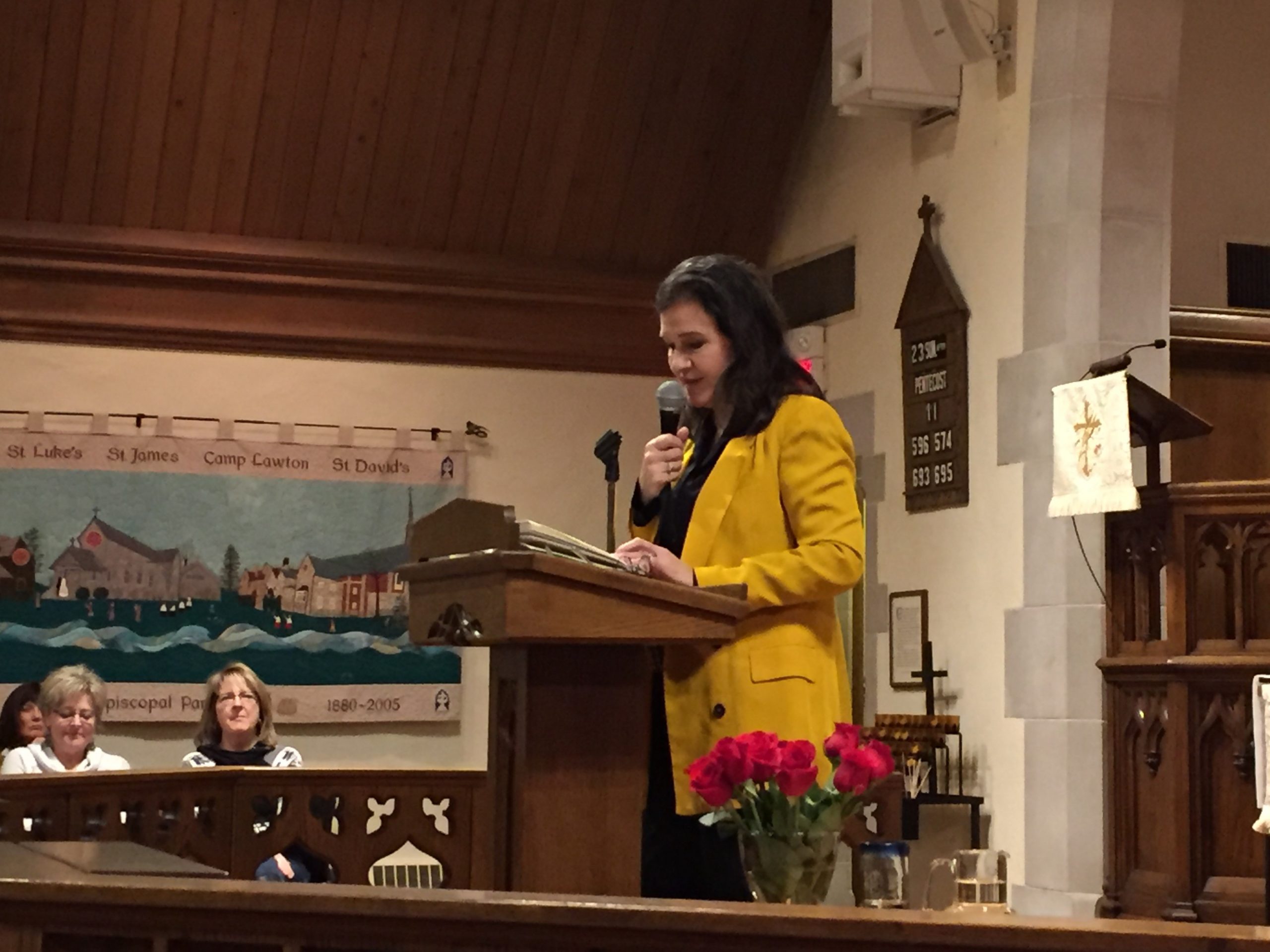 Louise Erdrich reads from “Future Home of the Living God” in Minneapolis on pub day.

For the Seattle Times, board member Mary Ann Gwinn interviewed David Buerge about his new biography of Chief Seattle, the Native American chief who gave Seattle its name.

Board member Laurie Hertzel wrote her weekly column for the Star Tribune about which books readers might save in case of a disaster. She also wrote about Louise Erdrich's launch of her new dystopian novel, “Future Home of the Living God.”

Rayyan Al-Shawaf reviews “How to Behave in a Crowd” by Camille Bordas for the National Book Review.

Erika Dreifus profiles Rachela Krinsky,  one of the “dramatis personae” featured in David E. Fishman's “The Book Smugglers: Partisans, Poets, and the Race to Save Jewish Treasures from the Nazis.”

Diane Scharper reviewed “At Play in the Lion's Den: A Biography and Memoir of Daniel Berrigan,” by Jim Forest, for America Magazine.

Ilana Masad reviews “The Boat Runner” by Devin Murphy for The New York Times Book Review, and writes about “I, Eliza Hamilton,” by Susan Holloway Scott, for Broadly.

Robert Birnbaum (Our Man in Boston) considers Three Women—Joan Didion, Oriana Fallaci and Elizabeth Hardwick, plus the cast of the film made from Kent Haruf's novel Our Souls at Night, and photographer Lee Friedlander.

And other honors and work

Hélène Cardona's “Life in Suspension,” published by Salmon Poetry, is the winner of the 2017 Best Book Award in Poetry, sponsored by the American Book Fest. She was featured in AWP's “In the Spotlight,” and interviewed by Alison Williams in “World Literature Today.”

Ilana Masad is featured in the ongoing series, “Secrets of the Book Critics,” on Lit Hub.

Laurie Hertzel is the senior editor for books at the Minneapolis Star Tribune and a board member of NBCC.