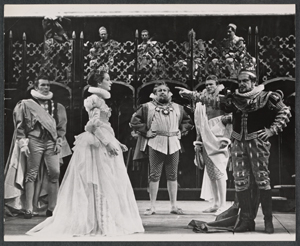 NBCC board president Kate Tuttle spoke with Simone John about her debut poetry collection, “Testify” for the Boston Globe.

NBCC board member and senior editor for books at the Minneapolis Star Tribune Laurie Hertzel reviewed the debut novel, “The Misfortune of Marion Palm,” by Emily Culliton. In her weekly column, she wrote about three memoirs on dying: “The Bright Hour,” by Nina Riggs, “Dying,” by Cory Taylor, and “It’s Not Yet Dark,” by Simon Fitzmaurice.

NBCC board member Katherine A. Powers reviewed Harvey Markel's “The Kellogs: The Battling Brothers of Battle Creek,” for Newsday.

National Book Critics Circle 2017 Emerging Critics Fellow, Yalie Kamara reckons with the notion of duality in her new chapbook, “When the Living Sing,” which was recently reviewed in the San Francisco Chronicle.

Former NBCC board member Gregg Barrios reviewed the touring production of the 2015 Tony Award-winning musical Fun Home, based on the NBCC award-winning book by Alison Bechdel.

Paul Wilner interviewed Scott Spencer about his new novel, “River Under The Road,'' for ZYZZVA magazine. He also wrote a mid-summer reading roundup and a Henry Miller appraisal for the Monterey County Weekly.

Elizabeth Lund reviewed Jill Bialosky's “Poetry Will Save Your Life”  for the Washington Post.

David L. Ulin wrote about identifying as a Californian for the Los Angeles Times.

Maureen Corrigan reviewed Lauren Shapiro's “What She Ate” for NPR.

Rayyan Al-Shawaf reviewed “The Only Café,” a new novel by Linden MacIntyre for The Globe and Mail.

Your reviews seed this roundup; please send items, including new about your new publications and recent honors, to NBCCCritics@gmail.com. Make sure to send links that do not require a subscription or username and password.​

Anjali Enjeti's reviews and essays about books have appeared in the Atlanta Journal Constitution, the Star Tribune, The Guardian, Literary Hub, Atlanta Magazine and elsewhere. She teaches creative nonfiction in the Etowah Valley MFA program at Reinhardt University and is a board member of the National Book Critics Circle.