hanks to the students and faculty of Creative Writing at The New School for providing interviews with each of the NBCC Awards Finalists for the publishing year 2016. Below are excerpts from interviews with the fiction finalists. Click the links to read more. 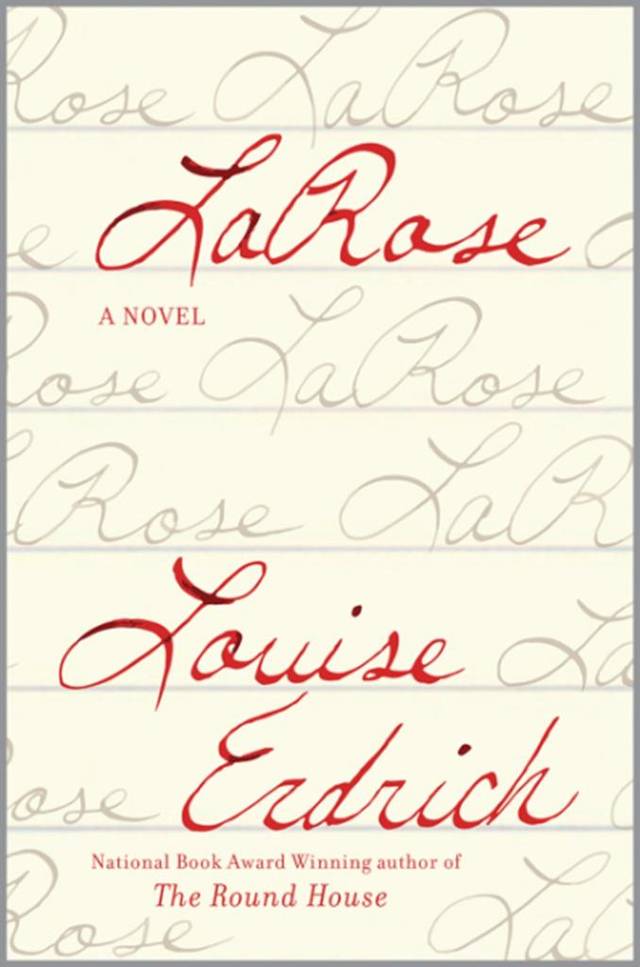 In LaRose, Erdrich examines the toll pain can take on a body, on a family and on a community. The story follows the aftermath of a hunting accident where an Ojibwe man, named Landreaux, fatally shoots a little boy, and then decides to give up his own son to the mourning family. The novel has strong story telling instincts and is powerfully driven by Erdrich’s rich descriptions and poignant details. Larose is a story about inheritance: inherited history, habits, addiction, and depression, but also the inherited pain that proves the body remembers. This singular event, Dusty’s death, tears at the fragility within each character and explores the idea that “Love won’t be tampered with, love won’t go away. Push it to one side and it creeps to the other” (Louise Erdrich).

In the acknowledgments for LaRose, Louise mentions that her mother had told her a story of an Ojibwe family that gave their child to another family. The decision was born from tradition as a way to reestablish a form balance. This is not the only tie the novel has to Louise’s family and own reality. Her mother is of Ojibwe descent. LaRose was an actual name from an ancestor of Louise’s family. Even the cover of the novel speaks volumes about the role truth plays in the story. Louise states, “My daughter Aza, who is also a visual artist, did the cover for the book. She digitized my Indian-boarding-school-taught grandfather’s handwriting, and she made the cover” (The Rumpus).

The novel is not named after the little boy who dies but instead takes on the name of the boy who is given to the grieving family. Two families come together, and by sharing a son they soon realize they are sharing much, much more. The idea of mortality in the novel is always bumping up against the infinite. This is represented in the ongoing quality in the name LaRose. Inherited throughout generations of women, the name came to hold a power and house an intelligent spirit often capable of crossing worlds: from the living to the dead.

Mickie Meinhardt, on behalf of Creative Writing at The New School and the NBCC, interviewed Zadie Smith about her book Swing Time (Penguin Press), which is among the final five selections in the category of Fiction for the 2016 NBCC Awards.

Zadie Smith’s sixth novel, Swing Time, is a dance of more than one kind. Kicking through ‘70s London and into present day, it follows a pair of girl friends—the unnamed narrator and her more talented, beautiful, and tragic friend Tracy—who meet in childhood ballet class, the only non-white girls in the room. Dance is their shared bond, but even when it is no longer a pastime, the push-and-pull of it remains in their tumultuous relationship. From the first pages, we know the relationship (and the narrator’s life) has gone sour, and the rest of the novel dips in and out of their lives to explore the thread of connection that seems to be nearly unbreakable in friendships of a certain age and depth, no matter how awry they go. As with many of Smith’s novels, it is also a novel about the black family and, as we watch the narrator and Tracey grow apart and into their own lives, the experience of blackness. A parable of sorts, it is not shy about putting moral questions, and questionable morals in the characters, up for consideration, and one closes the book with a feeling similar to stepping off the dance floor: Filled with the whirling, exhaustive nature of being human, never quite sure if you’ve made the right steps.

Mickie Meinhardt: These days there’s much praise for “the power of female friendships”, but there’s a terribleness in that power as well; a great capacity for harm, seen recently in the Ferrante novels. The feelings they leave behind are unshakable, and I think every woman has had a friendship like this—and like the narrator’s and Tracey’s—that’s lingered in her consciousness. Why did you decide to write a friendship of this nature, and at what point in the process of conceptualizing the book did you know it would be this type of semi-toxic friendship?

Zadie Smith: For me it was less about female friendship in itself but in the idea of ‘the one who leaves and the one who stays’. I actually think this is at the center of Ferrante’s wonderful books, too. This happens all the way back in White Teeth, too, with Magid and Millat. There is something semi-toxic about ‘escaping’ the environment from which you were born. I think of Swing Time as a sort of parable about that. It’s important that they’re women, because women, in my view, are especially gifted at the art of comparison. But I can also imagine it as a boy’s story.

Jonathan Smit, on behalf of Creative Writing at The New School and the NBCC, interviewed Adam Haslett about his book Imagine Me Gone (Little, Brown and Company), which is among the final five selections in the category of Fiction for the 2016 NBCC Awards.

Jonathan Smit: To start off, I’d just like to say that this book worked wonderfully for me on every level—language, subject matter, character and story. It carries the reader along on a thread of tension that never relents at the same time as it creates a deep connection between the reader and the characters that make up the family that, for me at least, is the real subject of the book. It also takes great narrative risks, which is another thing that makes the book such a rich reading experience.

The book is structured as a series of chapters that are first person narratives by the members of the family—the mother, Margaret; the father John; and the three siblings, Michael, Celia and Alec. We get to know them through their own words, in the midst of their personal awareness, lack thereof, uncertainty, vanity, guilt, shame etc. at different stages in their lives. Did this form originate with your initial conception of the novel or was it a way of telling this story that you arrived at as the book took shape?

Adam Haslett: I started with the section of Michael and Alec in the cabin and had to figure out if it was going to be a short story or something longer. Then, as I moved toward thinking about it as a longer piece and thinking about an earlier point in the family’s story, I had a strong sense of the voice of Margaret in her first section when they’re getting ready to leave on vacation and packing the car. Once I’d established a first-person voice for that, it became clear that the book would need to have the first-person voices of everyone in the family telling their own stories.

KrisAnne Madaus, on behalf of Creative Writing at The New School and the NBCC, interviewed Ann Patchett about her book Commonwealth (HarperCollins), which is among the final five selections in the category of Fiction for the 2016 NBCC Awards.

Commonwealth is the story of how one small action can change lives—in this case the lives of two families that merge to become one after an uninvited guest brings gin to the christening party for the new baby girl, Franny. From here, there are the subsequent divorces and marriages. The children grow up and have families of their own and dramas of their own. (The book is incredibly layered.) It's a fifty-year journey from childhood yards full of orange trees in Los Angeles to an apartment in Brooklyn and to a remote village in the Swiss Alps. And though the distance has grown among the family members, there is a still an unbreakable thread connecting them all–still some gin to share.

I had the pleasure of asking Ann Patchett about Commonwealth, the name she’s made for herself throughout the years, and her growing role as a spokesperson for indie bookstores since the opening of Parnassus, the Nashville bookstore she opened with Karen Hayes in 2011.

KrisAnne Madaus: Commonwealth is a great example of how recognized you are as a writer. I read parts of the book on the subway to and from work and can’t tell you how many people came up to me to comment that they’d read it or that they’d seen this book with the oranges on it everywhere and it better be good. (It is.) How have the awards and recognition over the years changed you?

Ann Patchett: For better or for worse, my life keeps me grounded. I constantly struggle to figure out a way to prioritize writing over housework and grocery shopping. I’m close to my neighbors, have friends from grade school in Nashville, see a lot of my family. Awards and recognition can’t stand up to all of that. People in Nashville are very respectful of other people’s privacy. Nicole Kidman and I shop in the same grocery store and it’s a lot more exciting to see Nicole. That said, I also understand that I have civic responsibilities — to my city, to booksellers, to the larger community of writers. I try to put whatever clout I’ve gained to good use.