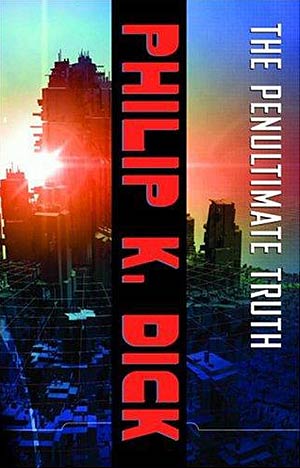 What's your favorite work of resistance literature? That's the question that launches this year's NBCC Reads series, which draws upon the bookish passions of NBCC members and honorees at this time of cultural shift. (NBCC Reads from previous years here.) We're posting these in advance of the #WritersResist events to be held on January 15–Martin Luther King Jr.'s birthday– throughout the country, including an event on the steps of the New York Public Library. First up: Jonathan Lethem on Philip K. Dick's The Penultimate Truth.

When I cited Philip K. Dick as a compass for the dawning dystopia of the Trump era in my post-election “Diary” piece in the LRB, I mentioned two of his novels: Do Androids Dream of Electric Sheep? and Radio Free Albemuth. Several of my subsequent correspondents reminded me to think also of an even less-often-revived Dick title, The Penultimate Truth. In that novel, from 1964, the vast majority of the population are driven into underground shelters in fear of a faked World War Three being fought on the surface — which is meanwhile the exclusive domain of rich men who enact a fake president, known as “Yancy”, to keep the population terrified and inspired. Then a handful of rebels breaks to the surface and discovers the truth — a typically psychedelic Dickian metaphor — then, in the Cold War era, and perhaps again — for our immersive relation to the simulated “necessity” of the inequities we both suffer and perpetrate.