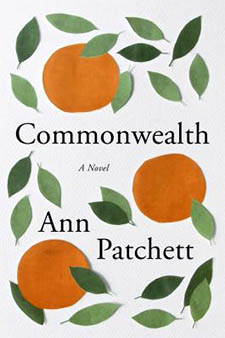 Autumn brings a bounty of books, and reviews. Ann Patchett’s Commonwealth has been reviewed widely. Eileen Weiner reviews Patchett's novel for the Pittsburgh Post-Gazette and Alexis Burling reviews the novel for the San Francisco Chronicle  and Ellen Atkins reviewed Commonwealth for the Minneapolis Star-Tribune.

NBCC VP/Awards Michele Filgate reviewed Darling Days by iO Tillett Wright for The Washington Post and Wrecked by Maria Padian for The Portland Press Herald. She also interviewed Anuk Arudpragasam, author of The Strong of a Brief Marriage, for the Barnes & Noble Review.

Parul Kapur Hinzen reviews Behold the Dreamers by Imbolo Mbue for The Rumpus.

Former board member and past Balakian winner Steven Kellman reviews Alice Kaplan’s Looking for The Stranger for the Barnes and Noble Review.

For the Houston Chronicle Michael Magras wrote a  review of Emma Donoghue's The Wonder and for  Shelf Awareness, a review of Ian McEwan's Nutshell.

Robert Hoover reviews The Terror Years by Lawrence Wright for the Minneapolis Star-Tribune and reviews Surrender, New York by Caleb Carr for the Dallas Morning News.

NBCC Board member and past Balakian winner Katherine A. Powers reviews Margot Livesey's Mercury for the Barnes and Noble Review and reviews Jay McInerney's Bright, Precious Days for The Irish Times  and reviews Emma Donoghue's The Wonder for The Boston Globe

In addition to these reviews, Hertzel explores the question of why books publish on Tuesdays and profiles profile Donte Collins, the St. Paul, Minn., poet who was honored by the Academy of American Poets.

Michael Berry reviews Mr. Eternity by Aaron Their for the San Francisco Chronicle

For The Collagist, David Nilsen reviews Elizabeth Onusko's Portrait of the Future with Trapdoor:

Paul Wilner contributed an Appreciation of Bill Berkson for Zyzzyva.

Request: Jesse Miller writes asks that we share his request for participants in a roundtable on the history and future of the book review at the Northeast Modern Language Association convention. Paper abstracts are due October 7. More information on the panel can be found here: https://www.cfplist.com/nemla/Home/S/16286

Your reviews seed this roundup. Please send items, including news about recent publications and honors, to NBCCCritics@gmail.com. Please send links that do not require a subscription or a username and password.