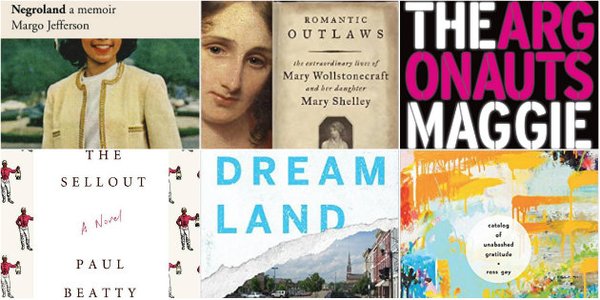 The National Book Critics Circle awards were presented March 17 at the New School, with a packed after-party (Beowulf Sheehan pix  here on the NBCC Facebook page), and reports far and wide.

Here's video of the awards ceremony, and of the readings by finalists the night before, both at the New School. (30 Books in 30 Days, reviews of all finalists, here.)

“Diversity is not an issue at the NBCC awards,” wrote Boris Kachka (New York Magazine's Vulture). “A deep bench of writers across genres, races, genders, and vastly different points of view yielded African American winners in half of the six categories, all telling the truth, but telling it slant.”

“Last night, with a run of well placed nominees and deserving winners, the critics proved their worth to literary culture,” wrote Flavorwire's Jonathon Sturgeon.