In the days leading up to the March 17 announcement of the 2015 NBCC award winners, Critical Mass highlights the thirty finalists. Today, NBCC board member Michele Filgate on poetry finalist  Sinéad Morrissey's Parallax (Farrar, Straus and Giroux). 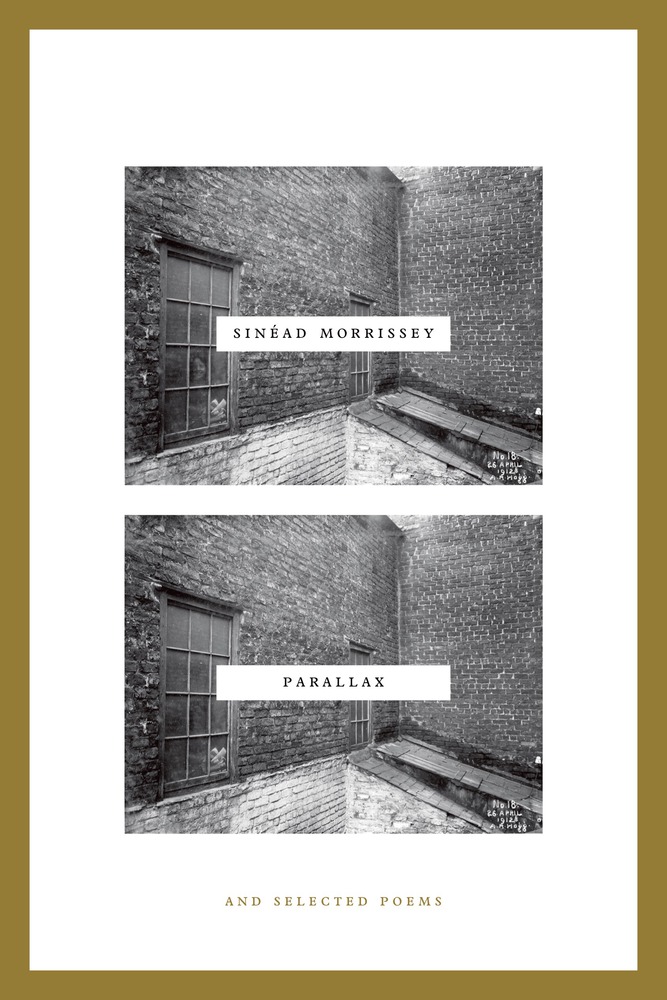 The Irish poet Sinéad Morrissey won the T.S. Eliot Prize in 2013 for Parallax, now collected along with selected poems in a single volume published by Farrar, Straus and Giroux. Whether writing about the past or the present, she’s fixated on several indicators of the passage of time: ghosts, clocks, the ocean, and photographs. There are many references to writers who have come before her, such as Emily Brontë, William Makepeace Thackeray, and Sylvia Plath. In “Reading the Greats,” Morrissey is moved by the failed attempts of poets:“The thrill of when they dip, trip up, run out/of things to write about before they start,/is the consolation of watching/a seascape suddenly drained and stinking/of flies & fisheads & bladderwrack.”

These revealing moments are startling and comforting; she uncovers the imperfections of the world as a new definition of beauty. And in “Lighthouse,” where the title of the book is mentioned, she writes of her son in his bed at nighttime, as “He counts each creamy loop inside his head, each well-black interval, and thinks it just for him—/this gesture from a world that can’t be entered.”  But the reader does enter the private world of her son’s making; she’s the vessel that allows us to do so.

Whether she’s comparing her chatty daughter to “a businessman/on the last train home/after one too many espressos,/selling you his dream” or finding proof of her parents' marriage in her own hands (“My father’s in my fingers/but my mother’s in my palms”), Morrissey is an observer of origins, entranced by shadows and migraines and “birth weighted against/death” as well as the imagined “ghost cry” of her children as she watches The Wire.

In “Found Architecture,” a tree that at first looks “like a crocodile’s rib cage” morphs into a “wide-propped/jawbone of a whale” and, as she continues walking, “a canoe, asleep on the water and fettered/with algae.” A quick glance can fire up the imagination, but if one keeps looking at the world around them, the perspective can shift. Morrissey dwells in possibility.