In the days leading up to the March 17 announcement of the 2015 NBCC award winners, Critical Mass highlights the thirty finalists. Today, NBCC board member David Biespiel offers an appreciation of poetry finalist Frank Stanford's “What About This” (Copper Canyon Press). 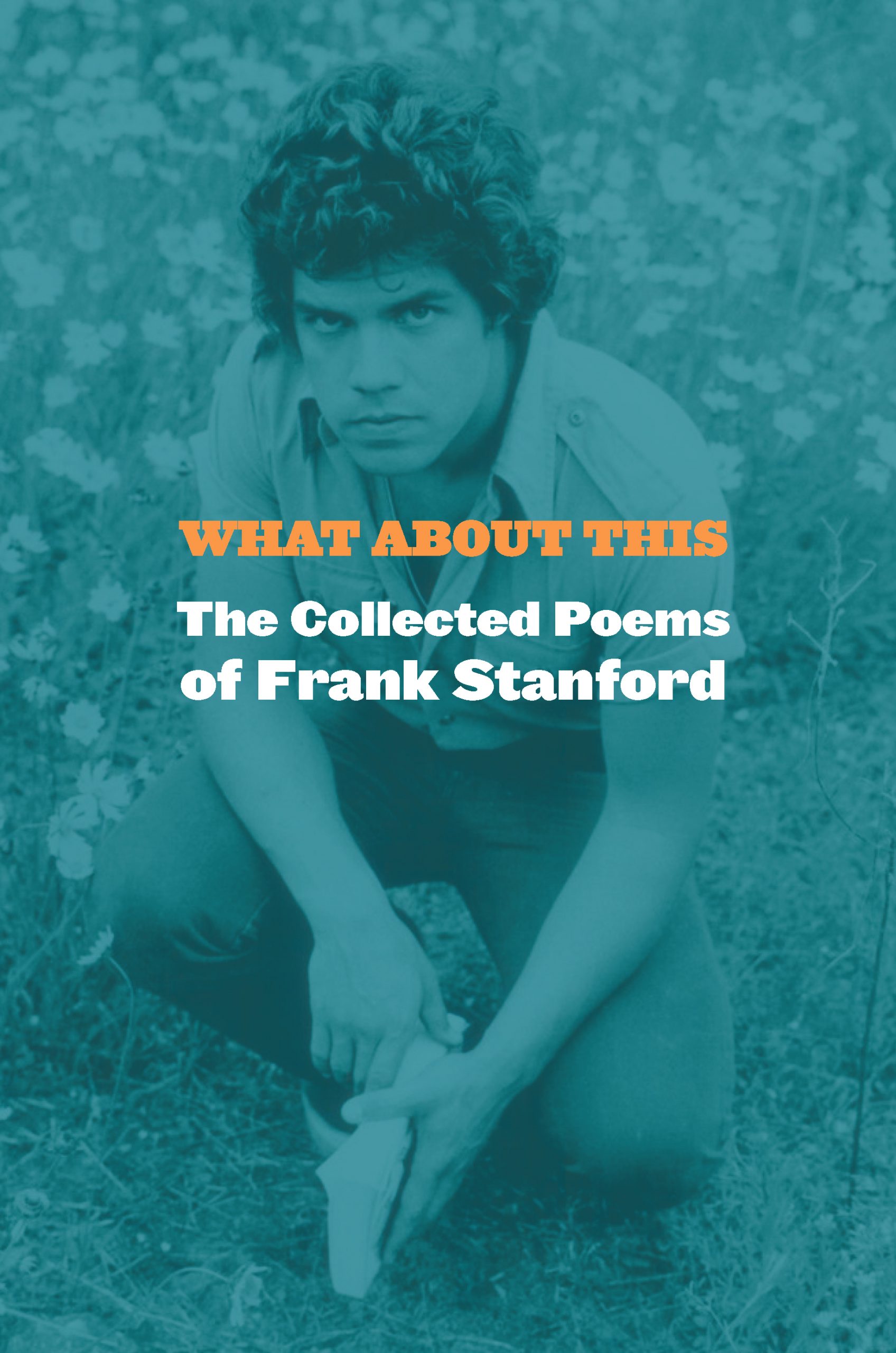 Born in Richton, Mississippi in 1948, Frank Stanford was adopted by a single mother into a upper middle-class Memphis family. The family moved to Mountain Home, Arkansas, in the early 1960s, and Stanford later attended but did not graduate from the University of Arkansas. In 1976 he founded Lost Roads Publishers, later taken over by C. D. Wright, with whom he lived the last few years of his life. Years of hard living got mixed together with a ferocious writing pace that would carve a new identity in American poetry. If identity can be said to be the subject of all American poetry, then Stanford, like his generational peer Bob Dylan (with whom he shares both gumption and a post-Beat strut) fashioned a fresh American myth out of the geographies of his imagination. Had he lived —  he committed suicide by shooting himself three times in the chest a month before his 30th birthday in 1978 in Fayetteville, Arkansas — this year he would’ve turned 68.

His underground, cult influence on American poets has lasted since that day. What About This, edited by Copper Canyon publisher Michael Wiegers, gives Stanford the gigantic volume his devotees have long wished for and readers of American poetry have desperately needed. It includes all of his published books interspersed with stretches of excerpts from his 500-page, Hart Crane-esque, epic jumble on love and social justice, “The Battlefield Where the Moon Says I Love You,” as well as a trove of drafts, fragments, and unpublished work. His poems are savant eruptions in the spirit. And there’s this too. They sharply blend John Berryman’s lyric virility and obsession with death with Frank O’Hara’s need to be loved. They are a counterweight to John Ashbery’s urban convexities but also a post-Fugitive successor to Robert Penn Warren and especially James Dickey’s urgent reclamations for an earthier, less Confederate sound in the Anglo poetry of the Jim Crow American south. Stanford’s poems don’t just flirt with the subject of death, they adopt death as his art’s primary figure and force. Death becomes the bootlegger muse for his torrid imagination—reading all this work of Stanford, I guess, it’s clear, above all, that he adored William Blake.

In short, Stanford is both an American original in an art form that has had few and also a missing link in the historic narrative of American poetry. Like W.S. Merwin, he speaks from the flesh in a world of mystery—but unlike Merwin, Stanford never pokes his head into the shadow of unconsciousness. Like Wallace Stevens, Stanford imagines into being a new language of possibility and despair. But where Stevens’s world is almost entirely depopulated, Stanford’s world consists of witnesses who speak in a lingo of “slop buckets” and “singing knives” and “loads of buckshot” and who, with a “posse of vigilantes” and friends, have run “out of money and time.”

Snatch’s wasn’t one of those rolling kind of places
just a few drinks and pin balls and eats
a lot of truck drivers and family men went there
I was thinking they might of had some action
a fight to run folks off maybe the state boys closed him down
Snatch was outside by his car down on one knee
with the door open listening to the radio shaking his head
he had on a day glow furlined cap
and was smoking the last part of his cigar
what’s up Snatch says I
he let me call him Snatch instead
of Mr. Snatch because I’s good on Big Leaguer Pin Ball

That passage footnotes rather than renders its narrative situation.“I don’t believe in tame poetry,” Stanford once said, “Poetry busts guts.” And so here is an American poetry that is wide-open to the flood of the imagination, always young, always renewing itself, and always ready for renewal.

David Biespiel is the author of a half dozen books, most recently The Book of Men and Women and Every Writer Has a Thousand Faces. He is a contributor to The New York Times, The Washington Post, Slate, Parnassus, Poetry, Kenyon Review, Sewanee Review, and The New Republic, and he is the former editor of Poetry Northwest. He has been honored with a Wallace Stegner Fellowship at Stanford University, the Pacific Northwest Booksellers Award, a Lannan Fellowship, and a National Endowment for the Arts Fellowship in Literature. In 1999, in Portland, Oregon, he founded the literary studio The Attic: A Haven for Writers. In 2003, he became the poetry columnist for The Oregonian. His column is the longest running newspaper column on poetry in the United States. Since 2008, he has been a regular contributor to Politico.