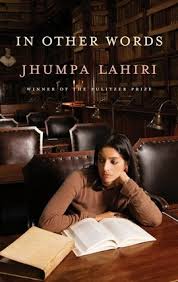 For her BBC Culture column “10 February Books to Read,” Jane features Alexander Chee's The Queen of the Night and Jhumpa Lahiri’s In Other Words.

Michael Magras wrote a review of Lahiri's book for the Minneapolis Star Tribune,

Art Taylor reviews Supernotes by Agent Kasper abd Luigi Carletti, translated from the Italian by John Cullen for the Washington Post. His first book, On the Road with Del & Louise: A Novel in Stories, was recently named a finalist for the Agatha Award for Best First Novel.

For Slate, Marian Ryan interviews Alexander Chee about the fifteen years of writing The Queen of the Night.

John Domini writes about the creative work of Frank Lentricchia for the Brooklyn Rail.

Mike Lindgren reviews Chris Offutt’s My Father, the Pornographer for The Washington Post.

Rayyan Al-Shawaf reviews Exit Right: The People Who Left the Left and Reshaped the American Century by Daniel Oppenheimer for the Barnes and Noble Review.

Past Balakian winner and current Board member Katherine Powers reviews Where My Heart Used to Beat by Sebastian Faulks for the Washington Post.

Dominic Green considers the work of Roberto Calasso in an essay for The New Criterion  He also reviews Nile Green’s Terrains of Exchange: Religious Economies of Global Islam for History Today and reviews Lee Siegel’s Groucho Marx: The Comedy of Existence for The Literary Review.

Fred Volkmer reviews The Spectacle of Skill by Robert Hughes for the Southampton Press and 27East.com.

David Nilsen reviews Voyage of the Sable Venus and Other Poems by Robin Coste Lewis for Fourth and Sycamore.

In News: BOMB just ran an interview with NBCC Finalist Margo Jefferson on the genesis of Negroland, and talks about James Baldwin, and another NBCC Finalist, Vivian Gornick.

Please remember to send future reviews and essays to NBCCCritics@gmail.com, and please make sure subscriptions, user names or passwords are not required.