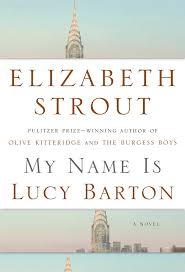 The new year is off to a great start with a book critics enthusiastic about books published this month, with praise lavished on My Name Is Lucy Barton by Elizabeth Strout, Pulitzer Prize winner and NBCC finalist (2009) for Olive Kitteridge which was later made into an acclaimed HBO miniseries starring Frances McDormand.

In her weekly Lit Hub column highlighting the first raves of 2016, former President and now VP/Online Jane Ciabattari includes a review of Strout's new novel by newly elected board member Marion Winik which appeared in Newsday.

Another novel receiving a great deal of attention is Samantha Hunt’s Mr. Splitfoot which Priscilla Gilman reviews for the Boston Globe.

While fiction is usually stranger than truth, there is the case of this year's presidential primaries. As attention turns to Iowa and New Hampshire,  Matthew C. Simpson reviews Geoffrey Cowan's Let the People Rule: Theodore Roosevelt and the Birth of the Presidential Primary in the Boston Globe.

For a different perspective on the world, Julie Hakim Azzam reviews Riad Sattouf’s graphic memoir, The Arab of the Future: A Childhood in the Middle East, 1978-1984 for the Pittsburgh Post-Gazette.

Rayyan Al-Shawaf reviews  Excellent Daughters: The Secret Lives of Young Women Who Are Transforming the Arab World by Katherine Zoepf the Toronto Star.

For Inside Higher Ed, John Griswold reviews Abtosha and Levitasha: The Shared Lives and Art of Anton Chekhov and Isaac Levitan by Serge Gregory.

And, on a final note. Let's hear it for the enduring quality and current appeal of the short story. 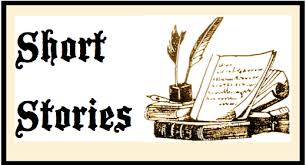 Please remember to send future reviews and essays to NBCCCritics@gmail.com, and please make sure subscriptions, user names, passwords, and secret handshakes are not required.