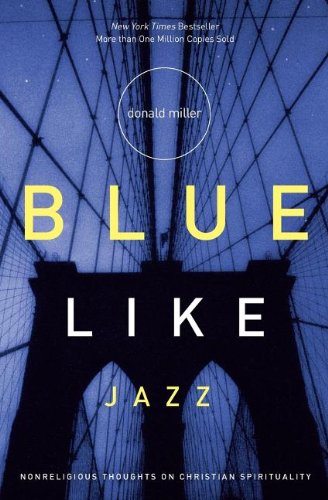 This is the twelfth in Critical Mass's new Second Thoughts series, curated by Daniel Akst. More about this series, and how to submit, here.

My father was a traveling preacher without a church, and my childhood was spent in his quest to find one. Our puke-yellow camper van dumped its waste tanks in one dead-end town after another as any given Sunday found him preaching at a different congregation. They may even have been a single church, magically spirited from one town to the next, keeping him ever hopeful without ever satisfying that hope. He never found his church. In middle age he and my mom left the country to share the Bible with the heathens of other lands.

I believed until I didn’t, which happened some time in my twenties. The no-man’s land between believing it all and believing none of it is as difficult to explain to someone who has always believed as it is to someone who never has. It is a lonely place. There is fear and anger, hope and peace; there is anger again. And there are precious few guidebooks along the way. I felt embarrassed to tell other believers about my doubts, and I felt embarrassed to tell skeptics about my lingering beliefs.

A few voices helped me along the way, and help me still—Marilynne Robinson, Madeleine L’Engle, Rilke. There were also voices that seemed helpful at the time—and maybe were, at the time—and now just frustrate me. Donald Miller was one of those voices.

Miller wrote a little book in 2003 called Blue Like Jazz: Nonreligious Thoughts on Christian Spirituality, and over the next few years it got passed hand to hand among secret doubters, people like me who had grown up in churches and still mostly believed but were tired of the hypocrisy of American Christianity. The book called into question the rigidity of evangelical doctrine and the disservice done to God and faith when theology is treated as mathematical rather than mysterious. It let a lot of people take a deep breath of fresh air, and that was something I needed.

Years later, as I believed less and less, the book remained a sort of totem for me, a work that no longer spoke to exactly who I was but still represented a turning point in my life. As the last of my faith ebbed away, strangely enough, Donald Miller was becoming more a part of the institution he had built his platform on questioning. He began speaking out on political causes when he had previously rejected the Evangelical tendency to blur faith and religion. He also developed a series of self-help seminars and publications about living one’s life as a story, wrote highly prescriptive and gender normative blog posts about marriage, and stepped on a lot of toes among the 20- and 30-somethings to whom he had once been a hero. People have the right to grow and change. But it felt like the offer of freedom contained in his early books had become part of some bait-and-switch. Once the whistleblower, he now seemed more like the CEO.

My slow exit from Christianity happened simultaneous to Miller’s ascension within that world. As my faith crumbled, his message seemed to harden into something unrecognizable. He never actively distanced himself from Blue Like Jazz (he was an advisor for the production of the 2012 movie based on the book), but it was hard to imagine him writing a book like that again. When I first questioned my beliefs, in my early twenties, his books had been a comfort, the voice of someone who understood and didn’t judge. As I descended into unbelief and he ascended into the ranks of the establishment, I felt personally wronged. I knew this wasn’t fair or rational, but it felt like a friend had turned on me.

I reread Blue Like Jazz again about five year after I had first encountered it. I wanted to see if it still had any of its potency. There was more than a bit of wistfulness in this, as I was in the midst of grieving the loss of beliefs I had held since childhood. What I found was a very simple book, one much less revolutionary than I had once thought. The book was also very white, very male, very straight—all things I hadn’t noticed on first reading. Still, I recognized the shift it represented from the stagnant fundamentalism of twentieth century evangelicalism, and I couldn’t entirely dismiss it. It wasn’t a book that still spoke to me, but I couldn’t deny the role it had once played in my life.

Going back to Blue Like Jazz now feels awkward, like reading the short story you wrote in high school that won you an award and now you’re embarrassed anyone might ever read. It feels like the questions Miller gave us permission to ask had just been those of the class clown playing devil’s advocate, and that class clown now taught the class. The conversation about being a responsible and compassionate person of faith (among those who still believe, that is) has long since moved past Blue Like Jazz. It played a role in my life, for better or worse, and I still have it on my shelf among other books that chart philosophical space I have occupied at points in my life. It used to be a book I needed. That time has long since passed.

David Nilsen is the editor and book critic for Fourth & Sycamore, the literary journal of the Greenville Public Library in Ohio.