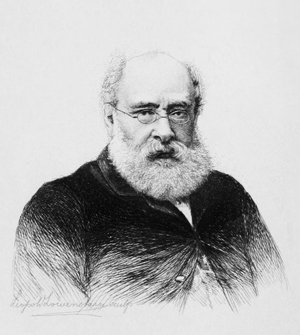 This is the fifth in Critical Mass's new Second Thoughts series, curated by Daniel Akst. More about this series, and how to submit, here.

“Whilst wandering there on a midsummer evening through the purlieus of the cathedral,” recalled Anthony Trollope of a trip to Salisbury, Wiltshire, in the spring of 1852, “I conceived the story of The Warden—from whence came that series of novels of which Barchester, with its bishops, deans, and archdeacon, was the central site.”

That series was The Chronicles of Barsetshire. What better reason to reread that same series of novels than wandering there myself this past summer as a guest of the estimable Salisbury Literary Dining Society?

Ambling around the Cathedral Close and attending Evensong sung by one of the finest choirs in the world, it’s impossible not to be captivated by the sheer beauty of the place and cheered by its apparent relevance (the midweek service of Evensong was packed). Yet that’s not what pointed me back to Trollope. That decision had more to do with a conversation about the beautiful Queen Anne house that once belonged to the late Edward Heath, a former British prime minister, whose reputation was, as it turned out, shortly to become enmeshed in a far more serious scandal.

Heath had purchased the freehold to “Arundells” from the Cathedral in 1993 in controversial circumstances, benefiting from legislation passed in the House of Commons in which he himself sat as a Member of Parliament. That predictably caused much gossiping and some bitterness within the cathedral precincts, which apparently continues to this day. No doubt the cathedral would like to get its hands back on the elegant property. “How very Trollopean,” I thought. Which was the only appropriate response in the circumstances.

Since childhood, though, I have always loathed Trollope. Pompous old bore! I originally read the first two novels of the Barchester series (The Warden and Barchester Towers) 30 years ago at grade school. Among my set texts was William Golding’s The Spire (1964), which tells the story of a cathedral Dean’s obsession with building the eponymous spire. Golding himself had been a schoolmaster at Bishop’s Wordsworth School on Salisbury’s cathedral close from 1945-1962. The experience of working with schoolboys provided the background for his Darwinian first novel, Lord of the Flies (1954); seeing the famous crooked spire on a daily basis provided the inspiration for his fifth.

Golding was much taken with Trollope. The working title for The Spire was The Barchester Spire. The Golding novel that followed it, The Pyramid (1967), was a conscious reimagining of Trollope’s county of “Barsetshire” (of which Barchester is the cathedral city) in the 20th century.

Although I loved Golding and read each of his novels, I couldn’t share his fondness for Trollope. The meandering narrative with its pointless excursions into the lives of incidental characters (“The Lookalofts and the Greenacres”); the irritating authorial intrusions (“ Do I not myself know that I am at this moment in want of a dozen pages …”); the leaden humor (the Lookalofts are social climbers; a curate with 14 children is Mr. Quiverfull).

It wasn’t simply the ponderousness that grated. Where did Trollope stand on the great issues of his time? In The Warden (1855) he hedges his bets on whether or not the Church of England was corrupt in its use of wealth and established privilege. By the time he gets to Barchester Towers (1857), he doesn’t even pretend to be interested in such matters. This was not the controversial religious world of the Oxford Movement or the famous evolution debates. This was more Randy Newman than Cardinal Newman.

Ah, what a difference 30 years make. Certainly it would have made a less conventional piece to have said that I loved Trollope as a child, but now find him unbearable. Yet what an insufferable prig a teenaged Trollopean version of myself would surely have been.

This change of mind arises partly from having lived outside my native Britain for so long. For an Englishman, spending 20 years in Dublin and New York necessarily creates a more detached critical sense of your own nationality. It’s no coincidence that some of the best recent British history, including by Niall Ferguson, Simon Schama, Linda Colley, David Cannadine and Andrew Roberts, has been written by overseas Brits. But if distance lends perspective, it can also add appreciation and fondness for the old country and its unique sensibility. The humor, the understatement, the moderation, the blend of cosmopolitan tolerance and a deep love of tradition; these are qualities that always prompt, in me at least, “home thoughts from abroad.”

Yet my change of mind about Barchester is not just about geography; it's also inevitably about the passage of time. Trollope is perhaps that most adult of English novelists; he speaks better to us when we have “put away childish things.” In part, that’s because Barchester is obsessed with the persistent, corrosive theme of money: Who’s got it and who hasn’t, whether it’s “old” or “new,” deserved or undeserved, and the precarious existence and temptations of those who do not have enough. “Of all novelists in any country,” the poet W.H. Auden observed, “Trollope best understands the role of money.”

Trollope is lethal in showing us the resulting contest between decency and pettiness in human nature. Pridefulness, status anxiety, the willingness to think the best or worst of your neighbor, seething jealousies and the vaulted ambition of mediocrities: all these elements of the human condition are brilliantly laid out for us. And while so many good men are suffocated by doubt and paralyzed about taking action, it is often the women characters to whom Trollope gives agency. In both novels it is not the Warden but his daughter, Eleanor Harding, whose strength of character forces events into a different, more satisfactory pattern.

For any writer, too, Trollope must surely be an inspiration. As his biographer N. John Hall points out, he loved nothing better than to tell aspiring writers that what they needed most was cobbler’s glue on the seat of their pants to keep them at their desks.  In his autobiography, he wrote much about the mechanics and craftsmanship of writing. But Trollope was also a day dreamer, who believed fervently that a writer’s most important work was done away from his desk, building “castles in the air” and living “in a world altogether outside the world of my material life.” That combination of industry and what Isaiah Berlin calls “fantasia” is what made Trollope so successful. Berlin himself was an admirer, sending packets of Trollope’s novels to Russian friends. Other devotees ranged from George Eliot and Leo Tolstoy to Graham Greene and Gore Vidal. Even Virginia Woolf liked him.

So on second thought, let’s agree with Noël Coward: “Thank God for Trollope!”

Richard Aldous is the Eugene Meyer Professor of British History at Bard College. His books include The Lion and the Unicorn: Gladstone vs. Disraeli. He is writing a biography of Arthur Schlesinger, Jr.

*Sometimes published together as The Barchester Chronicles.