E.L. Doctorow, winner of three National Book Critics Circle awards, passed away at the age of 84. David Ulin pays tribute to the writer in the Los Angeles Times. “This quality of looking beyond himself, of seeking stories that were broader than personal testimony, was what set Doctorow apart. Each book was a different experience, with its own set of challenges and expectations.” And in the San Francisco Chronicle, Elizabeth Rosner writes: “Although I never studied with him in the classroom, I learned from his books that the words and images and characters I choose as a novelist reveal as much about myself as they do about the world I’m mapping. Doctorow covered vast landscapes of time and place with insight and irreverence, depicting tragedy, greed, poverty, crime, beauty — and all of it, yes, a personal collage of history.” 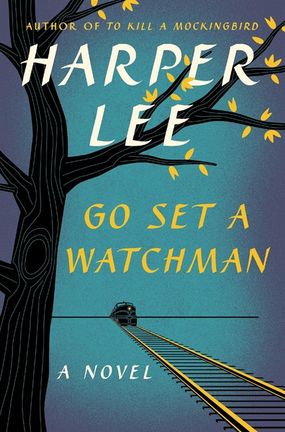 views Go Set a Watchman for Newsday: “It's the darker, more ill-formed and less compelling book that Harper Lee had to write first before she could produce — with, by all accounts, an editor's guiding hand — her masterpiece.” For The Quivering Pen, David Abrams wonders “What if Go Set a Watchman was Harper Lee's First and Only Book?” Donna Seaman reviews the novel for Booklist: “Though Lee’s prose is frequently stilted in Go Set a Watchman, her transitions awkward, her descents into exposition bumpy, this is a daring, raw, intimate, and incendiary social exposé.” Maureen Corrigan writes for NPR that it “is a troubling confusion of a novel, politically and artistically, beginning with its fishy origin story.” David Ulin writes for the Los Angeles Times: “…although Go Set a Watchman comes marketed as an autonomous novel, it is most interesting as a literary artifact.” Heller McAlpin writes in the San Francisco Chronicle that the book's “greatest asset may be its role in sparking frank discussion about America’s woeful track record when it comes to racial equality.”

For her new weekly Lit Hub “review of the reviews,” NBCC board member Jane Ciabattari traces “the evolution of critical consensus re the new Harper Lee novel in slow motion” and follows up with Ten Books Making News This Week: Go Tell a Watchman vs. Between the World and Me. And for her BBC.com Between the Lines column, 10 books to read in July.

Two other reviews by Heller McAlpin: Patricia Marx's Let's Be Less Stupid for NPR, and Nuala O'Connor's Miss Emily for the Washington Post.

NBCC board member/VP of Awards Michele Filgate interviewed Lidia Yuknavitch, author of The Small Backs of Children, for Lit Hub.

Rigoberto Gonzalez writes about three poets and their fourth books for the Los Angeles Review of Books: Quan Barry, Kyle Dargan, and Ada Limon. And for NBC Latino, he writes about “9 Great New Books by Latino Authors.”

For Publishers Weekly, Grace Bello wrote about cartoonist Jessica Abel and her new book about radio and podcast storytelling, Out on the Wire.

Piali Roy reviews Aatish Taseer's The Way Things Were for the Toronto Star.