On Thursday, March 12, Toni Morrison accepted the National Book Critics Circle Ivan Sandrof award for lifetime achievement. She mesmerized the packed house with her presence. Here is the text of her remarks; video is here. And Rita Dove's introduction is here. 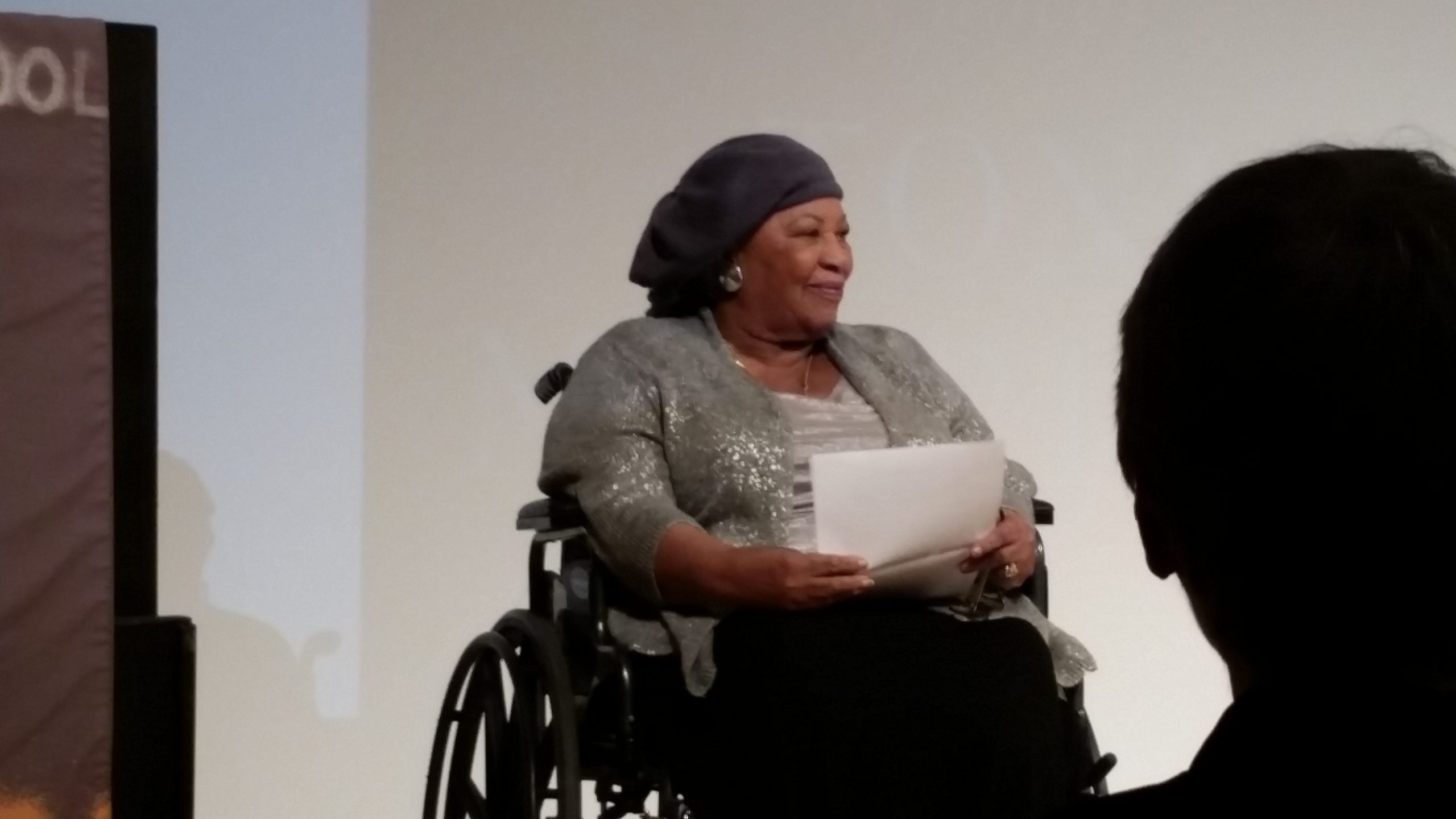 The founding of NBCC in the early seventies was a singular idea.  The collective intelligence of John Leonard, Ivan Sandrof and Nona Balakian was not merely unique, it was welcome and it was needed.  A wild faculty, of sorts, dedicated to books and their scrutiny. Passionate, eager to laud and reward the best.

As the years passed this organization became more than unique; it became necessary. Publishing and writers were expanding, facing new challenges of distribution and finance. And in the mix of those challenges more astute and wide-ranging criticism fortunately surfaced.

Finally, now the National Book Critics Circle is far more than unique or necessary.  It is urgent.  The publishing world is in even more flux, facing new modes of distribution; bookstores disappear; companies merge to avoid collapse.

I am delighted and honored to join the long and distinguished list of authors and accept this Lifetime Award.  It means a lot to me.  When I published my first novel, the reception was slight, indifferent, even hostile.  I remember being chided for writing “just to avoid cliché.”  I thought that was a compliment, but apparently not.  Whatever the point, the novel was not taken seriously—until, that is, John Leonard read it and took it very seriously indeed.  It wasn't about whether he liked “The Bluest Eye”; it was that he gave it his best judgment on the book's literary merit.  I will always be grateful to him for that.

I'm unclear what the category was, in 1972—Afro American, Black, African American—but I do remember books written by black writers were given their own shelves in bookstores, just like women's books and detective stories.  It was unlikely for my book to be shelved alphabetically.  Which is not to say authors objected to that convenience or that customers did not appreciate it; it is to say the same separation existed in the criticism.  Those were the days when a book of poetry by a Black writer; a novel by a black writer and a collection of essays by another black writer were reviewed together in one article, and the reviewer (white) could and did decide which among those three separate genres was the best.  I recall during my days at Random House choosing to schedule books by black writers in separate seasons, simply to avoid the cluster.  All or almost all of that has changed now.  Angela Davis' autobiography is no longer compared to Gayl Jones' novel “Corregidora.”  Toni Cade Bambara's collection of short stories is not paired with Huey Newton's essays “To Die For the People.” And, happily, Muhammed Ali's autobiography is not evaluated or measured against “Soledad Brother,” or George Jackson's “Blood in My Eye.”  James Baldwin is not paired with August Wilson.

Much of that conflation and the mixing of genres according to race has disappeared, a disappearance primarily due to the labors of literary critics in this organization.

The National Book Critics Circle has grown and eagerly faces the challenges and opportunities of contemporary publishing.  Online books, blogs, self-publishing, e-books, new and small presses, shuttered bookstores and a general move of the newspaper industries preference to light entertainment and gossip.  Yet these changes do not deter the National Book Critics Circle's agenda—in fact, it works to confront, alter and expand the possibilities of publishing, the training of young writers and working with other literary communities.

The list of authors who have been awarded the Ivan Sandrof Lifetime Award is judicious and enviable—I am delighted to be among them.

The recipient of the Ivan Sandrof Lifetime Achievement Award, Toni Morrison has been a powerful catalyst in reshaping literary culture over the past half century. Her lifetime of achievement includes much more than her canonical novels, honored with the 1977 NBCC fiction award for "Song of Solomon," the 1988 Pulitzer for "Beloved," and the 1993 Nobel Prize in Literature. During two decades as a book editor, Morrison brought into print the landmark narrative "The Black Book" (1974) and the work of Toni Cade Bambara and Gayl Jones, among others. From her post-graduate days in the late 1950s, when she taught at her alma mater, Howard University, until 2006, when she retired from Princeton, Morrison has influenced generations of students. Her work as a cultural critic includes" Playing in the Dark: Whiteness and the Literary Imagination" and "What Moves at the Margin: Selected Nonfiction" (2008); she edited "Burn This Book: PEN Writers Speak Out on the Power of the Word" and serves on the editorial board of The Nation. As a frequent public spokesperson for freedom of expression, the power of the written word, and the role of the artist, Toni Morrison has articulated a vision of the role of the writer that is both courageous and inspiring.