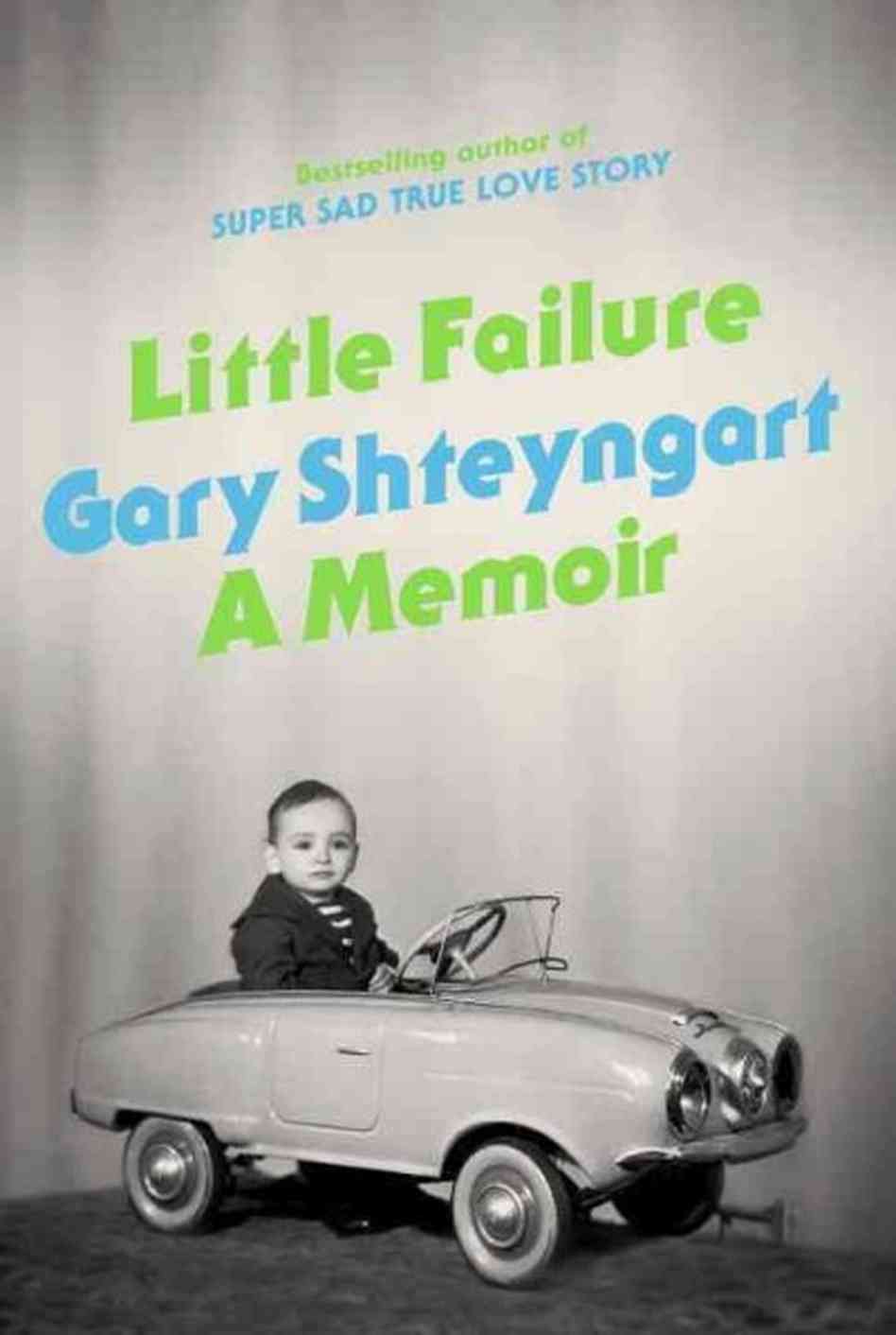 The immigrant tale is the quintessential American narrative, and our contemporary literature overflows with memoirs of coming to (and struggling in) America, from “Angela’s Ashes” to “When I Was Puerto Rican” and “Brother, I’m Dying.”  Gary Shteyngart’s “Little Failure” belongs on the shelf with these classics; it’s the antic, raw and big-hearted story of the author’s journey, with his parents, from Leningrad to Queens in 1979—three of the thousands of Soviet Jews permitted to leave the USSR in exchange for American grain. “We are going to the enemy,” thinks Gary, an asthmatic 6-year-old in a fur hat who worships the cosmonauts. He isn’t prepared for what he will find there.

“Coming to America after a childhood spent in the Soviet Union,” Shteyngart writes, “is equivalent to stumbling off a monochromatic cliff and landing in a pool of pure Technicolor.” It’s mesmerizing—and thoroughly disorienting.

It will come as no surprise to fan of Shteyngart’s fiction—from “The Russian Debutante’s Handbook” to “Super Sad True Love Story”—that he mines this material for comic effect. Thus we have the wince-worthy slapstick of young Gary’s tenure at Solomon Schecter Hebrew school, where his Russian accent and social cluelessness make him an outcast; he takes to writing badly spelled science fiction novels and a Torah satires (yes, really—and he quotes liberally from it). He powers through Manhattan’s Stuyvesant High School—“drunk and stoned for three years”—and finds his way to Oberlin College, “established in 1833 so that people who couldn’t otherwise find love, the emotional invalids and the Elephant Men of the world, could do so.” Back in New York he begins to write novels, and goes into psychoanalysis. “It saves my life,” he declares.

Perhaps the most darkly humorous bits of the memoir—and, not coincidentally, the most affecting—deal with Gary’s parents. They, even more than their son, are products of a dysfunctional Soviet upbringing; his father’s first memory is of fleeing Leningrad during the Second World War, pursued by the German army. Sickly Gary is a constant source of disappointment to his father, who doesn’t shy away from corporal punishment. He’s disappointing to his mother, too—the book’s title comes from one of her Russian nicknames for him, failurchka. The book closes with a trip the trio makes back to Russia in 2011, part of Shteyngart’s attempt to understand his parents and their complicated love for him. “Little Failure” is dedicated to them, and—wait for it—his analyst. That seems about right.

Review by Meg Wolitzer on NPR.org.

Review by Marion Winik in Newsday.

Review by Heller McAlpin in The Christian Science Monitor.