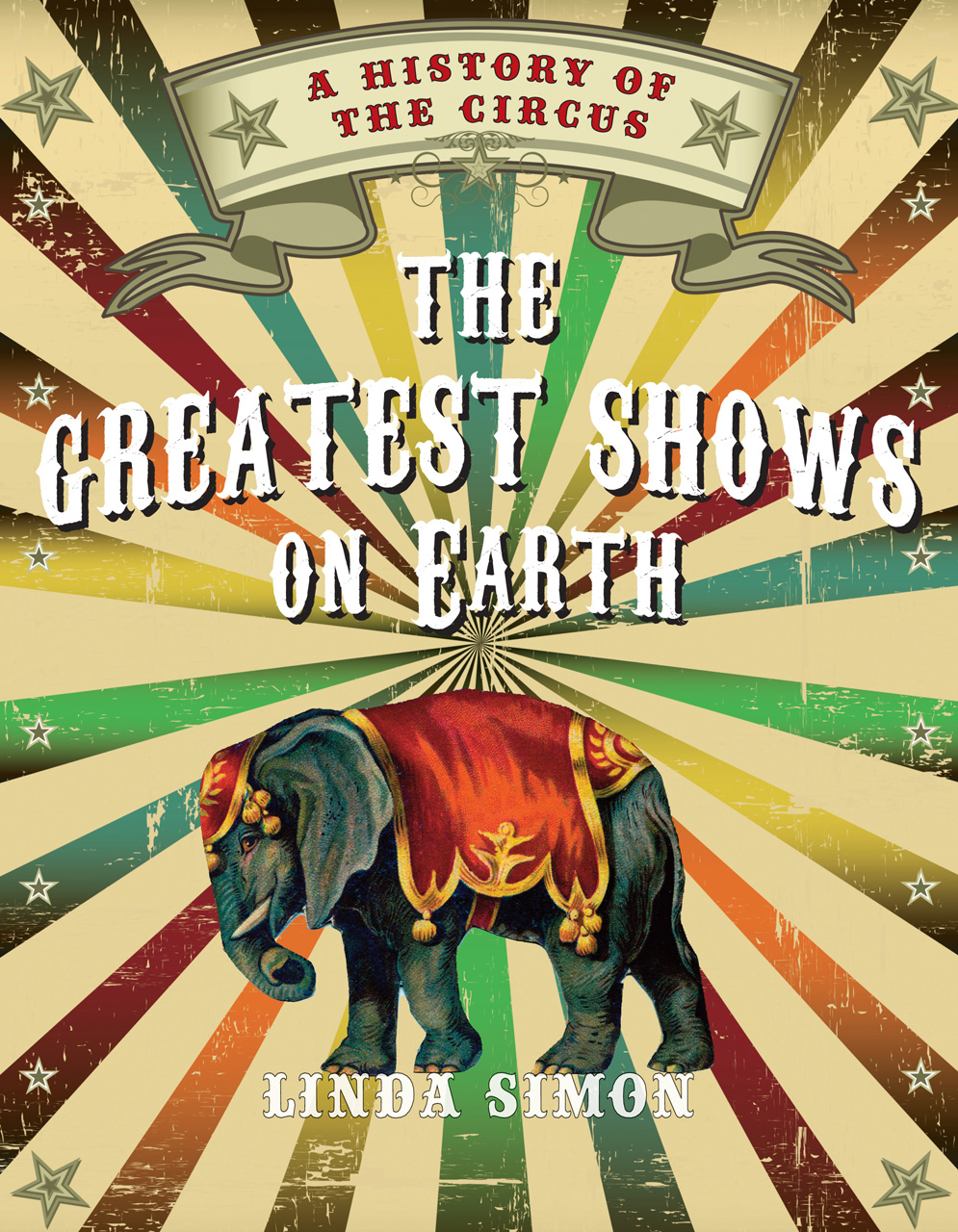 Long-time NBCC member Linda Simon's “The Greatest Shows on Earth” is just out from the University of Chicago Press. Here's a sneak peak.

The nineteenth-century conceit of running away to join the circus retained its vitality as a personal myth of glamour and reinvention well into the twentieth century. In the 1940s, for example, one young girl who had ridden hoses throughout her childhood, and who often wore a crown as part of her riding costume, announced that she was going to run away to become Queen of the Circus. When she was fourteen, she wrote a prediction of her future that reiterated that desire to become a circus queen and, not surprisingly, to marry the man on the flying trapeze. The young girl grew up to be Jacqueline Bouvier Kennedy Onassis.

Rarely has a clown begun his career clowning. Emmett Kelly was a cartoonist and later an aerialist; Dan Rice was a jockey and riverboat gambler before he devised his exuberant clown persona; the Swiss-born Grock, who amazed Picasso at the Cirque Médrano, was a contortionist and a tightrope walker; George Footit, a favorite of Toulouse-Lautrec, and Edwin ‘Poodles’ Hannaford were trick riders. . .Becoming a clown, for all of them, was a deliberate choice, rewarded not only by their audience’s acclaim, but by prestige and high pay. . . .The clown, wrote circus historian Antony Coxe, ‘is the soul of the circus.’

The circus may respond to changing social pressures, look back nostalgically to real or imagined innocence, incorporate slick technologies and turn the spotlight on performers so agile and daring that they take the breath away—but it has one constant. From the first moment a contortionist bent backward to touch the ground with his head, from the moment a daredevil walked on a rope from one church steeple to another, from the moment a wandering family leapt and cavorted on a Paris street corner, the circus has celebrated the fleeting moment of magical spectacle. There is laughter, awe, desire, envy. And then, it’s gone..

Linda Simon is professor emerita of English at Skidmore College in New York. She is the author of several books, including "Dark Light: Electricity and Anxiety from the Telegraph to the X-Ray."