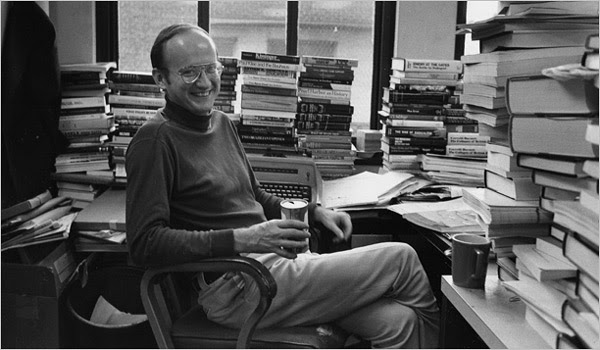 Last year, the NBCC introduced the new John Leonard Prize for a first book in any genre, named for a founding NBCC member and Sandrof awardee for lifetime achievement. It was awarded to “A Constellation of Vital Phenomena” by Anthony Marra. Unlike our other awards, the recipient of the Leonard Prize is chosen by a direct vote of all NBCC members.

Choosing the winner of the John Leonard Prize will be a two-step process:

NBCC members will be asked to nominate books that they think should be considered for the prize. To be eligible, a book must have been published in the United States in 2014, and it must be the author's first book. (So if it's a first novel but the author has already published a book of short stories or poetry or a memoir or an academic study, that book would NOT be eligible.)

Next, the board will tabulate the results and compile a list of approximately 10 titles, which we will send to the membership to vote on. The winner of this vote will be awarded the Leonard Prize, and will be announced on January 19th, when we announce the finalists for our other prizes.

We won't be announcing a public list of finalists for this prize, since we'll be announcing the winner in January, along with the winners of the Balakian and Sandrof prizes, instead of at our awards ceremony in March.

Between now and the end of the year, we'll be sponsoring discussions on the NBCC's Facebook page and on Twitter (@bookcritics), with the hashtag #NBCCLeonard, and hope you'll all participate, suggesting books for consideration. If you're not already following us, please do.