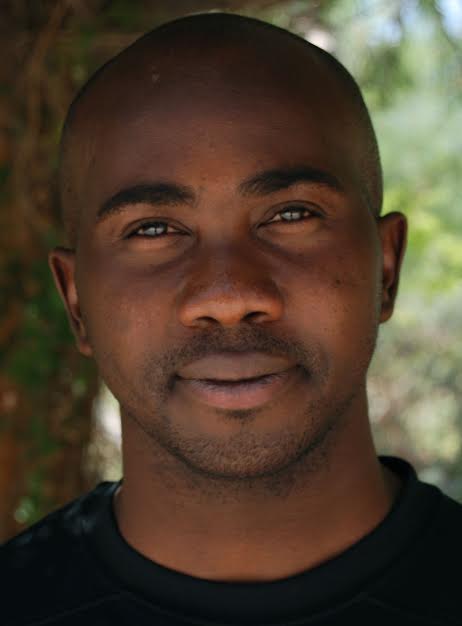 Abayomi Animashaun is also the author of The Giving of Pears. A winner of the Hudson Prize and a recipient of a grant from the International Center for Writing and Translation, Animashaun teaches at the University of Wisconsin, Oshkosh and lives in Green Bay, WI.

The poem “No Traveler Ever Returns Home the Same” opens with the lines “He arrives/ With a different Light// Dimmer in kind/ Than the one he had.” Within its section (themed Greece and Greek mythology) the allusion is clearly Odyssean, but it also speaks to the immigrant experience in general, and to the immigrant’s return to the homeland, which can be strained and conflicted. Poems like “In the Other Nigeria,” “Homecoming” and “4 A.M.” speak to the tension of  a return with a more critical eye, with a wish for something better/ different than was left behind. What is the role of poetry in the examination/ imagination of the immigrant experience? How is learning about the immigrant’s perspective a benefit to the homeland and/ or to the adopted country?

For me, there is a certain overlap between poetry and the immigrant’s imagination. It seems to me that many immigrants often find themselves in a self-defined space that’s inclusive of elements from those countries with which they are affiliated and those with which they share affinities. What’s also true is that this space is almost never closed. It’s subject to scrutiny, (re)examination, and (re)definition, all of which are often self-imposed in the immigrant’s continuous attempts to make sense of herself.

This act and process of (re)examination is, I feel, essential to poetry. I don’t know one poet, who after a while, doesn’t pull down his own structures, in whole or in part, in order to start over.

I think part of the reason for this is because there’s something about poetry that eschews absolutes, that refuses to be completely pinned down. The moment someone says “This is it! That can’t be done!” Someone else comes along and says “This is also it! That can be done!” So, poets often find themselves in this open-ended field that allows a multiplicity of approaches. Because of this, I like to think the immigrant imagination finds ready room in poetry – due to its tendency toward inclusion and (re)definition.

That said, the benefit of the immigrant’s perspective can be manifold.

In the home country, having such a perspective can be instructive, to the immigrant now returning, in how to act and interact with others who didn’t make the same journey with decorum and humility. In the adopted country, the benefit can be as simple as reminding non-immigrants that, even if they come from the same country and house, no two immigrants are exactly alike. Each has her needs and must be met on her terms.

A number of poems (notably “Honesty is the Best Policy,” “In Bed with Cavafy,” and “To My Best Friend with the Blue Hijab”) tackle edgy subjects, placing sexuality at the center of the story, making visible people and situations that are usually marginalized or muted by many cultures and religions. The use of humor as a tone makes the poetry come across even riskier. Can you speak to the daring of these poems within a Nigerian and/ or American context?

I like to think there’s room in poetry for the purposeful engagement of a variety of themes through a number of means – humor being one.

Humor can also be an effective tool in questioning absolutes (“Honesty is the Best Policy”) and raising concerns about the marginalization of religious minorities or ethnic groups (“To My Friend with the Blue Hijab”). One of my favorite American poets, Ronald Wallace, also uses humor to great effect in For a Limited Time Only – a rich poetry collection that’s also full of melancholy.

I’m also drawn to some poets who overtly take a stand. Like Wole Soyinka, for example – who, even in old age, is still at the fore-front of fighting against injustices in Nigeria.

With the poem “In Bed with Cavafy”, I give a nod to the modern Greek poet, as I do in The Giving of Pears. In this case, he makes a cameo. And, I envision myself seeing him go to lengths to act upon the desires he wrote so much about.

I feel this is a good place to be unequivocal. The situation members of LGBTQ communities face in many parts of the world, is no play thing at all. For the record, I believe my country, Nigeria, has a poor record on LGBTQ rights. And, although strides have been made in this regard in the United States, I think a lot more can be done. For instance, I know lawmakers who are still fighting to prevent gay marriage.

I’ll say one more word about the poem “To My Friend with the Blue Hijab”. Although I don’t practice any religion, I grew up in a Muslim household. My mother has made the pilgrimage to Mecca twice. And, I have no issues fasting during Ramadan, facing East with some family members during early morning prayers, or teasing cousins about their hijab. So, I think it’s okay if I engage a religion I have known my whole life.

An expansive cultural territory shapes Sailing for Ithaca— Nigeria, Greek mythology, fairy tales, to name a few important avenues— which creates an interesting tension (and collaboration) between locations. One poem takes the reader to an African village, another to the Island of Polyphemus, yet another to the children’s story of The Three Little Pigs. Each time a poem redirected me I recalled the lines in the poem “Memoir”: “Enter where you can./ Leave in delight.” It seemed like an appropriate artist statement. As you were conceiving of the reader’s journey, how did you envision the overall structure and how did you decide that these various movements were going to work together? Were there some challenges in collecting these disparate tenors into one book?

For this book, I knew I wanted to put together a collection drawing from multiple themes and perspectives, and I wanted to bring the poems together in a wide literary tapestry. But, I was concerned that bringing so many seemingly disparate elements together into a particular nexus might prove problematic. Also, I had no clue what each section would be or what shape it might take.

But, as with many things in poetry, I had to have faith. So I welcomed each poem as it came. Overtime, certain poems began speaking to each other. But, I didn’t think I had a viable manuscript until I wrote “Memoir”. After that, I don’t know how, things fell into place. I could feel the manuscript almost in its entirety. Even then, it took years to revise and several poems didn’t make the cut.

The final section in the book, “Dancing to the Wrong Music,” has a contemplative mood. Collectively, the five titles alone make a stunning declaration about solitude, art, and expression: “Memorizing Poems,” “Being Sure,” “Silence,” “Dancing to the Wrong Music,” “Leaving the Festival.” A tinge of sadness comes over me when I exit the book with the final lines of the final poem: “Time for each to leave the grounds,/ Walk with friends as far as he can,/ Before taking the lonely road/ Back to his own town.” It seems to speak to the writer’s awareness of himself in the world he lives in and the world of his imagination—can the writer inhabit both at the same time or is there a necessary movement between the two? Or is the writing of poetry the common ground or shared landscape and is this why you were drawn to poetry in the first place?

For me, much of poetry happens in the unknown. So much of it is beyond me. Still, I think many good writers inhabit both spaces. Their lives inform their imagination, which in turn informs their lives. I don’t quite know how the former works, but I often feel effects of the latter.

On days I wake up early, sit quietly, and write, three or four hours later, I come out feeling full and at home in the world. I find myself comfortable with uncertainties and contradictions. I can’t explain it. But, when I work the way I like, something within me feels connected to something centuries older than myself.

Also, poetry, can oftentimes affect in ways the poet can’t predict. I chose to pursue poetry after attending a Derek Walcott reading. My majors were Mathematics and Chemistry. And my minors were Physics and English. I was also a lonely college kid, who was homesick and dealing with emotional uncertainties. So, when I came across a flyer about a big poet, I thought in my own uncertain way, okay, why not.

I skipped one of my classes that semester to attend the reading. And, after the first poem, I fell asleep. Because, I was tired within. I woke up after Walcott announced he had two more poems to read. His last poem spoke to me in ways that I can’t quite explain. The speaker of the poem knew who I was, understood my emotions, and addressed what I felt I was looking for. I had this high from the reading that forever changed what I felt I was supposed to do.

Sailing for Ithaca is your second collection of poems. How have you seen yourself grown as a poet since your first collection and where are you headed next? I was particularly interested to know if living in the Midwest has had an influence in your art and imagination. How long have you been in the Midwest and how do you see yourself fitting into the literary culture of Wisconsin?

A lot has changed since The Giving of Pears. Personally, I am now married. I have a daughter. And, I have a son on the way. In terms of poetry, I find myself more inclusive – especially of poetries that before I steered from. I enjoy listening more. And, wherever I can get it, solitude is welcome. I find that I pick up the pen more carefully. And, I now understand what an opportunity (and responsibility) it is to write and be read.

In terms of what’s next, right now I am editing an anthology of essays by immigrant poets in America. And, it’s been a wonderful experience putting together the anthology with the senior editor at Black Lawrence Press, Angela Leroux-Lindsey. I look forward to seeing it in print in 2015.

Yes, I have long ties to the Midwest. There’s no doubt I’m Nigerian. But, I’m from the Midwest too. And, like all good relationships, we have our ups and downs. The Midwest brought me David Shumate, Fran Quinn, Folabo Ajayi, Joseph Harrington, Alex Gubbins, and so many friends and teachers along the way. It even brought me my wife. But, I’m not sure I’ll ever be fully comfortable with winters here. I don’t like shoveling snow. And, after a while, I grow tired of the cold.

Still, I like Wisconsin, where I work and live. There are many fine poets here. Some, I know. Some, I’ve only run into. People like Ahmaud Johnson, Chuck Ryback, Beverly Matherne, and many others with whom I hope to continue literary friendships.