Your reviews seed this roundup; please send items to NBCCCritics@gmail.com. Make sure to send links that do not require a subscription or username and password. 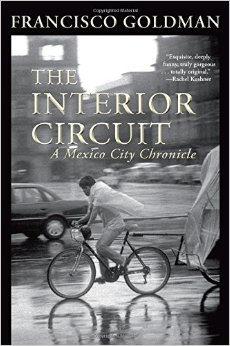 As baseball's pennant race begins in earnest, Robert Birnbaum takes a look back at books about umpires; he also interviews Alex Beam about his new book on Joseph Smith, American Crucifixion.

Karl Wolff continues his NSFW Files series at website of the Chicago Center for Literature and Photography with a reconsideration of Alan Moore and Melinda Gebbie's Lost Girls.

NBCC finalist Ben Moser checks in with Tablet about his biography-in-progress on Susan Sontag.

Daniel Dyer reviews Hampton Sides' In the Kingdom of Ice: The Grand and Terrible Polar Voyage of the USS Jeannette for the Cleveland Plain Dealer.

Micah McCrary reviews Eric LeMay's essay collection In Praise of Nothing for the Los Angeles Review of Books.

Ron Slate reviews Michelle Huneven's novel Off Course at On the Seawall.