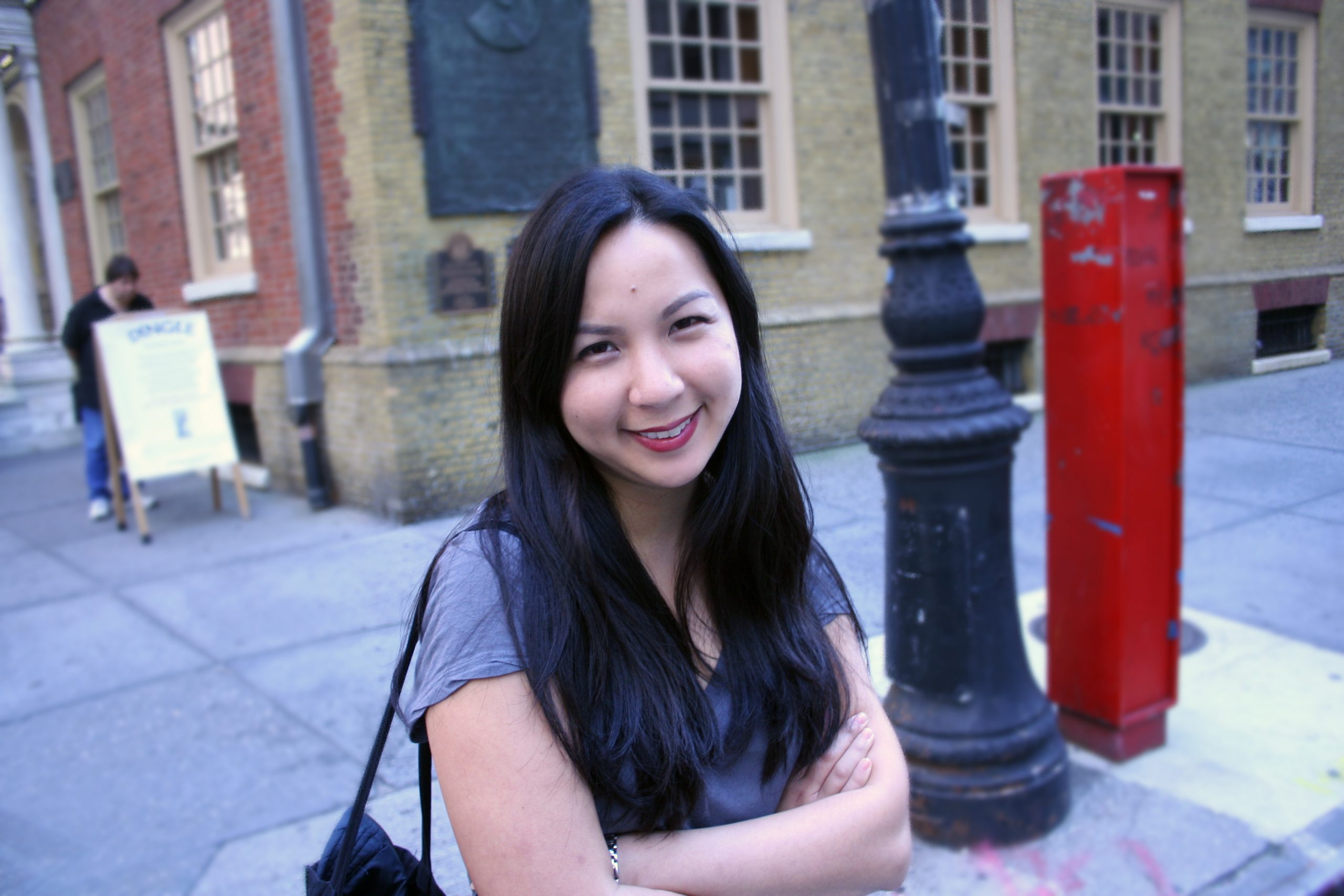 Cathy Linh Che is a Vietnamese American poet from Los Angeles. She has received awards from The Asian American Literary Review, Hedgebrook, Kundiman, Lower Manhattan Cultural Council's Workspace residency, The Jerome Foundation, and Poets & Writers, Inc. She is a founding editor of Paperbag.

Split is an interesting choice for the title of this book, which in many ways stitches and mends what has been rent by trauma and violence. It’s too easy to say that this is a book about healing, though that’s certainly taking place as the speaker confronts the painful memories of sexual abuse. But the speaker is also coming to terms with her parents’ harrowing experience in Vietnam, finding a place for their narrative in her own journey. Why was it important to reach back to a period before the speaker’s birth in order to shape a book about personal experience (perhaps in reference to the poem “Split” which opens with “I see my mother, at thirteen/ in a village so small/ it’s never given a name.”)?

The title “Split” refers to many rifts and traumas: geographical, sexual, psychological, emotional. So even though the collection is bookended by my memories of rape and sexual abuse, my parents' experiences of war, immigration, and exile are also at the center of the book.

I see my parents' stories of the war as integral to my own personal narrative. After all, I would not exist were it not for the Vietnam War. If it were not for the war, I would not be living in America, writing in English. I think that in the process of writing my own experiences, I needed to find “first causes,” and that meant looking at my parents' lives to see what traumas they've experienced in order to know what I have inherited.

What first brought me to poetry was the need to name experience, to address silences. In Split, I was stitching, poem by poem, a story that sounded out in a kind of chorus of personal, familial, and political/historical narratives.

The speaker’s relationship to the father comes across as complicated, even mysterious. The poem “Daughter” is particularly striking: “My father/ hardly spoke to me, but he showed me/ what it means to survive/ and how to build machines// and terrible wings.” The tension between a hardened father, a former Vietnamese soldier (“My father’s psyche is shot through, shrapnel// still lodged in his scalp”), and the vulnerable (yet resilient) daughter creates a delicate movement that echoes larger themes in the book like the relationship between a nation (Vietnam) and its people. What were some of the challenges of negotiating the tropes of warfare in examining this troubled parent-child dynamic? Why was this lens so necessary in terms of characterizing the father?

I cannot separate my father from his context—Vietnam and the Vietnam War. My father's silences, his explosive anger, his storytelling: These are the ways that the war has entered our home, even forty years after its conclusion.

The images of shrapnel or kerosene, for instance, are images of remnant violence and menace. But, in truth, they are also real objects that I grew up with. My father literally has shrapnel lodged in his scalp. The scent of kerosene and gasoline was very present in our household because my father is a machinist.

I think a a major challenge in writing about my father and the Vietnam War is the lack of firsthand witness. Everything about the war is reported to me through my father's storytelling—and it's easy to rely too heavily on sensational images from the media in trying to describe my father's experiences. So, instead, I opt to tell it mostly through my own lens. I am in most of my poems about my father, and that seems to me a way to be truthful about his experiences, since I am reporting my lived experiences, too.

I was intrigued by the inclusion of the “Object Permanence” series in part three of Split. The term comes from developmental psychology and denotes the understanding that objects continue to exist even when they cannot be observed or sensed in any way. As a function in the poem, object permanence speaks to loss (of things, people, love) and memory as a way to preserve, recover, remember. Poetry is certainly the vehicle that makes this possible. How does poetry also serve those memories, experiences and observations that a person would rather forget and not preserve, recover or remember? Or is that even a choice for the poet?

I love the poems in “Object Permanence,” but in truth, I find the context fairly difficult and embarrassing to talk about.

I felt intensely for someone who just sort of disappeared on me, and at the time, I felt I had no choice but to fill in the gap with writing. The poem was an attempt to explore time, memory, and place: the way that feeling and memory are inscribed onto a landscape, for instance. Or, the way that time seemed to be a repetition of days and longing that would never resolve itself.

It is odd that what I ended up creating was a sort of monument to that person, and to that time, but that was definitely not my intention. Poetry, I think, served as a tool of investigation. It ordered the chaos and allowed me to make meaning of something that felt devastatingly unnameable.

In the end, I decided to keep the poem in the collection because it was so much about memory, damage, and coming to terms with painful experiences—and besides, the concept of object permanence works its way through the entire book. Memory, trauma, history—all are un-erasable. But poetry allows us to plant a flag and say, Look, this happened. And that act allows us to take that experience back, own it, and say, Look. This is mine.

As an Asian American poet, you’ve been nurtured by the Kundiman family, among other communities, and I understand you are undertaking a new venture, joining forces with fellow Asian American poets Sally Wen Mao (author of Mad Honey Symposium), Eugenia Leigh (author of Blood, Sparrows and Sparrows) and Michelle Chan Brown (author of Double Agent). Can you talk a bit about the role for community as an antidote to competitiveness or isolation? And what are some of the goals and expectations of this fierce foursome in terms of addressing a general audience as women, Asian Americans, poets?

It's funny that you should mention Kundiman, because I answering these interview questions while working at this summer's Kundiman poetry retreat—the eleventh one since Kundiman's inception on 2004. Sally, Eugenia, and I met at Kundiman and became friends. We created the Honey Badgers Don't Give a B**k Tour because we thought it would be fun. We wanted to go on an adventure together, and since we had no idea what to expect as debut authors, we figured we could help one another figure it out.

Co-founder Sarah Gambito describes Kundiman as a listening space we are creating for each other. I think this book tour is an extension of that. We are aware of what the literary landscape is like for women and writers of color. It's often one of exclusion. In other words, most spaces are not listening to our voices. Less than one percent of published authors are Asian American, even though we make up close to six percent of the population. As as we've seen with the VIDA count, works by men are more often published and reviewed than works by women.

So, we are traveling to many spaces, bringing our bodies and our ferocity into the room. We all write very differently, and we will be celebrating that. We are prepared to enter rooms that seldom get to hear Asian American voices, and I think this is good and significant. We are creating together our own listening spaces, instead of waiting around for people to find us.

I think gathering together in the spirit of community and adventure is a great antidote to competitiveness. So often, poets and writers have this scarcity mentality—that we need to fight among ourselves for the privilege to be part of that 1%. But this is not what we are trying to do. We are trying to prove, the more we give, the more we get back. That coming together as a community means we don't have to fight alone.