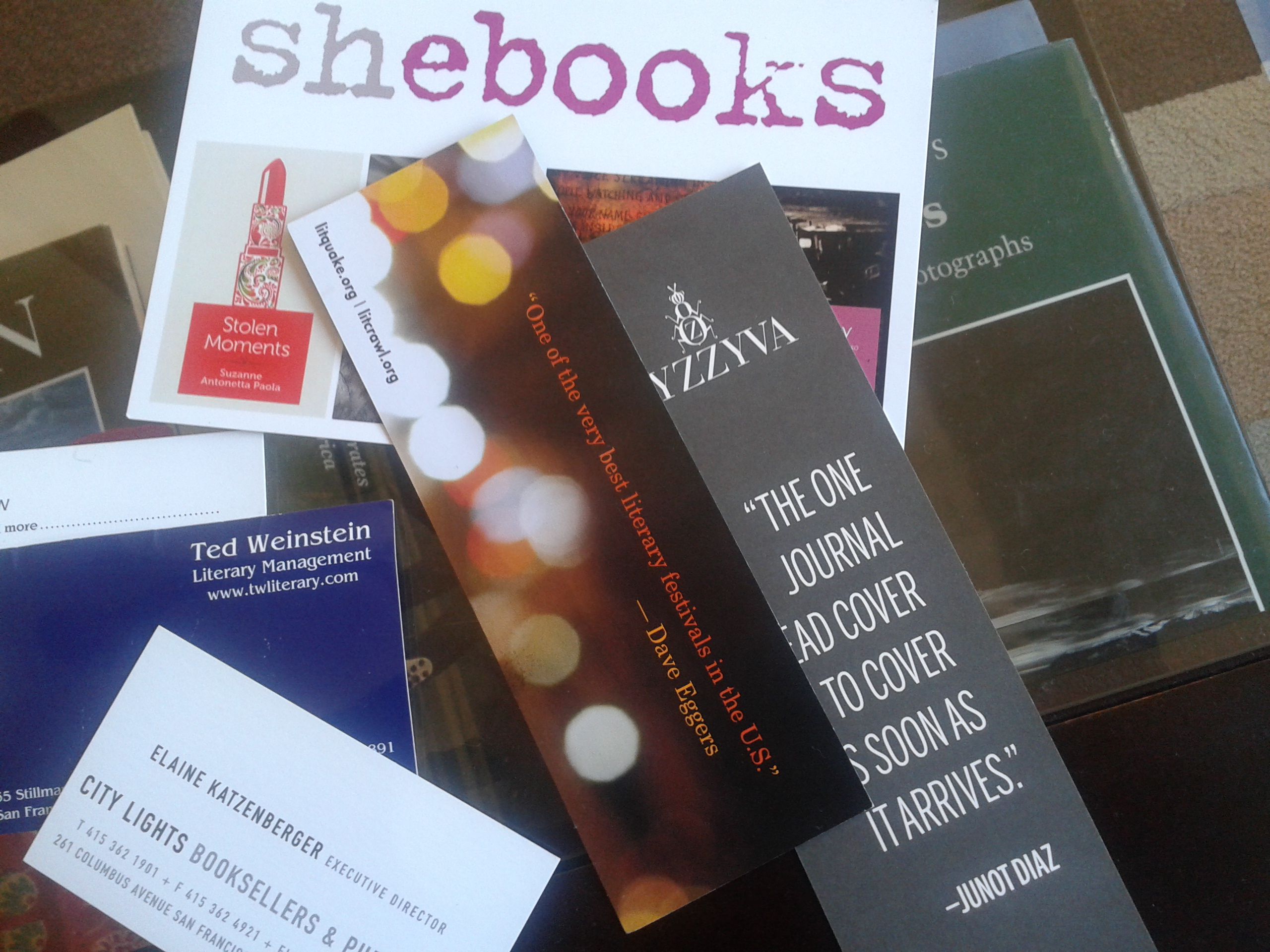 Glasses were raised in San Francisco last Thursday night at the fourth annual National Book Critics Circle party co hosted with Zyzzyva magazine. There were lots of NBCC award honorees, board members and members on hand, and special guests from the San Francisco Writers Grotto. 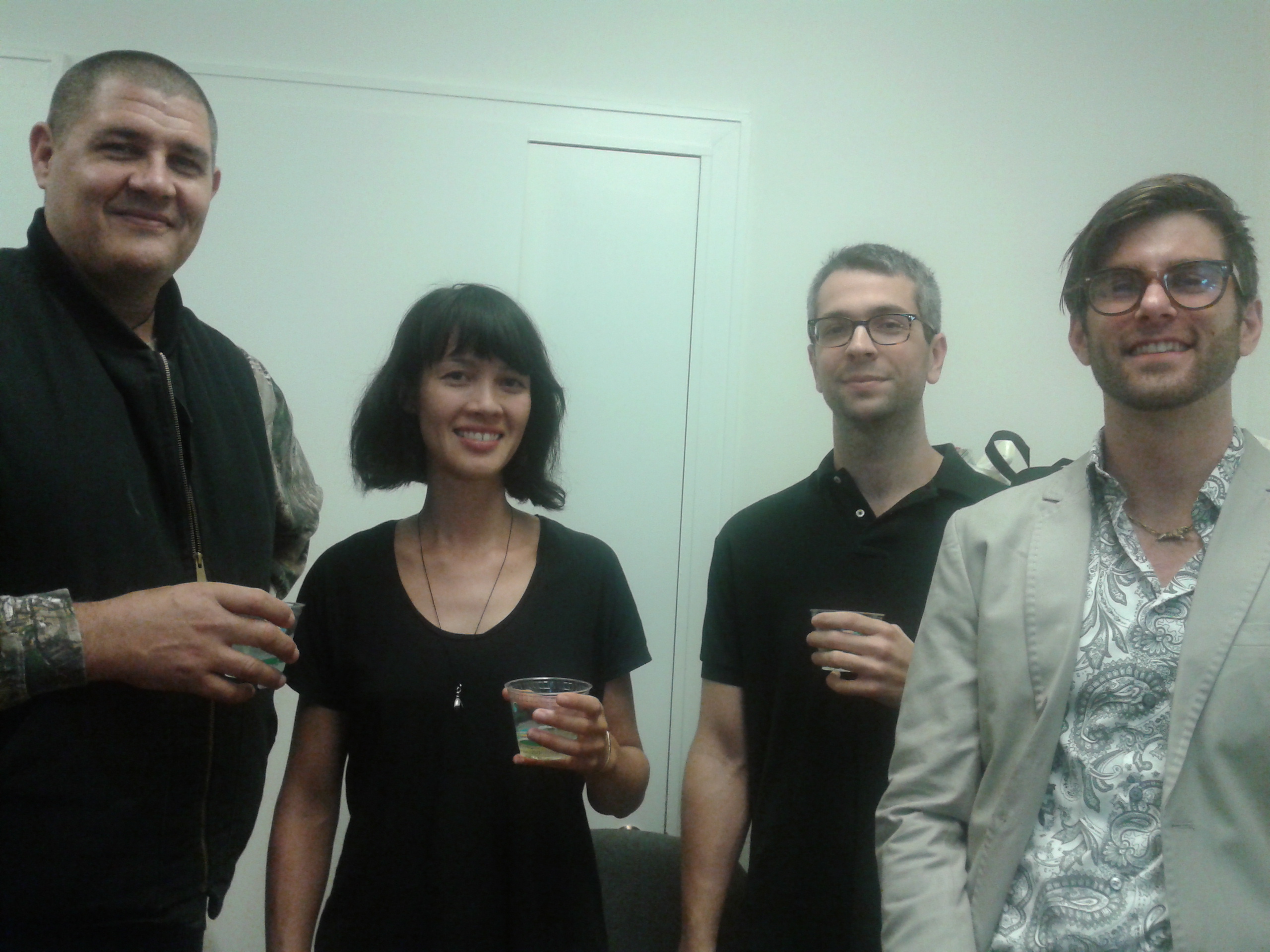 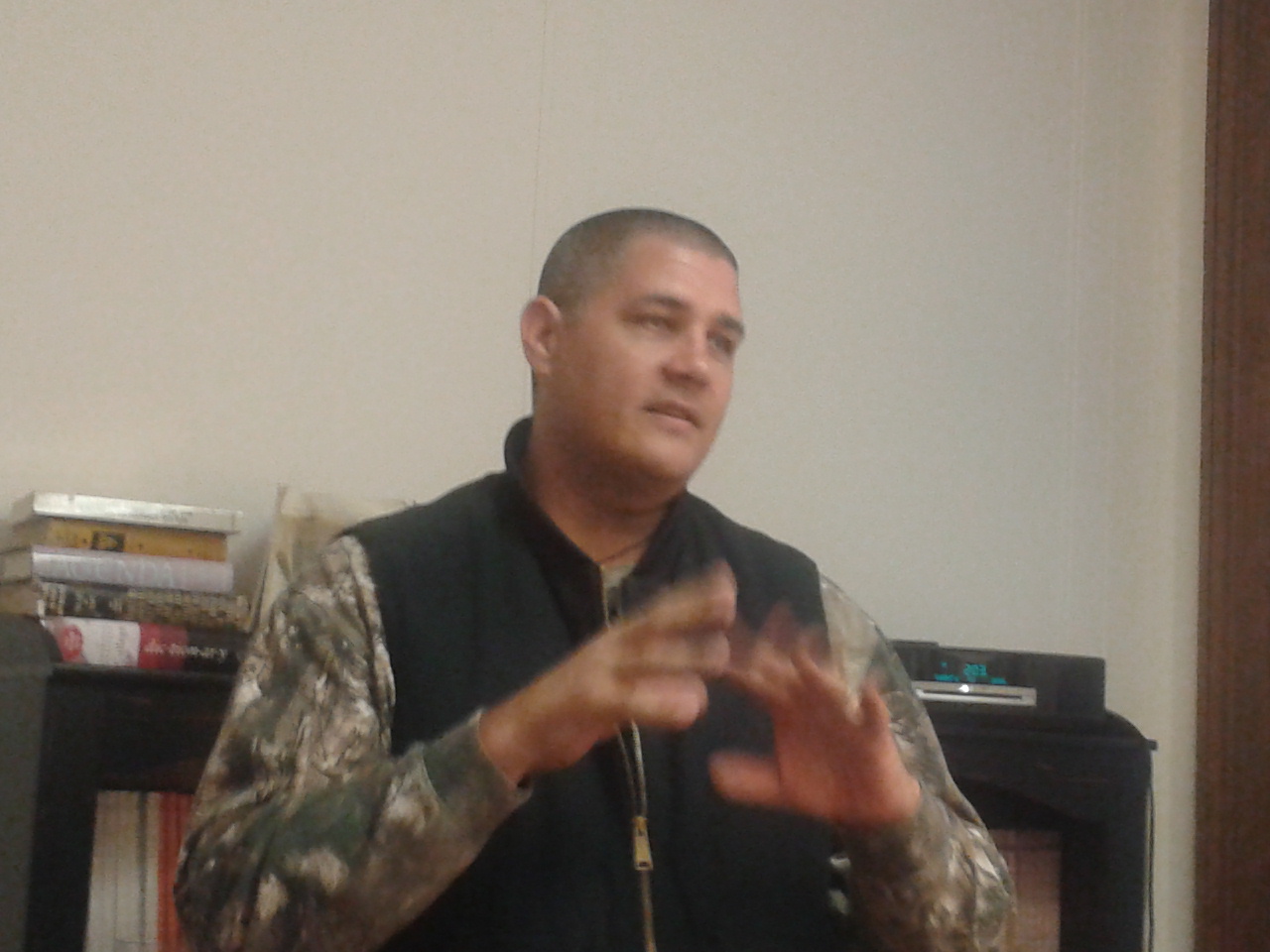 Adam Johnson's “The Orphan Master's Son” was a finalist for the NBCC fiction award, and went on to win the Pulitzer. Johnson noted the special qualities of the NBCC, including its high passion and low budget. 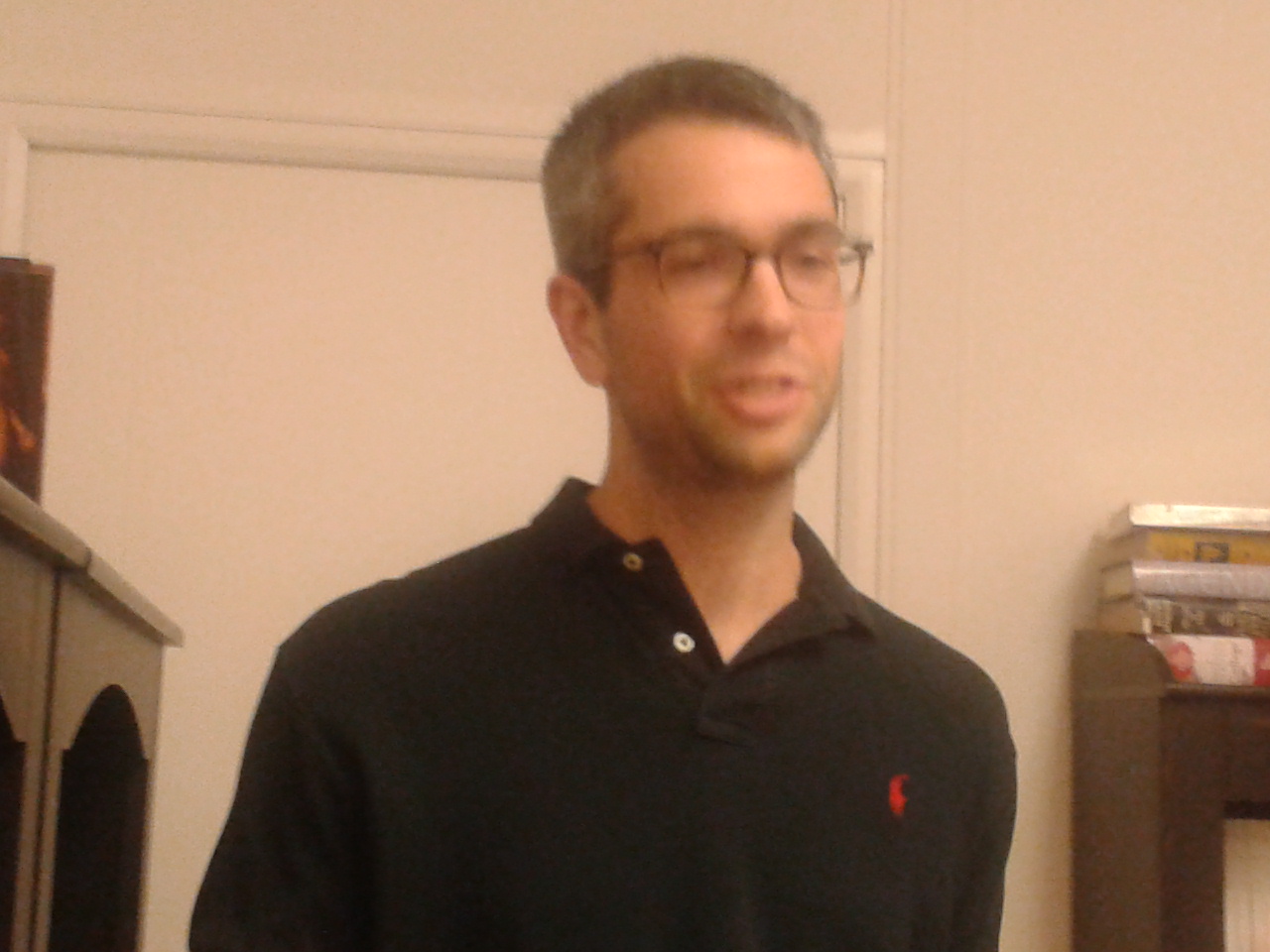 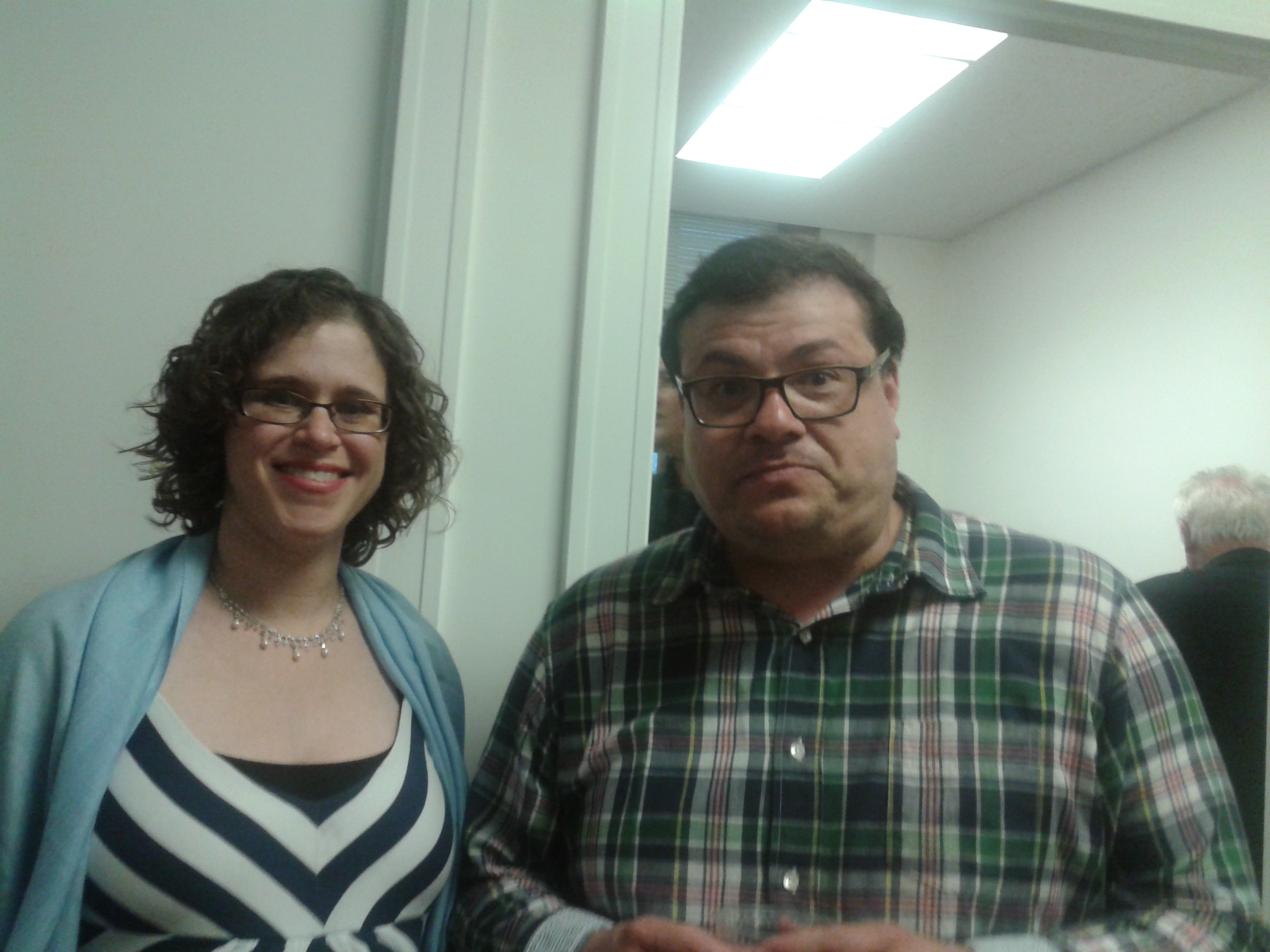 Helene Wecker's “The Golem and the Jinni ” was a finalist for the Leonard award. She noted how grateful she was for honors early in her writing career for a book based on imaginary characters.

New board member Tess Taylor,  back in the Bay Area after a year of bouncing around promoting her poetry book, The Forage House, noted the huge literary community in the Bay Area. (The Oxford American ran this interview about her book in May.)

After toasts, there was talk of childbirth (Helene Wecker is due in late July; Adam Johnson is the father of three, all born by Cesarean). And teaching (Johnson and Marra are both on the Stanford faculty). And awards. Wecker, a finalist for a Nebula award, described the Nebula award trophy, with embedded precious stones and glitter. Marra has a framed NBCC John Leonard certificate. Johnson's Pulitzer is a crystal piece the size of a paperweight.

Hearing a ringing phone in the editors' office, Adam Johnson picked up and confirmed a lunch reservation for Cogan.

There was talk of bookmarks: Do we really need them? Well, yes, when they say, “The one journal I read cover to cover as soon as it arrives–Junot Diaz,” like Zyzzyva's do. But often the alternative is a torn post-it slathered with words (or, in Johnson's case, toddler drool).

Also in the crowd:

Memoirist Laura Fraser, co-founder of Shebooks, a new Bay Area-based publishing company for short ebooks  by and for women. (Shebooks, which has attracted Silicon Valley angel investors, has published 46 new offerings since January, driving the number of short ebooks published in the first quarter of 2014 up by 22%.)  Also on hand: Shebooks editor Frances Lefkowitz. 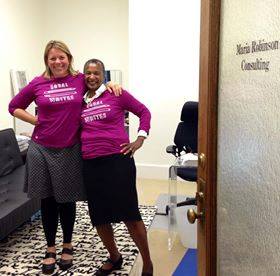 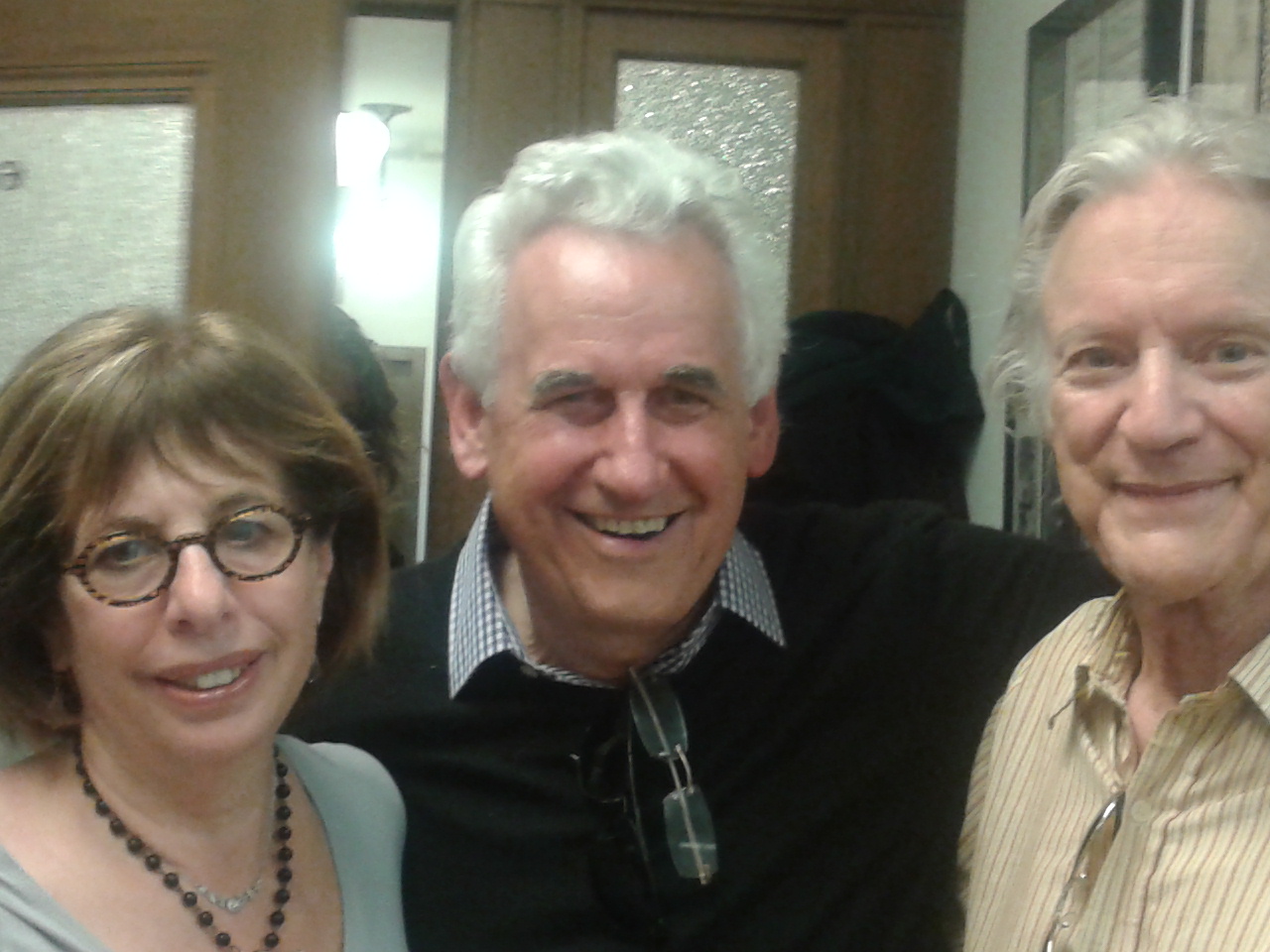 Linda Simon, longtime Skidmore professor and author of “The Biography of Alice B. Toklas,” “Thornton Wilder: His World,”  “Genuine Reality: A Life of William James,”
and “The Critical Reception of Henry James.” 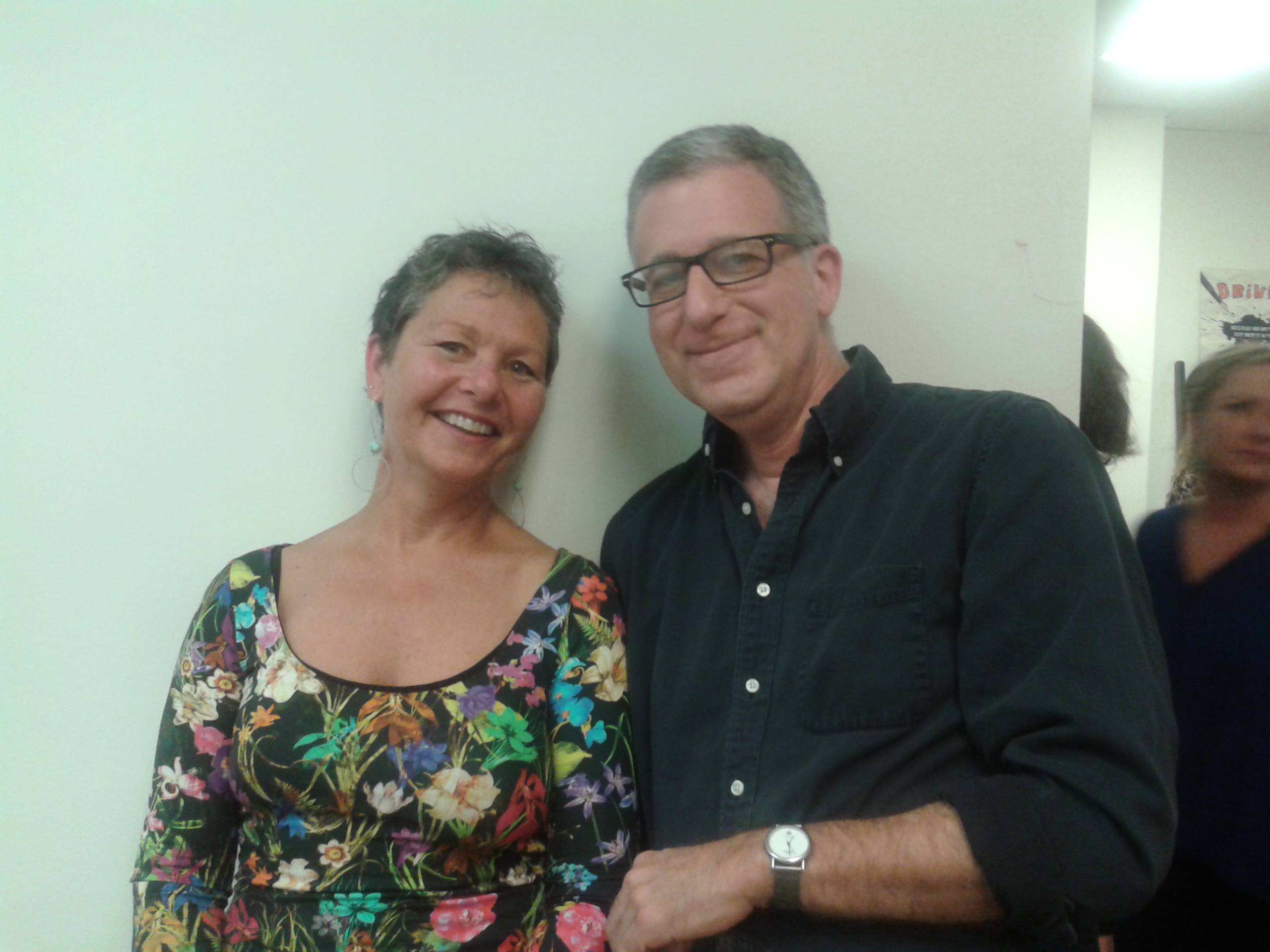 Elizabeth Rosner, whose new novel “Electric City” is due out in October, and literary agent Ted Weinstein.

Regina Marler, author of Bloomsbury Pie: The Making of the Bloomsbury Boom, and the editor of Selected Letters of Vanessa Bell, frequent contributor to the NYTBR and the TLS. 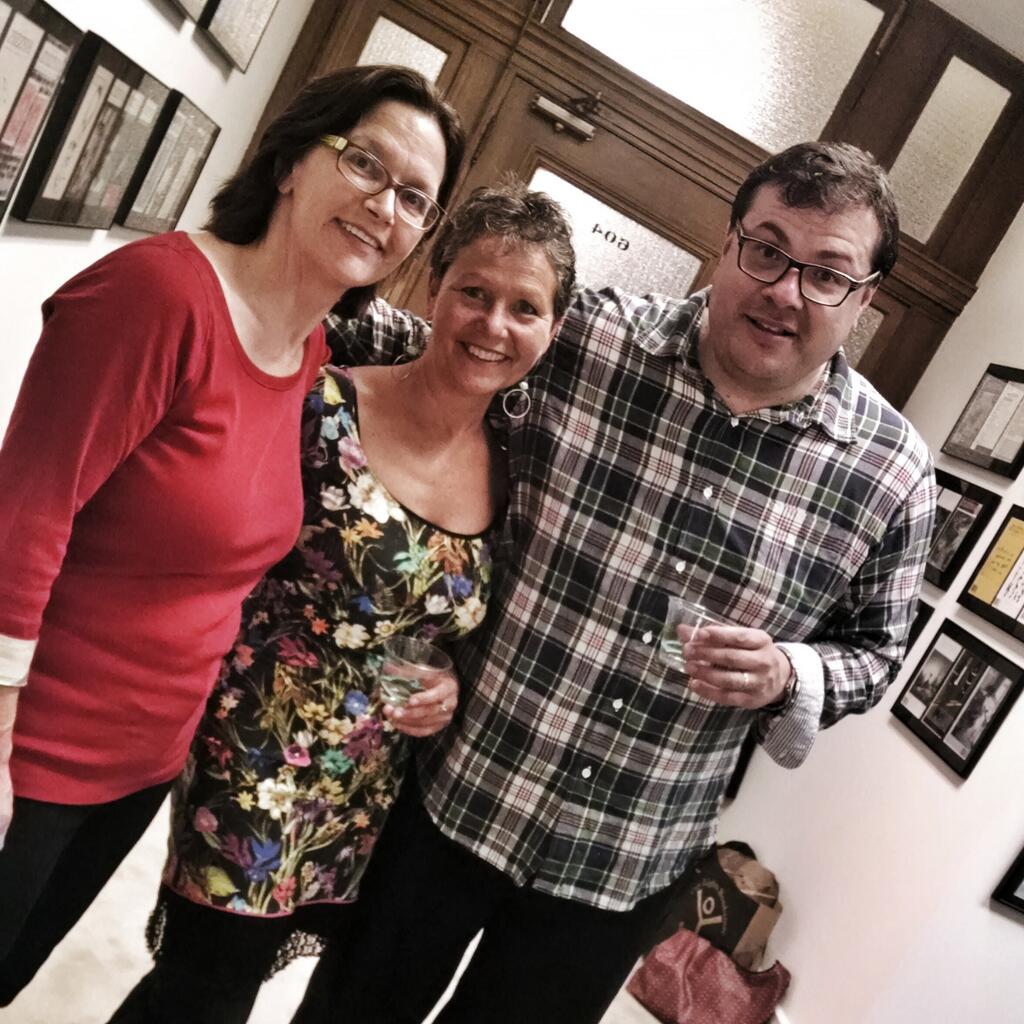 Frances Dinkelspiel, author of Towers of Gold and co-founder of Berkeleyside.

Julia Flynn Siler, author of Lost Kingdom and The House of Mondavi.

Yael Goldstein Love, novelist, critic, and, co-founder of Rooster, a mobile reading service for literary fiction.  (She's finishing up a new novel – The After – about a failed slave uprising in Virginia in 1807.) 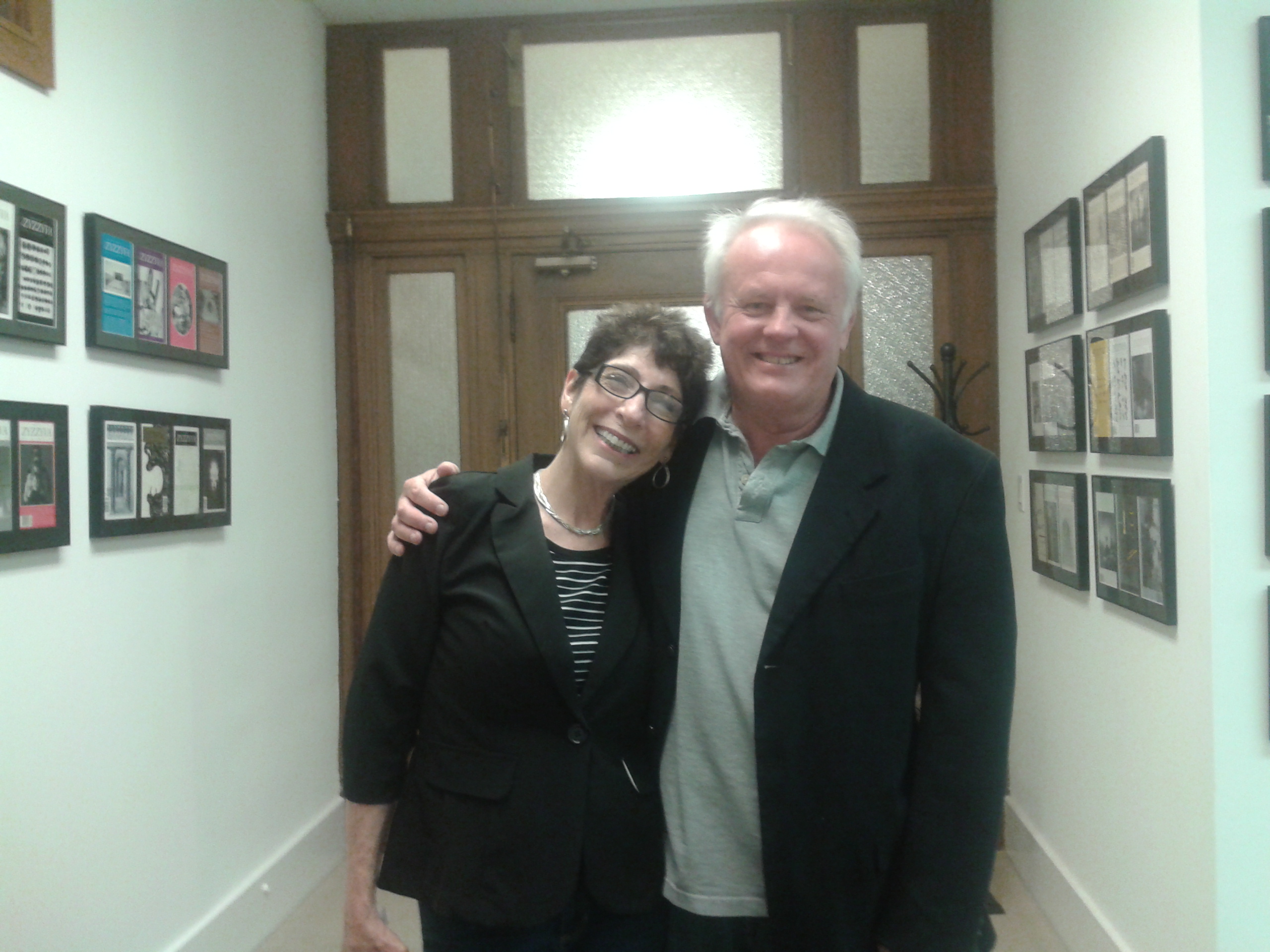 Author and book critic Joan Frank, who just wrote an insightful essay about book readings for the Authors Guild Newsletter, was down from Sonoma County with her husband, playwright Bob Duxbury.

Cherilyn Parsons, who was enthusiastic about the upcoming June 2015 Bay Area Book Festival in Berkeley (she's the hard-working founder).

Lindsey Crittenden, author of The Water Will Hold You. 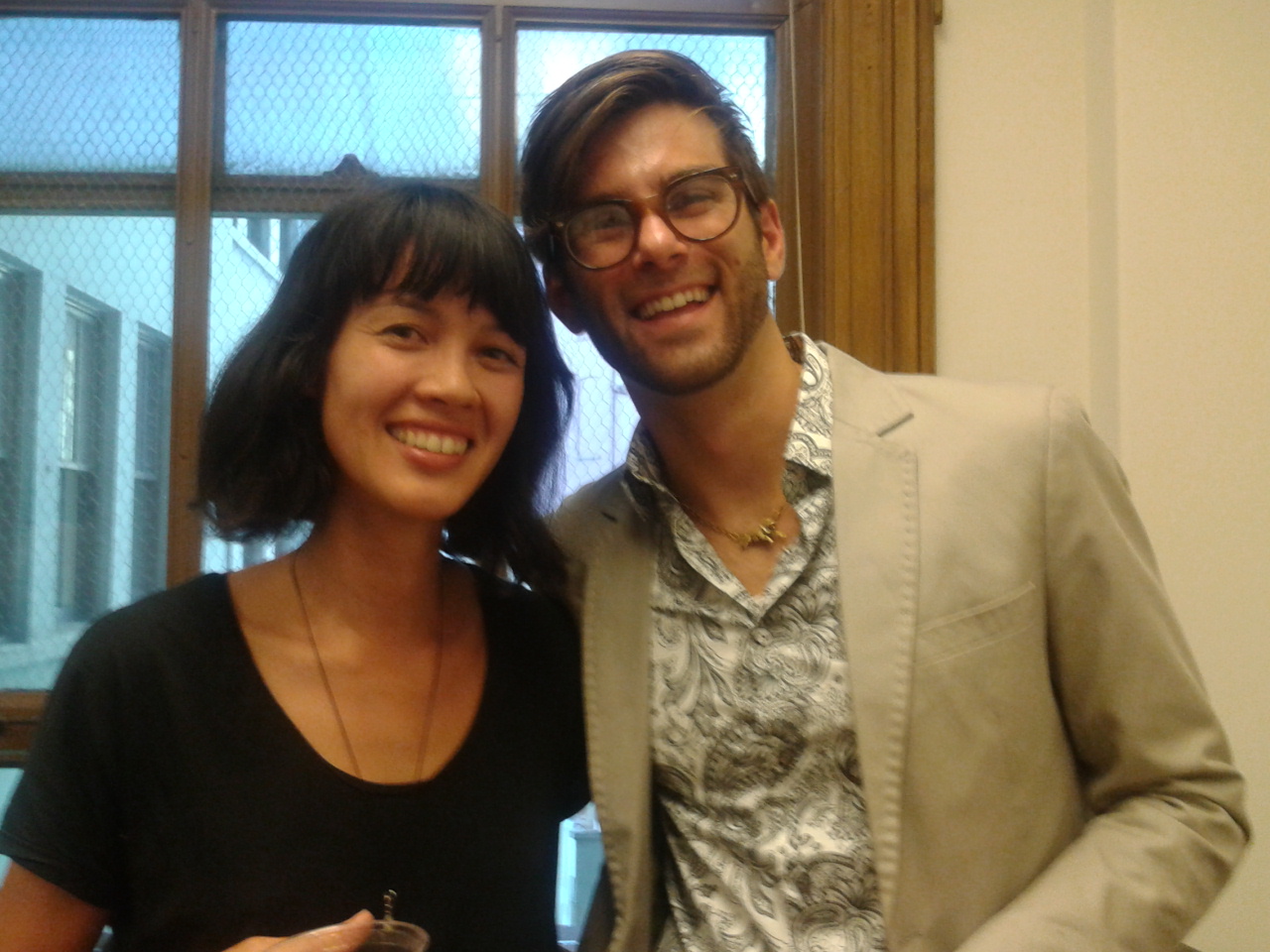 UC Berkeley Ph.D. candidate Katrina Dodson is in midst of translating short stories by Clarice Lispector for a New Directions collection coming out in 2015 (her editor: NBCC finalist and former NBCC board member Ben Moser). She wasn't the only one in the crowd raving about the scenic views from the windows of New Directions headquarters in NYC and its legendary editor, Barbara Epler. Dodson also translated the work of Cristhiano Aguiar for the Young Brazilian Novelists issue of Granta, edited by former NBCC president John Freeman. (Both Lispector and Aguiar are included in this roundup of Brazilian writers.)

Wine from Wine and Spirits magazine, enjoyed by all!