In the weeks leading up to the March 13 announcement of the 2013 NBCC award winners, Critical Mass highlights the thirty finalists. Today, in the tenth of our 30 Books 2013 series, NBCC board member Alex Abramovich offers an appreciation of Jonathan Franzen's criticism finalist, “The Kraus Project” (Farrar, Straus & Giroux). 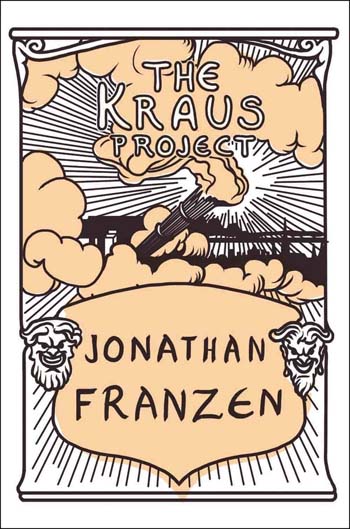 The Kraus Project is only masquerading as a study of the great Viennese aphorist, Karl Kraus. It does contain two essays—on Heinrich Heine and Johann Nestroy—by Kraus himself. But, presented in German, and in new English translations, they are only intermittently fascinating. Jonathan Franzen’s critical scaffolding is the Project’s real heart and raison d’être. His footnotes are forever overwhelming the text—which is a good thing, because Franzen tends to push the original material outside its intended context, out of its time, and into our own—to turn Kraus himself into a sort of time traveller.  Here, he is, for instance, on Kraus and the German insistence “on content over form”:

“…a more contemporary version of Kraus’s dichotomy: Mac versus PC. Isn’t the essence of the Apple product that you achieve coolness simply by virtue of owning it? It doesn’t even matter what you’re creating on your MacBook Air. Simply using a MacBook Air, experiencing the elegant design of its hardware and software, is a plea- sure in itself, like walking down a street in Paris. Whereas, when you’re working on some clunky, utilitarian PC, the only thing to enjoy is the quality of your work itself. As Kraus says of Germanic life, the PC ‘sobers' what you’re doing; it allows you to see it unadorned. This was especially true in the years of DOS operating systems and early Windows. “

Franzen is full of such riffs, juxtapositions, digressions—the Project does many difference kinds of work; is a jeremiad, as well as an intellectual autobiography; is genuinely angry, often sad, often right (though not much concerned with “correctness”), and always searching. Every argument is also an emotional response to our culture, as well as Kraus’s (and the two do begin to look more and more alike). Franzen has some professional help with the scholarly heavy-lifting—and that might have freed him to write one of the year’s most personal and poetic works of criticism. In fact, if you ignore its main text entirely, it’s possible to read The Kraus Project as a book-length Baffler essay, and a necessary compliment to Franzen’s more conventional works.

Alex Abramovich has worked and/or written for The New Yorker, The London Review of Books, Bookforum, The New York Times and other publications. He lives in Oakland, California and Astoria, Queens.