Gabriel Don, on behalf of the School of Writing at The New School and the NBCC,  interviewed Javier Marías, via email, about his book The Infatuations, translated by Margaret Jull Costa (Knopf), which is among the final five selections, in the category of Fiction, for the 2013 NBCC awards. 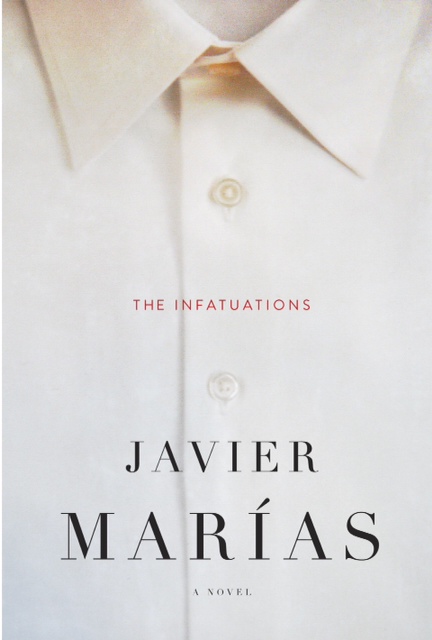 GD: The first sentence of the novel The Infatuations raises so many questions and pulls the reader immediately into the story seeking answers. How does one decide where to begin when writing fiction?

JM: When I start writing a novel, I never know much about the plot, and certainly not the ending. I simply have an idea, or an image, or a sentence that has been lurking for a while. So I suppose my first sentences have to be interesting and appealing enough to lead me down the path they reveal. I very much decide things on the spot, I improvise a lot. But, once I make a decision, I almost never go back on it. I stick to what I said on page 10, even if on page 200 I discover that it would have been easier to say something different on page 10. I realize this is absurd—and perhaps suicidal—but I apply to my novels the same principle of knowledge that rules life: at 40 you may wish you had made a different decision when you were 20, but you can’t go back. Well, in my novels it is the same. The funny thing is that many critics have pointed out that, often, on my very first page, there is a sort of “summary” of the whole novel. But, as I have said many times before, I don’t have a map when I write, just a compass. So I know I am heading “north,” as it were, but not the way I will get there.

GD: I very much enjoyed the long sentences throughout. They seemed to meander like a river, frequently extended by commas, like Proust, often arriving at unexpected places which is rare in contemporary fiction—post Gordon Lish and Raymond Chandler—which I feel favours short sentences with most of the information contained in the top half. What authors—contemporary or historical—do you admire and have influenced the way you structure sentences?

JM: Though I am a great admirer of Dashiell Hammett, for instance, I think that the widespread tendency to use short sentences in fiction is rather impoverishing and boring. To convey a complex or nuanced idea it is often necessary to use long sentences. This means—to a certain extent—that complex and nuanced ideas have been almost banished from literary fiction. However, I try to make my sentences as clear and understandable as possible. Even with the meandering you mention, my prose runs swiftly, at least in my mind and my own reading. Whenever I have read from my books in front of audiences, the pace is fast. I look not only to Proust, but also to Henry James, Faulkner, Sir Thomas Browne, Sterne and Conrad (I have translated work by the latter four, only poetry by Faulkner, though) as models for how to deal with complex ideas and how to do so “musically.” The rhythm of the prose is very important to me, and one of the reasons to use commas, which sometimes allow you to skip “sinces,” “therefores” and “howevers” that may feel like hindrances. Faulkner was once asked why his sentences were so long, and he replied, more or less: “Because I never know if I shall be alive to write the next one.” Thank you so much for liking mine, that is very kind of you.

GD: I was asked to write a wedding poem for the ceremony in India I just attended and I quoted a romantic section of The Infatuations:

“The nicest thing about them was seeing how much they enjoyed each others' company…for there are people who can make us laugh even when they don't intend to, largely because their very presence please us, and so it's easy enough to set us off, simply seeing them, and being in their company and hearing them is all it takes, even if they they are not saying anything extraordinary or even deliberately spouting nonsense which we nonetheless find funny.”

The intriguing thing to me was how by admiring the beauty of this couple, the audience is made an accomplice with Maria as she stalks and finds solace in their relationship. Do you think by placing the narrative in the first person, a reader has already to some degree taken sides?

JM: Well, I have been writing my novels in the first person since 1986, with The Man of Feeling, so I have grown perhaps too accustomed to it. It has both advantages and disadvantages. Among the former, in principle everything is more “believable,” as fragmentary as our own knowledge of reality and of other people’s lives; and yes, it somehow encourages the reader to “take sides,” even if a first-person narrator is not always reliable or trustworthy, just as we are not in real life. Among the latter, you are forced to justify all your knowledge of things; unfortunately, you can’t just enter Madame Bovary’s bedroom, or mind, and say what is going on there, something a narrator in the third person is allowed to do. Throughout my literary career I have strived to find ways of entering characters’ bedrooms or minds without actually doing so.

GD: In contrast to the long sentences, the chapters in The Infatuations are brief, averaging 3-5 pages. Is this for pacing purposes? As an aspiring novelist, who has only written short stories thus far, I find figuring out when to end a chapter very complicated, and committing to and continuing on with chapters to shape a novel as a whole a conundrum. What advice do you have?

JM: Yes, it is for pacing purposes. In other novels my chapters are longer, sometimes very long. On this occasion I realized conventional chapter breaks would serve a purpose. You can start a new chapter without starting a new scene or interrupting a conversation between two characters. I notice that readers are more urgently compelled to go on reading after a chapter break. And, as I said, that break may only be formal, a convention. It is not that you “delude” the reader, but rather invite him or her to pause, and he or she will usually accept the invitation. We authors must be very grateful to readers who comply with us.

GD: Do you feel that something is lost, or possibly gained, in translation? Are their some things (words, meaning, concepts) you think cannot be transferred from Spanish to English?

JM: When I used to teach Theory of Translation (in Madrid, also at Oxford University and at Wellesley College), the very first day I said two contradictory things: 1) Translation is impossible. 2) Everything can be translated. And gave examples that supported both assertions. I believe both are true. For instance, in Spanish we have so many different diminutives that it’s a challenge not only to “properly” translate them, but even just to explain them. In Spanish, a “tonto” (a fool, a silly person) is not quite the same thing as a “tontuelo,” “tontín,” “tontito,” “tontazo,” “tontorrón,” “tontaina,” or “tontaco.” Similarly, English has “to look,” “to watch,” “to glare,” “to gaze,” “to stare,” “to peer,” “to peep.” Spanish doesn't, so we must usually add an adverb. But I do think there are always ways of “compensating,” as it were, for what you might miss in one line of the text, perhaps in the next line. Certainly, if a translator is poor, then a lot is lost. And if he or she is excellent, then something may be gained. And, of course, once you know a second or third language, then you miss, in your own, certain words or expressions that are available in other languages. For a writer it is a challenge, sometimes, to try to “incorporate” into your own language what it lacks.

Javier Marías was born in Madrid in 1951. The recipient of numerous prizes, including the International IMPAC Dublin Literary Award and the Prix Femina Étranger, he has written thirteen novels, three story collections, and nineteen works of collected articles and essays. His books have been translated into forty-three languages, in fifty-two countries, and have sold more than seven million copies throughout the world.

Gabriel Don received her MFA in Fiction at The New School, where she  worked as the chapbook and reading series coordinator. Her work has  appeared in The Brooklyn Rail, Great Weather for Media's anthology The  Understanding Between Foxes and Light, A Minor and Westerly and is forthcoming in Mascara Literary Review Issue 15. She has  appeared in visual poems such as Woman Without Umbrella and Unbound.  She started several reading-soiree series and is editorial staff at LIT.