Thanks to The School of Writing at The New School, as well as the tireless efforts of their students and faculty, we are able to provide interviews with each of the NBCC Awards Finalists for the publishing year 2013.

Nora Brooks, on behalf of the School of Writing at The New School and the NBCC, interviewed Denise Duhamel about her book Blowout (University of Pittsburgh Press), which is among the final five selections, in the category of Poetry, for the 2013 NBCC awards. 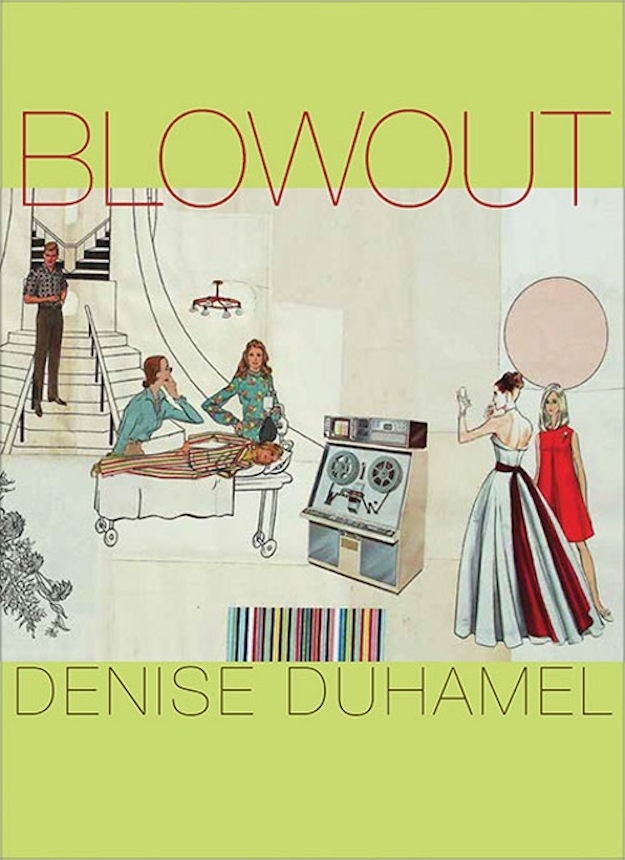 From the Publisher: Blowout is both a celebration and mourning of romantic love—the blowout of a party, as well as the sudden rupture of a front tire.

NB: I was really taken with your phrasing “narrative postconfessional transgressive poetry” in your poem on finding new love, which comes after a divorce.  What was involved for you in making art from such personal material?

DD: A lot of deep breaths, and a lot of letting go.  I used Frank O'Hara as a starting point, a place from which I could build the frame and the anaphora.  O'Hara could write about joy like no other. He knew when to jump up and down, but also when to hold back. In his poem “Having a Coke with You,” he writes about the “the secrecy our smiles take on before people and statuary,” implying the couple's privacy is treasured beyond the public display of the love poem.

NB: The title of that poem, “Having A Diet Coke with You,” is a nod to the Frank O’Hara poem of a similar title.  Do you see this book as being in the lineage of the New York School?

DD: Indeed.  I am a lover of the poets of the New York School, its first and also second generations (especially Anne Waldman and Joe Brainard.)  But Frank O'Hara was not locked only into the New York School. He also had many Beat poet friends and made a poetry film The Last Clean Shirt with Alfred Leslie, who also made the film Pull My Daisy, narrated by Jack Kerouac.  Like many other contemporary poets, I see my work as not belonging to just one school.  I am also influenced by the more earnest poems Sharon Olds and Dorianne Laux.

NB: This book sometimes makes use of long conversational sections of prose poetry, although you have also written in traditional forms.  What felt right to you about the prose poem for this book?

DD: I have been in love with the prose poem since my introduction to it, which happened to be through Jayne Anne Phillips' chapbook Sweethearts.  The prose poem's obvious contradiction (a poem which is also a prose block) mirrors the denial and the rebuttals of many of the poems in Blowout. I like Peter Johnson's gesture towards a definition of the prose poem.  He writes, “Just as black humor straddles the fine line between comedy and tragedy, so the prose poem plants one foot in prose, the other in poetry, both heels resting precariously on banana peels.”  I felt that way as I composed the prose poems in this book.

NB: In your poem on a family emergency during the midst of your divorce, “Takeout, 2008,” you write of having to miss a fiction workshop: “I never did sit in that class and get the hang of plot.”  Yet this book very much seems to have a plot, perhaps of recovery.  What was your thinking about how to structure this collection?

DD: I envisioned the dramatic arc of a three-act play. “Takeout, 2008” appears in the first of the three sections of Blowout so, in essence, the speaker does get “the hang of plot,” at least a little bit, by section three.

NB: Popular culture frequently makes an appearance in your work.  In “Madonna and Me,” you draw a parallel to a celebrity divorce happening at the same time as your own. Is there a way that reflections of ourselves in pop culture feel particularly poignant during a time like divorce?

DD: I followed so many of the particulars of celebrity divorces swirling around me, though I’m sure most of the stories were rumors or half-truths.  Those salacious tidbits of gossip were somehow comforting and terrifying at the same time.  When going through a divorce, one (and I guess I mean “I” here) can feel completely exposed, as though a mask has been ripped to reveal a wounded core one didn’t even know was there.  In “Madonna and Me,” I equate the veneer of celebrity with the veneer of a seemingly happy marriage. 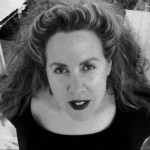 Denise Duhamel is the author, most recently, of Blowout (University of Pittsburgh Press, 2013) Ka-Ching! (Pittsburgh, 2009), Two and Two (Pittsburgh, 2005), Mille et un Sentiments (Firewheel, 2005) and Queen for a Day: Selected and New Poems (Pittsburgh, 2001.) She is the guest editor is for The Best American Poetry 2013. A recipient of a National Endowment for the Arts fellowship, she is a professor at Florida International University in Miami.

Nora Brooks is a poetry MFA student at The New School whose poetry and nonfiction has previously been published in PopMatters, Poets & Writers, Redactions, Alimentum, and Monkeybicycle, among others, and she was nominated for a Pushcart Prize.  A poem video, 5000 Evenings of Myrrh and Doves, made in collaboration with video artist Jason Bahling was recently screened at Katz Delicatessen's 125th anniversary celebration.