What is your favorite National Book Critics Circle finalist of all time? The first NBCC winners, honored in 1975 for books published in 1974, were E.L. Doctorow (Ragtime, fiction), John Ashbery (Self-Portrait in a Convex Mirror, poetry), R.W.B. Lewis for his biography of Edith Wharton, and Paul Fussell (The Great War and Modern Memory, criticism). In 2014 the National Book Critics Circle prepares to celebrate nearly forty years of the best work selected by the critics themselves, and also to launch the new John Leonard award for first book. So we're looking back at the winners and finalists, all archived on our website, and we've asked our members and former honorees to pick a favorite. Here's the thirty-seventh and last in our latest in six years of NBCC Reads surveys, author Norman Rush turns the tables and chooses as his favorite finalist/winner ever a book critic, George Scialabba, winner of the 1991 NBCC award for excellent in reviewing.

“Essayist George Scialabba is a rare bird,” wrote Tim Barker in June 2013 Bookforum,“the sort of independent general intellect whose disappearance is so often lamented. Noted for his distinctive voice, well-furnished mind, and dizzying range, Scialabba is a kind of writer's writer, earning high praise from luminaries such as the late Richard Rorty and the ornery critic Russell Jacoby.” Scialabba was also awarded the National Book Critics Circle Nona Balakian Award for Excellence in Reviewing in 1991, named after a founding NBCC member who was a long-time editor at the New York Times Book Review. We end this chapter of NBCC Reads during the week the Balakian committee begins reading 55 submissions from current members who are vying for this year's Balakian award. Things have changed a bit since Scialabba won. Since 2012, the Balakian Citation carries with it a $1,000 cash prize, thanks to a generous donation by NBCC board member Gregg Barrios. All Balakian winners are listed here, after the committee members. 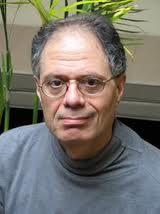 If you really want to understand what you 'understand,' George Scialabba is the writer for you.

If you have mixed feelings about complicated figures of importance like, say, James Rorty, George Orwell, Christopher Hitchens, George Scialabba will unmix them.”

No one in the Afterleft has written more lucidly, steadfastly, penetratingly, amid the conflicting advocacies surrounding us. His new book, For The Republic, Political Essays, exhibits a distillation of his virtues that will make you want to read everything that this friend of the truth has written.

Norman Rush was raised in Oakland, California, and graduated from Swarthmore College in 1956. He has been an antiquarian book dealer, a college instructor, and, with his wife Elsa, he lived and worked in Africa from 1978 to 1983. They now reside in Rockland County, New York. His stories have appeared in The New Yorker, The Paris Review, and Best American Short Stories. Whites, a collection of stories, as published in 1986, and his first novel, Mating, the recipient of the National Book Award and a finalist for the National Book Critics Circle award, was published in 1991. He is also the author of the novels Mortals and Subtle Bodies.