What is your favorite National Book Critics Circle finalist of all time? The first NBCC winners, honored in 1975 for books published in 1974, were E.L. Doctorow (Ragtime, fiction), John Ashbery (Self-Portrait in a Convex Mirror, poetry), R.W.B. Lewis for his biography of Edith Wharton, and Paul Fussell (The Great War and Modern Memory, criticism). In 2014 the National Book Critics Circle prepares to celebrate nearly forty years of the best work selected by the critics themselves, and also to launch the new John Leonard award for first book. So we're looking back at the winners and finalists, all archived on our website, and we've asked our members and former honorees to pick a favorite. Here's the sixth of dozens of choices in our latest in six years of NBCC Reads surveys. The Stories of John Cheever won the 1978 NBCC fiction award, and also a National Book Award and the Pulitzer Prize in Fiction. 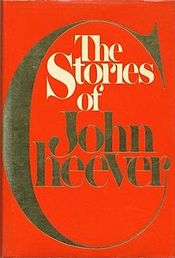 So many of the finest works of the last 38 years have been nominated for the NBCC book awards that it’s almost impossible to choose a single title. Many of the best did not finally win the award, including Irving Howe’s seminal World of Our Fathers, Norman Mailer’s remarkable nonfiction novel The Executioner’s Song, J. M. Coetzee’s best novel, Disgrace, Marshall Berman’s irresistible study of modernism, All That Is Solid Melts Into Air, Paul Zweig’s unsurpassed biography of Whitman, and Wayne Koestenbaum’s delicious meditation on gay men and opera, The Queen’s Throat, to name just a few. Among those that did win the award, my favorites, singled out almost at random, include Ian McEwan’s Atonement, Joseph Frank’s definitive biography of Dostoevsky, perhaps Philip Roth’s best novel, The Counterlife, C. K. Williams’s collection of poems, Flesh and Blood, Marilynne Robinson’s poignantly intelligent Gilead, and two enduring collections of essays, Joseph Brodsky’s Less Than One and Gary Giddins’s Visions of Jazz. But faced with the impossible demand to select only one title, I’d have to plump for The Stories of John Cheever.

First of all the stories, one after another, are simply wonderful – beautifully shaped, seductively written – the evolving arc of a whole career, brought together with perfect tact. A good dozen of them are among the outstanding stories of the postwar years – quite a batting average. Then too, the book came out at a low ebb of Cheever’s career: his writing had changed, The New Yorker, long his literary home, had begun turning down his work, which had nevertheless been typed, quite wrongly, as a certain kind of New Yorker story, teacup tragedies about predictable material – the genteel, gentile middle class, the terminally boring life of the suburbs – in a predictable tone of bland, well-mannered civility. Also, Cheever’s reception had turned sour; his edgiest novel, Falconer, had hardly been understood by reviewers, let alone welcomed. But reading the stories en masse overturned the stereotypes about him and his work, which now looked much darker and more daring than anyone had realized. There was a dawning sense of his conflicted, surprisingly tormented nature, which would be amply confirmed by the posthumous publication of his journals. Finally, there was the man himself, who charmed the pants off everyone as he accepted the award. I can still recall the wicked grin on his face, along with that wry New England tone of voice, when he said that he was so used to presenting awards to his friend Saul Bellow (whom he hugely admired) that he never expected to take one home himself. It was a performance, one of the most winning I&rrsquove seen, but it was also heartfelt, a long overdue recognition that had to be the best reason for handing out these awards in the first place.

A longstanding contributor to the New York Times Book Review and the Times Literary Supplement, Morris Dickstein has also written for The American Scholar, Bookforum, The Nation, and many other publications, combining a career as a teacher and scholar with the activities of a public intellectual. His books include a widely known cultural history the 1960s, Gates of Eden, a finalist for a National Book Critics Circle Award in criticism in 1978. Among his other books are a study of modern criticism, Double Agent (1992); a social history of postwar American fiction, Leopards in the Temple (2002); and a collection of essays on realism and literature, A Mirror in the Roadway (2005). His most recent book, Dancing in the Dark: A Cultural History of the Great Depression (2009), received the Ambassador Book Award in American Studies from the English-Speaking Union and was a finalist for the National Book Critics Circle Award in criticism. Dickstein has served on the board of the National Book Critics Circle, as Vice-Chair of the New York Council for the Humanities, and as president of the Association of Literary Scholars and Critics. The late Norman Mailer described him as “one of our best and most distinguished critics of American literature.”