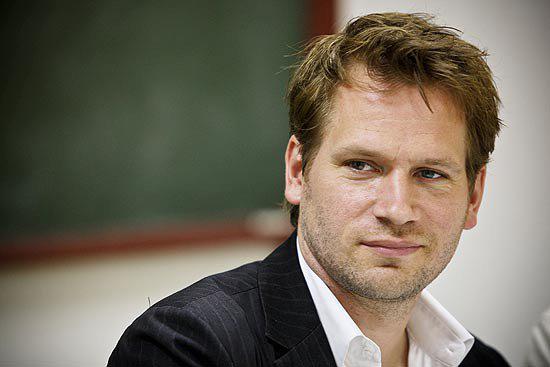 For the second list in 1993, which was equally prescient. Buford continued as head judge, along with three others–novelists A. S. Byatt and Salman Rushdie, bookseller John Mitchinson. Their picks included Alan Hollinghurst, A.L. Kennedy, Ben Okri, Will Self, and Jeanette Winterson.

For the 2013 “Best of Young British Novelists” list, announced in London April 15, the judging was overseen by another American, John Freeman, who describes himself in the new volume's intro in Bellovian terms as “an American, Cleveland-born–Cleveland, that river-saddened city…” He was president of the National Book Critics Circle from 2006-2008, and has been Granta's editor since 2009.

John Freeman interrupted his dinner in London to answer a couple of questions via phone.

Q. Was the judging process influenced by your experience as president of the National Book Critics Circle?

A. The lessons of chairing the NBCC were constantly on my mind. We had more judges this time around than ever, partly to filter out any horse trading.  The judges were selected for their passion, their mania, for new fiction, and their independent thinking. Finally, yes, the process was relentless. Internally, it went on for three years. The Britain issue in May 2012 was a warm-up for this issue. The judges read and reread. We respected one another, and in the end we reached a list we were all proud of.

Q. Three years! And you were still speaking to each other?

A. Well, the judges came on in the last year, but yes, we wanted to be exhaustive.

Q. And how did you select the judges–A.L. Kennedy, twice selected for the list (in 1993 and 2003), Gaby Wood, literary editor of the Telegraph, Stuart Kelly,literary critic for The Scotsman, novelist Romesh Gunesekera, Granta's Swedish-born publisher Sigrid Rausing, Granta deputy editor Ellah Allfrey, who was born in Zimbabwe,

A. Experience, passion, depth of knowledge, willingness to read a lot of books, and a sense of their independence. I also wanted there to be more non-Granta people than judges from Granta, so we couldn't be swayed by experience of knowing the writers we have published.

Q. You cast a wider net this year, reaching out to former honorees on the list, literary professionals, independents, as well as agents and publishers for 150 some submissions.

A. There are many fewer small presses in the UK, so we did go out of our way to make sure they knew about the list, and came close, very close, with two writers who were published on such lists, but ultimately the only criteria was quality.

We didn't expand the geographic remit for this list, it has always been about having a British passport and being under 40. We found, by accident, that many of the writers we liked just happened to have another passport, which says something I suppose about the colonial diaspora and the way having more than one culture on which to draw enriches a novelist's empathic bandwidth. We did include one novelist who is about to become a British citizen, but there was a precedent there – Yiyun Li of the 2007 American list only recently became a US citizen. In this case–Kamila Shamsie, born in Pakistan and on the way to becoming a British citizen–as with hers, it was a talent who could not be ignored. I should stress we didn't set out to find a diverse list, we just wanted a group of bold writers, strong storytellers, writers who had a sense of the tradition and the sound of the language, and so it's hard to say what this says about 21st century lit; that is for you to say and for them to live out in their future work.